Beyoncé’s onstage pregnancy reveal at the 2011 VMAs was an unforgettable moment in pop culture history — but it created some “stressful” moments for the superstar’s mom.

Tina Knowles-Lawson, who famously designed performance outfits for her daughter (and her Destiny’s Child bandmates) for years, opened up about the fashion feat on Instagram Wednesday.

“Well this was a stressful night, at least it began that way!!!,” the stylish matriarch, 67, began her lengthy caption.

“Two hours before the performance we realized that the pants that I had gotten made were too tight and uncomfortable; the panel that I had put in them was not stretchy enough.”

With no time to spare, Mama Tina headed to the nearest maternity store.

“Two hours before the performance I was at A Pea in the Pod,” she continued. “I bought two sizes in maternity pants but wound up taking the panel off of one of them and putting it in the ones that I had made!”

“When she opened that jacket and showed her stomach it was the biggest relief ever,” Knowles-Lawson recalled. 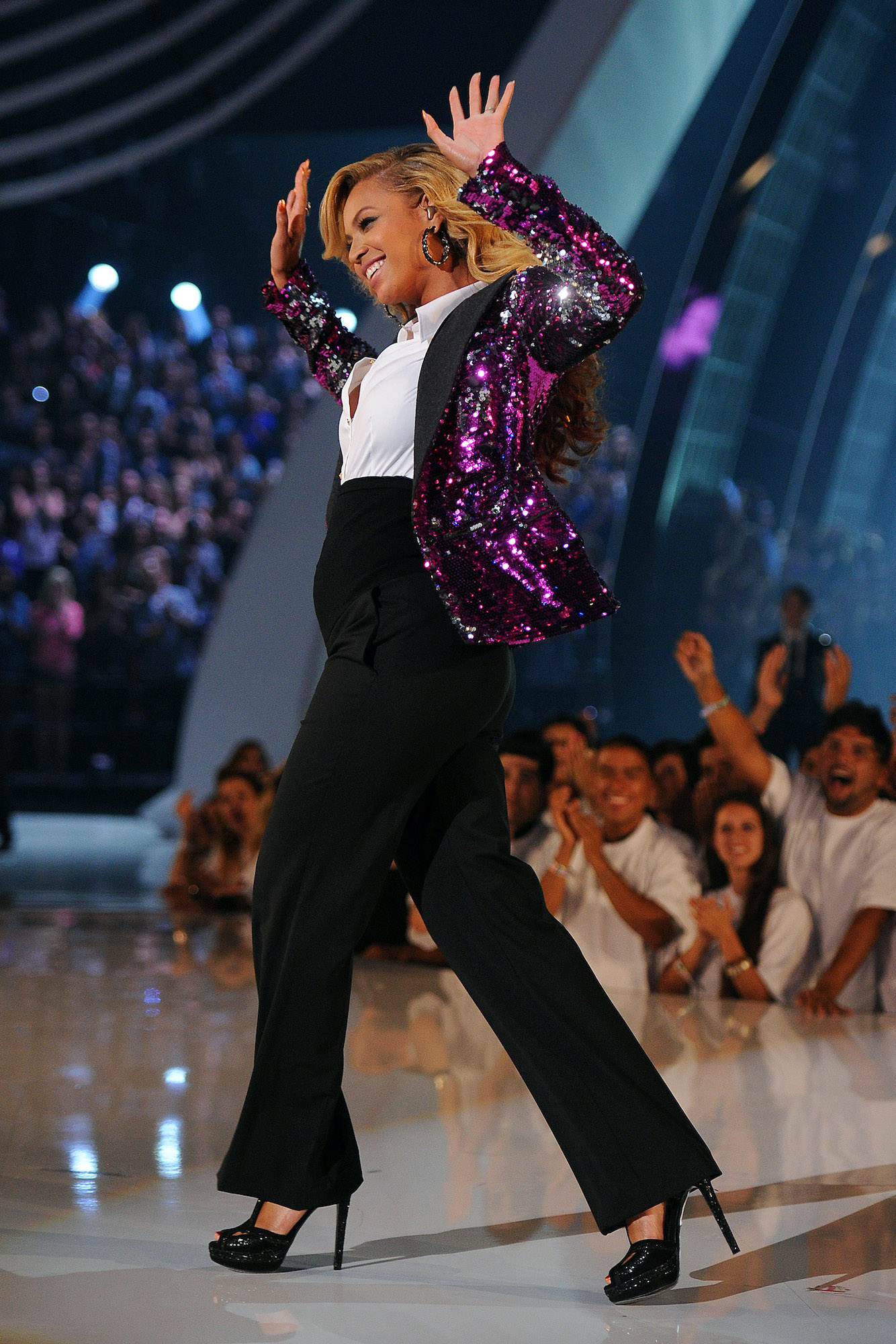 “We didn’t have to keep the secret anymore. I didn’t have to design with the first priority being to camouflage the growing belly! … It was the best feeling in the world to [see] her show the whole world that tummy.”

To belt out “Love On Top” at the VMAs a decade ago — and show everyone she was pregnant with daughter Blue Ivy — Beyoncé paired the stretchy pants with a purple sequined Dolce & Gabbana blazer, a white button-down shirt and platform heels.

Commenters were in awe of Knowles-Lawson’s story: “Creator of surprise pregnancies!!!” one fan quipped, while another wrote, “I loooveee the BTS commentary Mama Tina keep it coming.”

“One of the most iconic nights in music history. I remember this vividly,” a third added.

Knowles-Lawson also recently shared a fun fact about the purple-and-green Versace dress Beyoncé wore to perform “Crazy in Love” at the 2003 BET Awards: She hacked off the look’s long hemline herself.

The fashion moment came full circle on the red carpet at Sunday’s 2021 BET Awards, when Zendaya turned heads in the same dress (in original gown form). 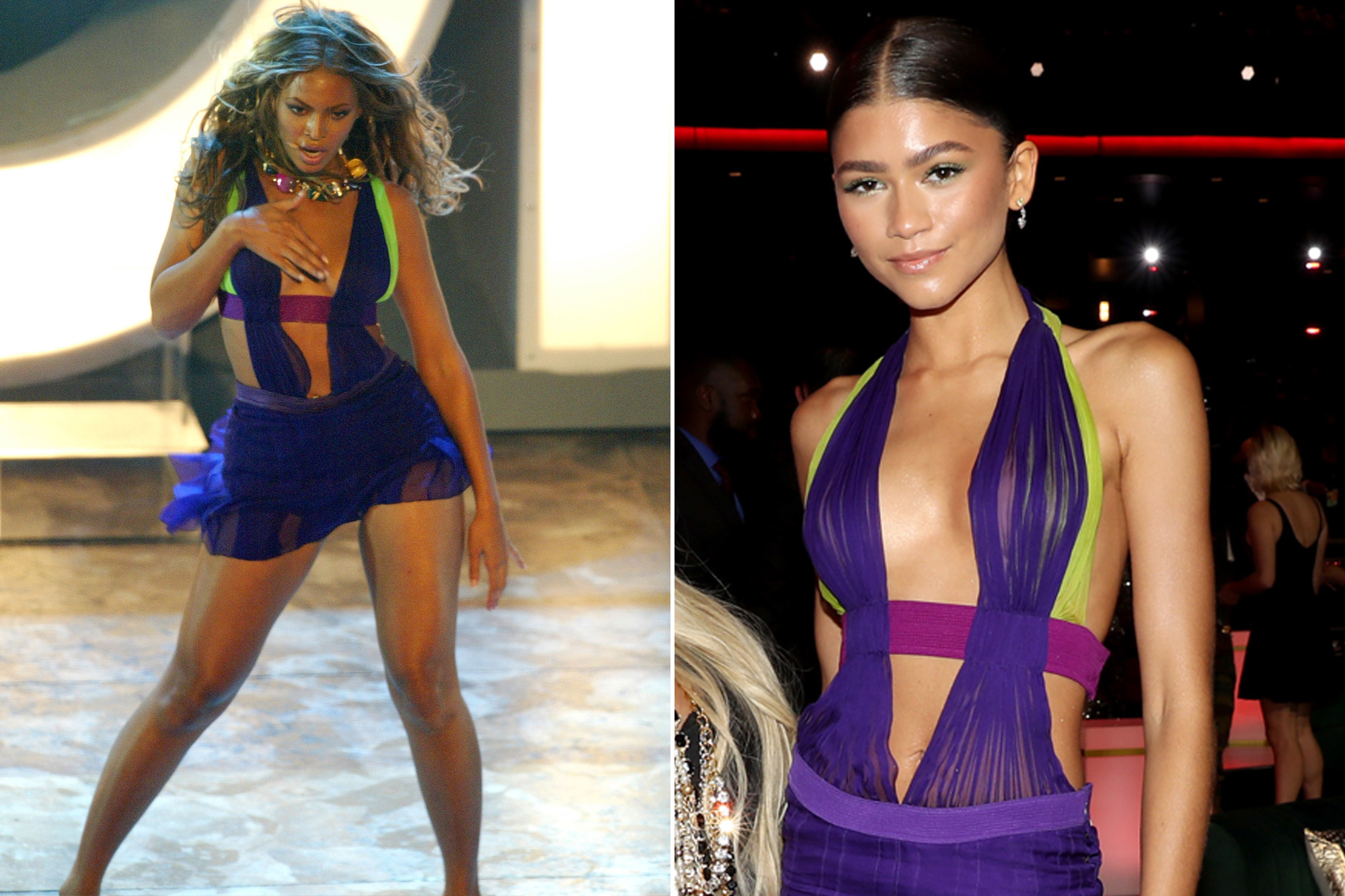