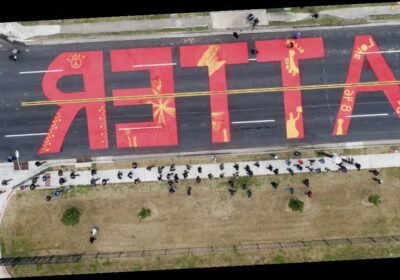 Representative Lance Gooden said after the vote that he pressed the wrong button when casting his vote for the sweeping police reform bill. The Texas congressman made clear that he did not support the legislation and later changed his vote.

“I accidentally pressed the wrong voting button and realized it too late,” Gooden wrote in a tweet that he later deleted. “I have changed the official record to reflect my opposition to the partisan George Floyd Policing Act.”

Gooden later posted another tweet showing the form he submitted to flip his vote.

“I have arguably the most conservative/America First voting record in Congress!” he wrote. “Of course I wouldn’t support the radical left’s, Anti-Police Act. I have changed the official record to reflect my opposition!” [SIC]

I have arguably the most conservative/America First voting record in Congress!

Of course I wouldn’t support the radical left’s, Anti-Police Act.

I have changed the official record to reflect my opposition! pic.twitter.com/s7uCdlxvgO

The Heritage Action for America advocacy group gives Gooden, a former state legislator who was elected to Congress in 2018, a 100% lifetime rating for conservative votes.

CBS News reached out to Gooden’s office to ask why he deleted his initial tweet.

The George Floyd Justice In Policing Act narrowly passed in a 220-212 vote. All House Republicans — except Gooden, at first — voted against it, as well as two Democrats, Representatives Jared Golden of Maine and Ron Kind of Wisconsin.

Golden took issue with a provision ending qualified immunity for law enforcement, and Kind said he was disappointed by the failure of his amendment for $100 million to support de-escalation and implicit bias training.

The bill initially passed in June 2020, a month after the death of George Floyd in Minneapolis policy custody, but it failed in the Republican-led Senate. It now goes to a 50-50 split Senate led by Democrats, but will need 10 Republican votes to pass.