Home » Lifestyle » The new British rums that pack a punch!

The new British rums that pack a punch! 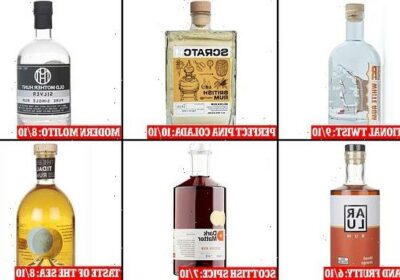 Gone are the days when a daily tot of rum was an official ration for Royal Navy sailors. But with a huge sales boost during the pandemic, the spirit is once again on the rise — and this time it’s British brands making waves.

Given the success of the UK’s recent gin revolution, with sales topping £1 billion, it’s perhaps no surprise that British producers have now turned their attention to rum.

But there’s one big difference. Gin is made from grain, which is grown widely in the UK. Rum, on the other hand, is made from sugar cane, usually grown in tropical climates.

To get around this issue, some British producers are importing ingredients such as molasses, while others are importing ready-made rums and blending, flavouring or ageing them to create their own styles. 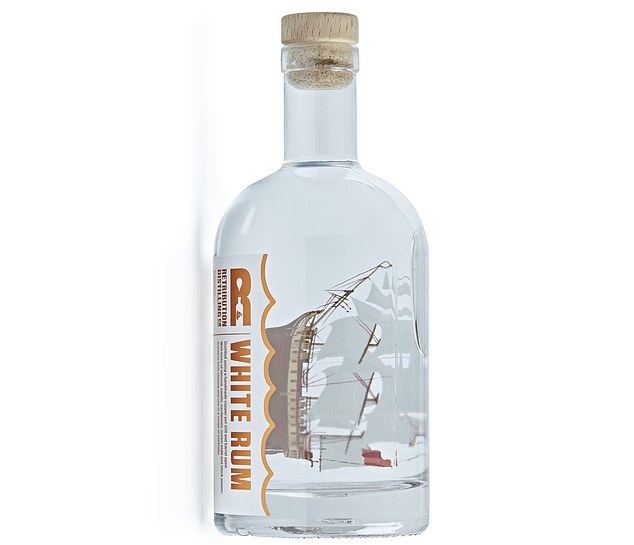 Helen McGinn gives verdict on a selection of the best British rums worth mixing with or simply sipping on – including Retribution White Rum, 44 per cent abv (pictured)

Currently there are around 20 British distilleries making rum, and with more UK gin distilleries joining the rum party, the number of British blends is set to increase.

So which British rums are worth mixing with or simply sipping on? Femail’s drinks expert Helen McGinn picks some of the best of British …

From a distillery in Somerset, this small-batch white rum is made in a traditional copper pot still from molasses (rather than sugar cane juice, another way to make rum).

It’s unaged, meaning it hasn’t spent any time in a cask or barrel, and as soon as you stick your nose in the glass you get a blast of sweetness followed by warm biscuity flavours on the palate. Smooth enough to sip on its own but fabulous in a daiquiri too. Pop the bottle on its side to reveal the ship inside! 9/10 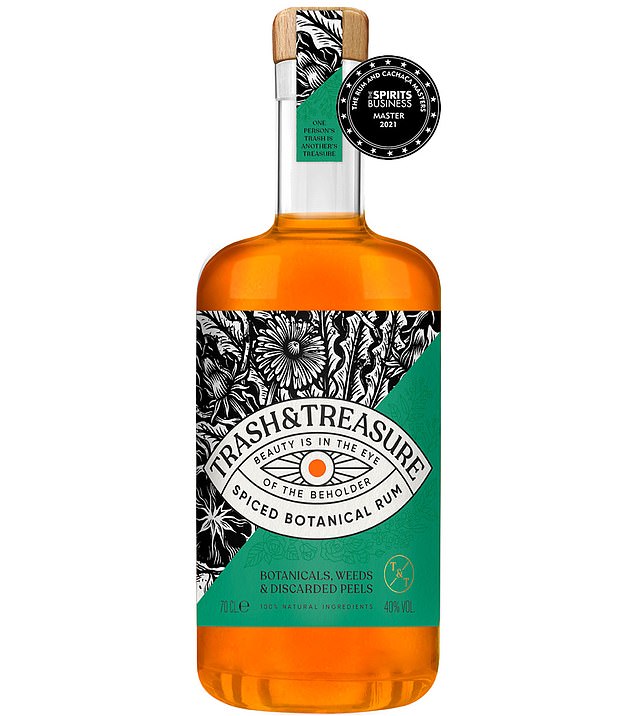 Made by award-winning gin producer Tom Warner, this is an unusual take on rum (his other top tipple).

Using discarded citrus peels, overripe bananas and dandelions, he flavours white Jamaican rum by distilling it in a pot still with the botanicals, then macerating it (the process of softening through soaking) with more botanicals to give the liquid its colour.

The result is bonkers but utterly delicious, balanced with both sweetness and bitterness. Serve over ice and top up with ginger beer and a wedge of lime.7/10 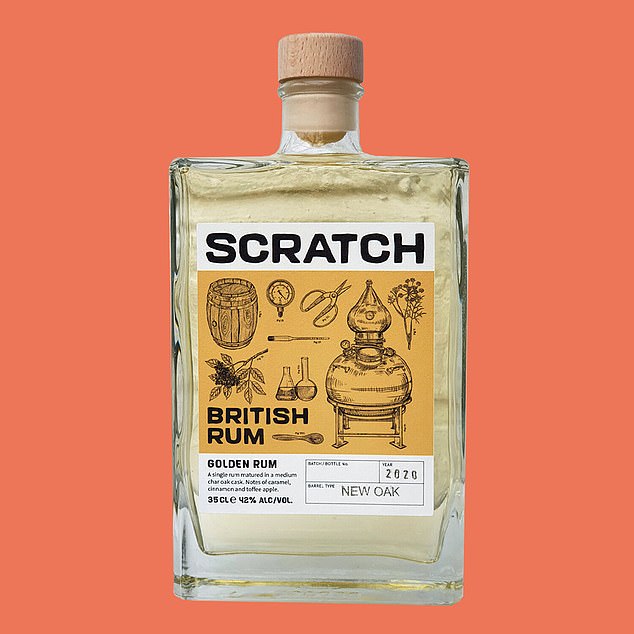 Helen said Scratch Golden Rum, 42 per cent abv (pictured) is best sipped on its own or mixed with some pineapple juice to make a posh pina colada

One of a handful of British rums to be made here from scratch (hence the name), this is the work of Doug Miller.

He set up his distillery in Hertfordshire back in 2016 and has been honing his craft ever since, producing a range of rums using British refined molasses together with a mix of different yeasts for fermentation, botanicals for flavour and casks for ageing.

This rum is matured in new oak casks and is deliciously smooth, with cinnamon flavours. Sip on its own or mix it up with some pineapple juice to make a posh pina colada. 10/10 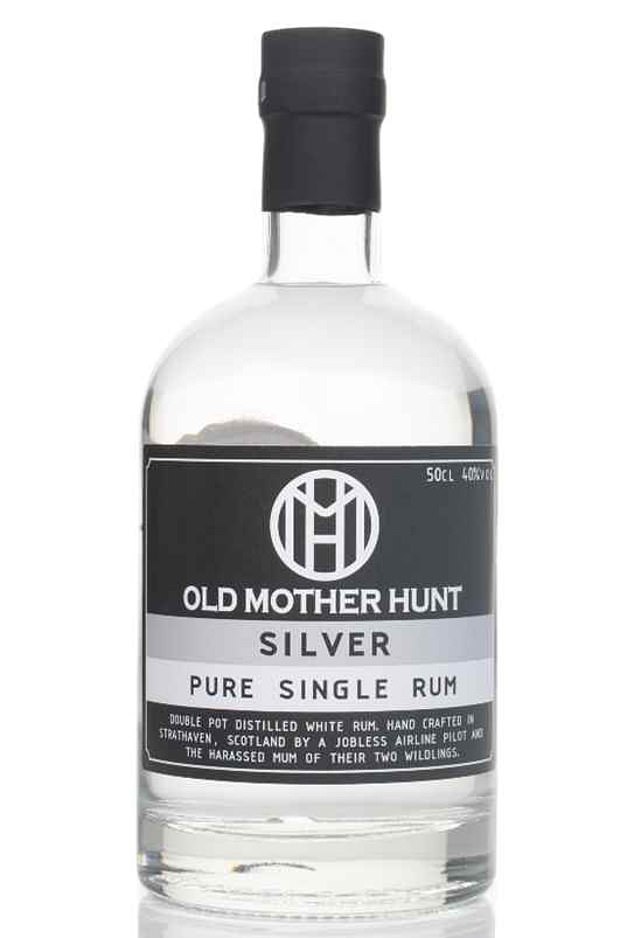 When pilot Matt Hunt was made redundant at the start of the pandemic, he and his wife, Becky, decided to start their own rum distillery. Based in Strathaven in South Lanarkshire, they now make a range of blends including a Golden, Spiced and Dark rum, but it’s this Silver one that really shines.

Made from molasses and double-distilled in a copper pot still, it’s beautifully smooth and creamy. Serve over ice and top up with tonic, or try it in a classic mojito.8/10 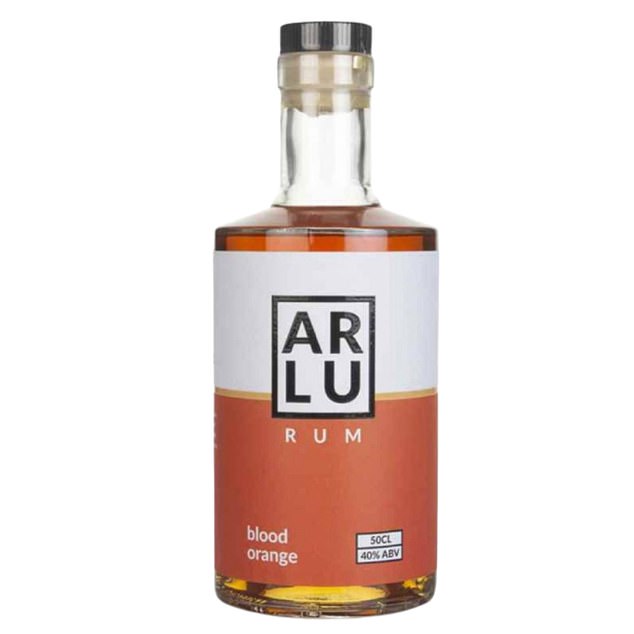 Helen said Arlu Blood Orange Rum, 40 per cent abv (pictured) is one to try if you like your rum with sweetness and a fruity twist

From the makers of Didsbury Gin in Manchester, founders Mark Smallwood and Liam Manton have turned their attention to rum.

Using imported Caribbean rum from the Demerara Diamond Distillery, there are three flavours to choose from, including Original Spiced, Passionfruit & Mango and this one, Blood Orange. One to try if you like your rum with sweetness and a fruity twist. Serve over ice or mix up a punch. 6/10 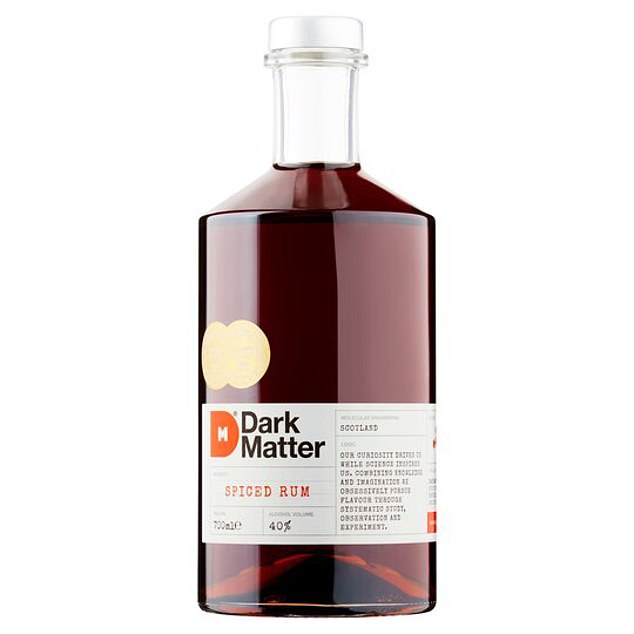 Helen said Dark Matter Spiced Rum, 40 per cent abv (pictured) is best served on its own or as an old fashioned

Scotland’s first rum distillery was set up by brothers Jim and John Ewen in 2015, and their molasses-based Spiced Rum is quite something.

Infused with a heady mix of oriental ginger, Indonesian long pepper, allspice berries and Thai green peppercorns, it smells rich and warm. Take a sip and it explodes with sweetness and spice and an almost cola-like quality. Serve on its own or — my favourite — make an old fashioned with it. 7/10

Taste of the sea 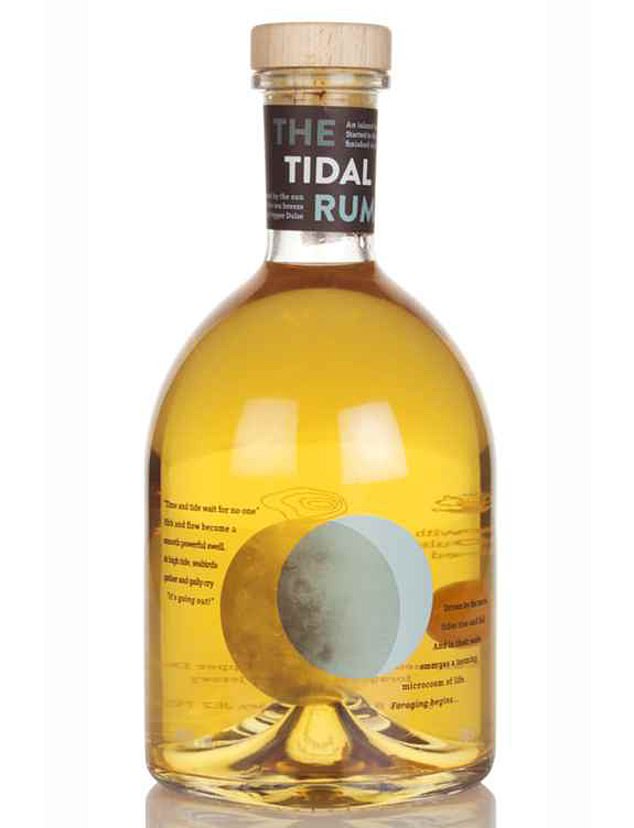 Helen said Tidal Rum, 40 per cent abv (pictured) is warm and fruity with a touch of smoke, best served with soda and a squeeze of lime juice

This gorgeous-looking rum from Jersey’s Shorts Boy Distillery is made from a blend of four cask-aged rums from Trinidad, Jamaica, Barbados and the Dominican Republic.

It’s then infused with wild Pepper Dulse seaweed, foraged from Jersey’s shoreline and known for its truffle-like quality.

I can’t say I can taste truffle in there, but it is delicious nonetheless — warm and fruity with a touch of smoke. Serve it with soda and a squeeze of lime juice. 8/10