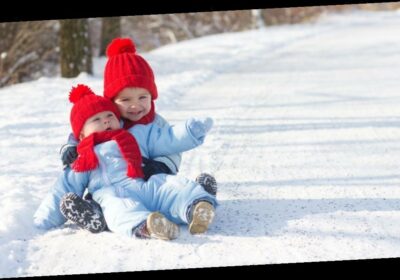 After what has felt like the longest January in recorded history, February has arrived.

So what are the trends for this wintery lockdown month? Well aside from more pyjamas, Netflix and white wine (probably) we also wonder what baby names will be fashionable.

Whether you're with child, hope to be, or just want to see if your name is on the list, experts from Datingroo have predicted which monikers will be in vogue this month by taking a look at the burgeoning trends in popular culture.

Get exclusive celebrity stories and fabulous photoshoots straight to your inbox with OK's daily newsletter . You can sign up at the top of the page.

Firstly Khai and Kamala could be top choices in February.

This is because former One Direction star Zayn Malik and supermodel Gigi Hadid named their son Khai earlier this month.

It means 'crowned' in Arabic, and other variations of the spelling may be on the rise.

Additionally, as Kamala Harris has recently been elected Vice President of the USA, her name could make a global impact. It means ‘lotus’ in Sanskrit.

The experts also predict that Netflix's smash hit Bridgerton will have an effect on name choices this month.

The regency period drama is the most successful show the streaming service has ever made, and has been watched by over 82 million households.

Girls baby names that are inspired from the characters include:

Whereas their male counterparts offer more traditional options, such as:

The starring role is called Daphne, but this name didn't even make the top 100 most popular names for girls in 2020, but 2021 might be the year that there is a resurgence.

Whereas Marina ranked as the 682 most popular girls name, could actress Marina Thompson inspire new parents to choose the moniker for their daughters?

Anthony, Colin and Simon are all names that enjoyed continued popularity over the latter half of the 20th Century, but have fallen down the rankings of popular baby boy names, so Bridgerton could inspire these name choices to be selected again.

"It will be interesting to see how events such as the US election even down to new Netflix releases will shape the naming trends of those born now and into February, and whether these names will continue to grow in popularity throughout 2021."