The Moments You Missed from the 2021 Critics’ Choice Awards 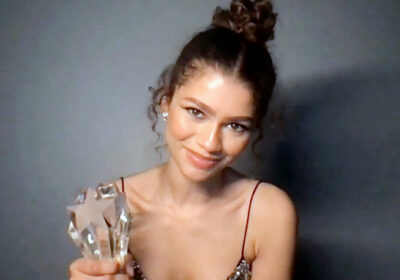 Jason Sudeikis wore yet another hoodie to a virtual award show, after making headlines for sporting a tie-dye version from Forward Space — a boutique fitness studio owned by his sister, Kristin — at the Golden Globes.

The actor opted for high school merch this time at the 26th Critics’ Choice Awards, which was hosted by Taye Diggs at The Barker Hangar in Santa Monica, Calif. on Sunday.

“This is a hoodie from Crockett High School, which is the name of the fictional high school that I am the principal of in the seminal high school comedy ‘Bookmark,’” Sudeikis told reporters in the award show’s digital press room. The 2019 teen comedy was directed by Olivia Wilde (Sudeikis’ ex-fiancé with whom he shares two kids).

It was another successful night for Sudeikis, who received Best Actor in a Comedy Series for “Ted Lasso,” following his Golden Globe win for Best Actor in a Television Series Musical or Comedy for the show. The Apple TV+ comedy (developed by Sudeikis, Bill Lawrence, Joe Kelly and Brendan Hunt) took home Best Comedy Series, while English actress and singer Hannah Waddingham, who plays Rebecca Welton in the series, was also recognized, winning Best Supporting Actress in a Comedy Series. 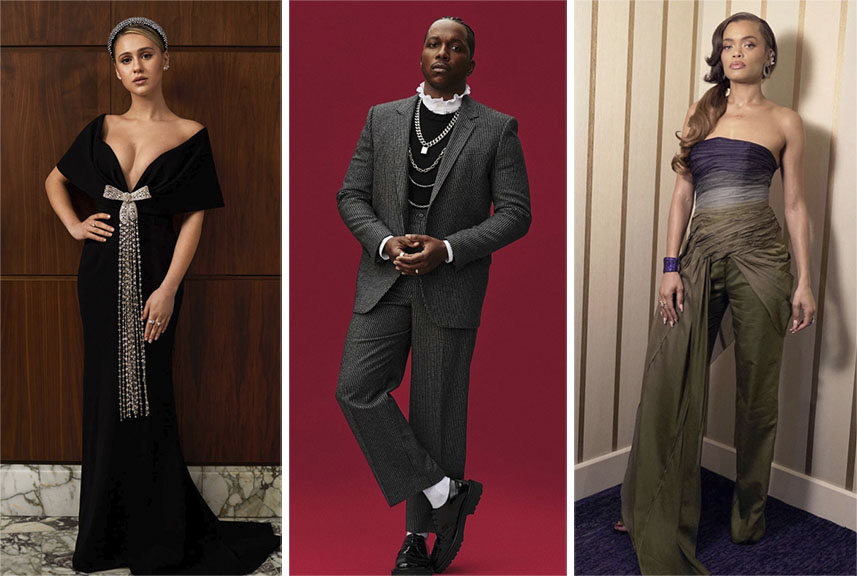 The Best Dressed from the 2021 Critics Choice Awards

“It’s insane but a lot of fun,” Corrin said of her Schiaparelli look, a black velvet dress from spring 2021 that features oversized embroideries.

“It’s not as heavy as you think,” she said, appearing from London. “It’s actually quite a light velvet.”

The outfit had included a headpiece, though she chose not to wear it on screen. The full ensemble can be seen on her Instagram account in a series of striking shots taken by photographer William Waterworth.

“I felt like I was balancing plates on my head,” Corrin said of the accessory. (The actress also stood out at the Globes, where she had on a Pierrot-inspired custom Miu Miu dress as she received Best Actress in a Television Series Drama for the show.) 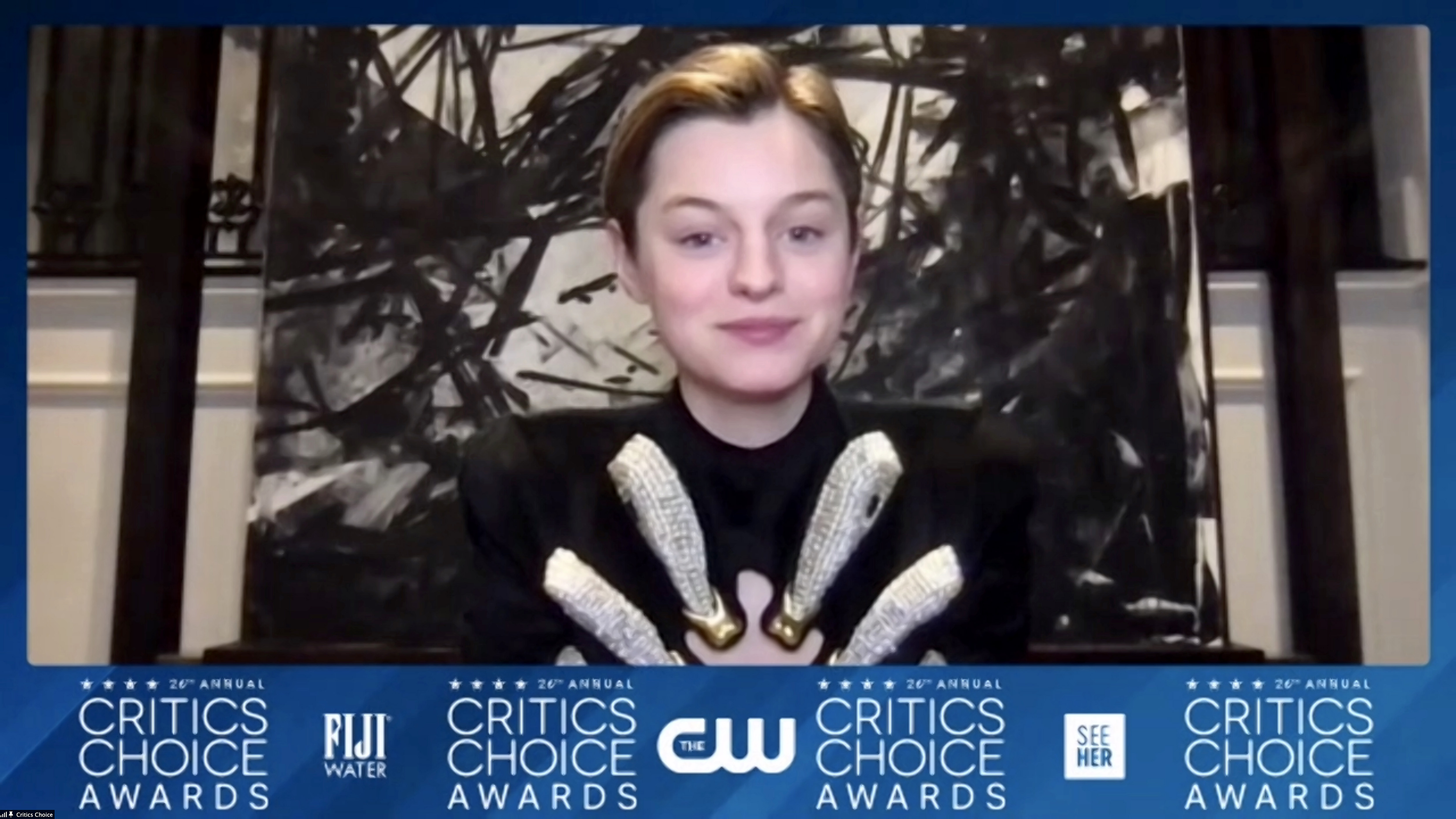 Asked whether she’d be tuning into Oprah’s much-discussed interview with Meghan Markle and Prince Harry, which also aired on Sunday evening, the actress said she’d watch on Monday.

“Honestly, I think I’m probably going to go straight to bed and sort of take this all in,” she said. “I’ll have to catch it tomorrow. It’s certainly really interesting and great that they are able to have a platform to talk about what they’re going through.”

Would she take on the role of Princess Diana again?

“No, I don’t think so,” she revealed. “As much as I adore Diana and to play her — to be such a complex character was such a gift as an actor — I think that it was a wonderful experience in and of itself. And, yeah, I suppose in my career I want to do a lot of different projects and explore playing a lot of different characters. So, for me, it wouldn’t make a lot of sense to play her again, even though I’m so fond of her.”

When Anya Taylor-Joy was asked a similar question, whether she’d reprise her role as Beth Harmon in “The Queen’s Gambit,” the actress — who received Best Actress in a Movie/Miniseries for her performance in the Netflix show — said: “Never say never.” She also noted, however, that the project was intended to be a limited series. 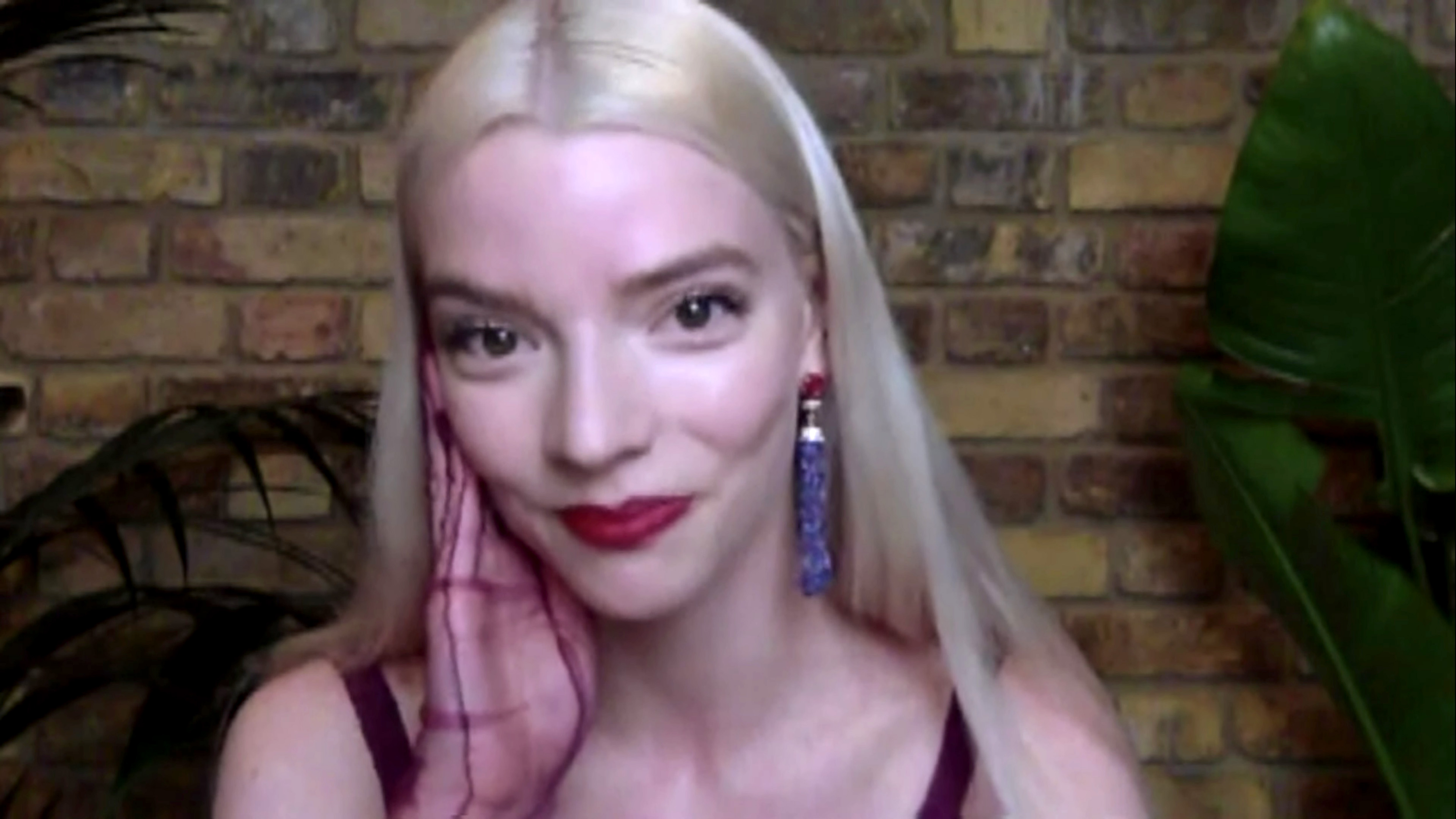 “It’s very big,” she said of the dress. “There’s a lot of pouf…I love it. And I have these very fancy gloves. And it’s kind of fun to dress up in your own house. I don’t know what it is. You know, you get to play your own playlist. You just kind of swing around. And then you can be in your pajamas in like a minute, so that sort of works for me.”

The actress, who works with stylist Law Roach, also wore Dior to the Globes (a strappy green dress and matching evening coat as part of an Old Hollywood-inspired glam look that got much attention), where she won Best Performance by an Actress in a Miniseries or Motion Picture Made for Television for “The Queen’s Gambit.”

“My brain hasn’t caught up,” Taylor-Joy said of the two wins. “I think it might be a while before that happens.”

Roach also dresses longtime client Zendaya, who took home the night’s SeeHer Award. The honor is given to women who help advance gender equality in entertainment, on and off the screen.

“I would absolutely not be here if it weren’t for the incredible women that have paved the way for me to be here,” said Zendaya, 24, as she accepted the award, which was presented by her “Malcolm & Marie” costar John David Washington. Zendaya received a nomination for Best Actress for her performance in the film.

“I’m extremely grateful for those women,” she continued. “This is very, very special.”

Other notable wins: Best Picture went to “Nomadland,” while Best Drama Series was given to “The Crown,” Best Limited Series to “The Queen’s Gambit,” and Best Comedy to “Palm Springs.” Daniel Kaluuya received Best Supporting Actor for “Judas and the Black Messiah,” while Best Supporting Actress was awarded to Maria Bakalova for “Borat Subsequent Moviefilm.” Josh O’Connor took home Best Actor in a Drama Series for “The Crown,” and John Boyega received Best Actor in a Movie Made for Television or Limited Series for “Small Axe.” The late Chadwick Boseman was given Best Actor for “Ma Rainey’s Black Bottom,” Carey Mulligan got Best Actress for “Promising Young Woman,” and Best Acting Ensemble went to the cast of “The Trial of the Chicago 7.”