Home » Lifestyle » The Mirror and the Light REVIEW: Hilary Mantel is no playwright

The Mirror and the Light REVIEW: Hilary Mantel is no playwright 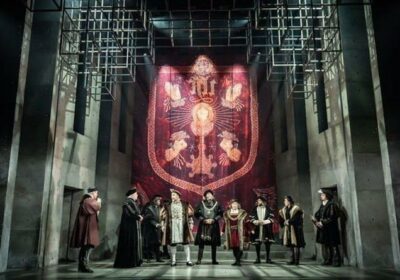 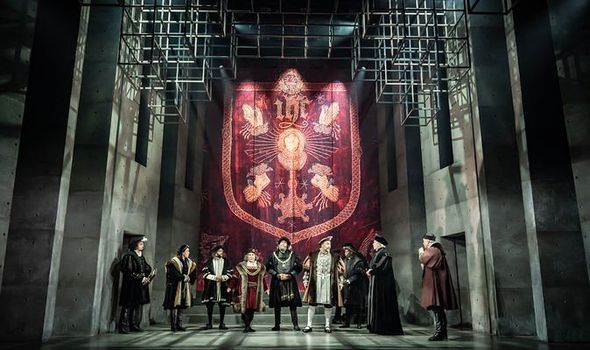 Ben Miles has been marvellous in the lead role, growing in stature as Cromwell himself grew from a Putney blacksmith’s son to become Henry VIII’s most trusted fixer. Following the departure of Mike Poulton, the playwright who did such a good job on the first two, Mantel and Miles decided to write the third play themselves. Big mistake.

Fine novelist though she is, Mantel is no playwright; and neither is Miles, fine actor though he is.

Doubts set in early when a series of several short scenes trip over each other in a rush to tell an admittedly long and complex story.

The play opens with Cromwell imprisoned in the Tower and then flashbacks to tell how he fell from the King’s favour. It comes across more like a movie screenplay than a crafted piece of theatre.

Jeremy Herrin’s direction doesn’t help at all. Characters (and there are many of them) come on and declaim to the audience in old fashioned barnstorming style rather than to each other. There is little sense of intimacy or closeted peril.

Miles and Nathaniel Parker as Henry VIII show their characters’ age with the usual tropes ‑ a limp for Henry, a headful of grey hair for Cromwell ‑ but its superficial stuff. There is a disconcerting use of comic double takes and reactions that are wholly inappropriate for the material.

Nicholas Woodeson plays Cromwell’s nemesis the Duke of Norfolk as a dangerous, ageing imp and Leo Wan is suitably reptilian as Richard Riche but there are some lamentably uncontrolled performances.

And to have the ghost of Cardinal Wolsey (Tony Turner) prancing across the stage as if in some Afterlife discotheque is just plain silly. Someone’s been watching too much Blackadder.