The menopause helped me realise my marriage had run its course 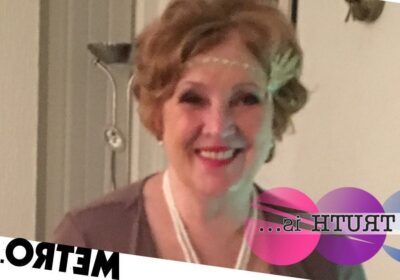 I was prepared for hot flushes, but my irritability, low sex drive and feelings of self-doubt and low self-esteem were totally unexpected.

Then 45, emotionally and physically going through the menopause was one of the most challenging periods of my life. Back in 1996, doctors offered very little by way of treatment for it but, for me, ‘the change’ turned out to be a blessing in disguise.

It made me realise my relationship with my husband was far from perfect and had run its course.

I’ve since found out the menopause has been labelled a ‘divorce danger zone’. A survey of over 500 UK women was recently conducted by Stowe Family Law on the impact the condition had on marriages and I wasn’t surprised that 67% of women said it had negatively affected their relationship.

It’s exactly what happened to me, but I see it as a time my eyes were finally opened.

I got married in 1976 and as far as I was concerned, it was for life – it’d been love at first sight. I had two sons and became a stay-at-home mum. I was there for my boys’ school plays, sports days – the works. I supported my husband in his career to become a prominent member of the dental profession.

My whole life was based around my family, while my own desires and job ambitions took a backseat. I gave up a promising career as a teacher to make our home. My mum had done this and, at the time, it felt natural for me to do the same. Many of my friends gave up their careers to become full-time mums, too.

I did return to work part time in a small local school in 1985, but a year later I got diagnosed with MS. I combatted its threat to my mental and physical faculties by following rigorous physical programmes and completed a PhD in psychology. I am thankful to say that I now consider myself in remission from MS, or at least all my symptoms are currently being kept at bay.

Menopause was a very different experience. When I first felt symptoms, I had no idea what was to blame and it panicked me.

Having turned my back on who I was and what I wanted to achieve in life eventually came back to bite me when the menopause hit hard. 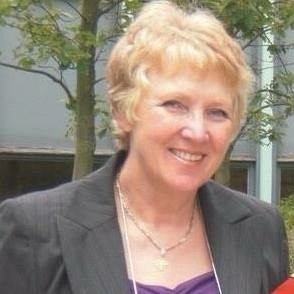 The physical symptoms were one thing, but I certainly wasn’t prepared for the strange feelings of wanting something more for myself. I noticed changes in the way I was thinking. Cognitive and hormonal shifts occur when we go through menopause, and I felt my brain starting to rewire itself.

I feel it fair to say that my husband did not understand what I was going through – he seemed to feel like I was making excuses and neglecting him. He also told me I was being selfish when I started a PhD in Psychology but I was determined to become a lecturer.

The truth is, I had realised that our marriage was not going to last and I needed to do more for myself. I think his ego was bruised, and I believe he never thought I’d ever actually leave him.

Women tend to become more reflective and emotional during menopause. Because many men often don’t understand that it brings on these significant changes, in turn, women can begin to mentally disconnect from their partners.

This was certainly my experience. I began to question everything: my marriage, my relationship with myself and my position in the family.

All my adult life I’d put other people first, and throughout my marriage I’d been afraid of trying to outshine my husband. I decided it was my time to succeed and began lecturing at Manchester University.

According to Dr Louann Brizedine, in her book The Female Brain, prior to menopause, women are hormonally wired to nurture – suppressing their own needs, wants and desires for the greater good of their relationships and children. During this time, they are more likely to yield during conflict, perhaps even avoiding it at all costs.

That was me – the peacemaker. I was quite prepared to overlook and tolerate most annoyances and difficulties to the extent that I felt like a doormat.

Until, in 2001, aged 49, after 25 years of marriage, I told my husband I wanted a divorce. He was shocked but ultimately agreed. Our divorce was finalised a week before my 50th birthday.

The menopause – often considered a curse – was my saviour.

It is never too late to find yourself

I didn’t want to be held back anymore. I wrote a post-divorce ‘bucket’ list and ticked a lot of things off on a month-long lecturing trip abroad: I went swimming with dolphins in Hawaii and walked on a live volcano, I did black-water rafting in New Zealand and learned to scuba dive on the Great Barrier Reef. It was exhilarating!

I thought I’d put romance behind me but three years after my separation, I reunited with an old flame, Bill. He messaged via Friends Reunited and we gelled instantly. We’d been inseparable working summer 1971 at Butlins but, sadly, after the season ended we drifted apart as it was not easy to keep in touch back then.

Turned out that we’d both been divorced and, despite vowing never to put ourselves through it again, he soon proposed. We married nine months later, with his sons as groomsmen and mine giving me away. I always tell Bill he was lucky to have contacted me post-menopause when I was calm, confident and in the best place I’d ever been in.

Since then, I’ve qualified as a divorce coach. I have worked with more than 1,000 men, women and couples, either helping to save marriages or, for those who felt their relationships were beyond repair, I have supported them through their journey.

I always encourage them to write a divorce bucket list… the whackier, the better!

So, is the menopause a ‘divorce danger zone’? Undoubtedly for many, yes. In fact, of the 500 women surveyed this year, 68% of divorces were initiated by women at this point in their lives.

But it’s only natural that people – male and female – change as they move through various stages of their lives.

For any women that may be considering divorcing their husbands, I would say, if that is truly what you want, then make sure you get the right support team in place.

Personally, the menopause took me far beyond where I ever could have imagined so I urge anyone reading this feeling anxious to embrace your future – it is never too late to find yourself.

It’s a journey that led to my becoming someone I had once only ever dreamed of.

Stowe Family Law, the UK’s largest family law firm surveyed over 500 women looking at how menopause impacted their relationships, so as to better understand how couples can be supported through this challenging time.

Metro.co.uk’s weekly The Truth Is… series seeks to explore anything and everything when it comes to life’s unspoken truths and long-held secrets. Contributors will challenge popular misconceptions on a topic close to their hearts, confess to a deeply personal secret, or reveal their wisdom from experience – good and bad – when it comes to romance or family relationships.