Home » Lifestyle » The magical painting that got me through cancer

The magical painting that got me through cancer The magical painting that got me through cancer: In a lyrical testament to the healing power of art, BARBARA DAVIES shares why she bought the skyscape that hung on her hospital wall

Hanging on the wall of the Royal Marsden Hospital in Chelsea is a painting of mine. I’m not the artist of this vast skyscape, painted at a beach on the Isles of Scilly, but recently I bought it for my home.

I hope that the story of how I found Cloud Bank Island, or perhaps, more correctly, how it found me, will illustrate just how important art can be to those who are sick.

Because when I found myself facing the painting at the Marsden’s Rapid Diagnostic Centre last October, just moments before being told I had breast cancer for the second time, I took it as a sign that whatever the oncologist was going to tell me, all would be well.

It seemed too much of a coincidence that a painting I’d already fallen in love with, three years earlier at an exhibition at Bankside Gallery in London, was now in front of me on the waiting room wall. 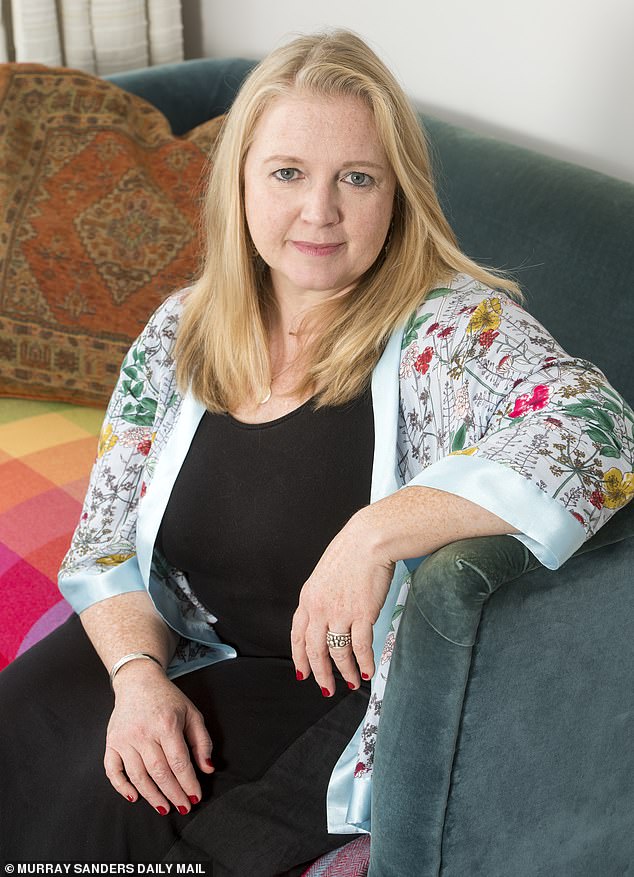 Barbara Davies (pictured) found herself facing a painting she had fallen in love with years earlier, when she was diagnosed with breast cancer at Royal Marsden Hospital in Chelsea

I had developed a habit of pausing to look at the paintings when I’d first had treatment at the West London hospital five years ago. Cancer the first time around meant almost daily trips there.

The nurses, the woman behind the counter in the cafe, the cleaning lady pushing her bright yellow trolley; all came to know me by name.

There is still a feeling of unreality about that time — when a heightened sense of mortality meant that I became hyper-aware of my surroundings.

What sticks in my mind from the first few weeks after I was diagnosed in February 2015, at the age of 42 and as a single mother to an eight-year-old daughter, was the pink blossom on the cherry trees at the back of the hospital and the artwork lining the walls inside it.

Over the months that followed, some of those paintings became like old friends. Chronic illness can be a lonely experience, but art serves as a reminder of life beyond the hospital walls.

There was the 1960s-style painting of red-sailed junks in Hong Kong harbour by the lift leading down to the basement operating theatre. An etching of two Jack Russells hanging in the corridor leading to the chemotherapy unit. In the bloods room, a pastel sketch of the riverside at Putney and a photograph of a lake surrounded by an autumnal forest. 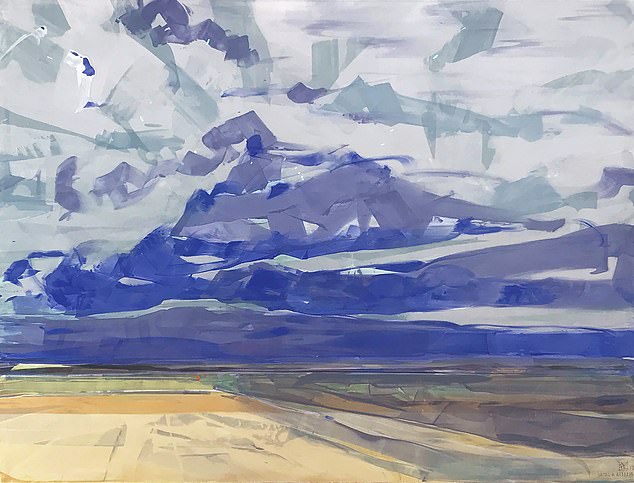 While the phlebotomists nimbly did their work, the sight of all that glassy water, and the mist floating above it, transported me to another place.

Some of the artworks on display at the Royal Marsden form part of an historic collection stretching back to the hospital’s foundation in the 19th century.

Oil portraits of its Victorian founder, William Marsden, and an early benefactor, Baroness Burdett-Coutts, as well as a painting of Princess Diana, a patron, in a strapless purple evening gown, are positioned around the staircase leading to the surgical day unit.

Other works are on loan from Paintings in Hospitals, an arts in health charity set up 60 years ago which uses its collection of nearly 4,000 artworks, some by world-famous artists such as Andy Warhol, Antony Gormley and Anish Kapoor, to bring colour and compassion to more than 1,800 hospitals, health centres and GP surgeries around the UK.

Yet more gems have been provided by the Royal Marsden’s own Arts Forum.

And Cloud Bank Island is part of a new initiative to showcase the work of local artists in Chelsea, including the London-based Russian artist who painted it: Natalia Avdeeva, who has offered to donate 40 per cent of the money made from sales of the art she has on display at the Marsden to the hospital’s cancer charity. 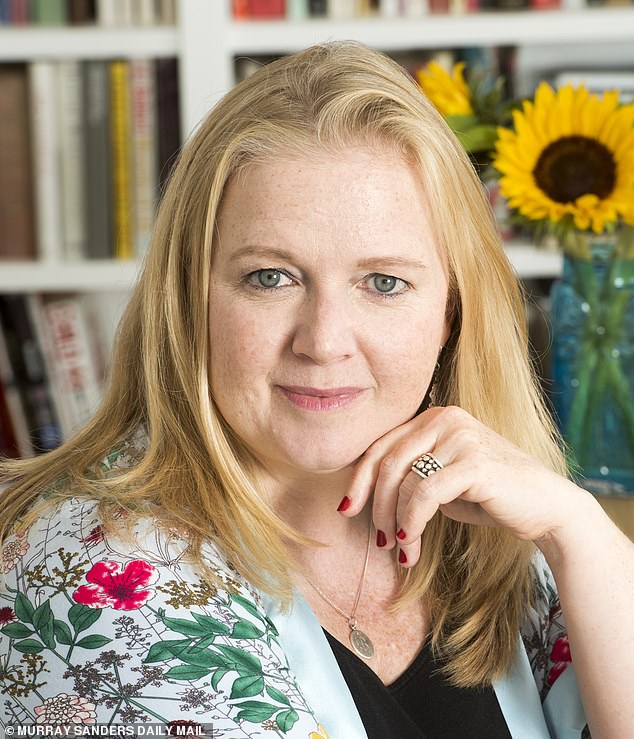 Barbara (pictured) revealed music, painting and light were used to help treat the sick during 5th century BC

‘Visual arts projects have been shown to have a significant impact on both patients and staff within hospital environments,’ says the Marsden’s first ever Arts Officer Ben Hartley, a former nurse and a fine art graduate.

‘What we are trying to achieve is not to have art for art’s sake. We are interested in the impact it has on wellbeing.’

At the Royal Marsden, art is carefully selected by a committee of staff, patients and volunteers to ensure that it is appropriate for a hospital with the largest cancer unit in Europe.

The committee tends to steer clear of too much red because of its connotations of danger, as well as anything disturbing or which portrays the human body as perfect. Abstract art often works well. A traditional vase of flowers, for example, might look too much like a ‘get well soon’ card.

Hartley says that the committee strives to take into account the needs of different audiences. ‘The collection may be spread across areas of high footfall, but also spaces where people may be static for days, weeks and even months.

‘Engagement with art, and having a diverse collection, is one way to avoid people in these situations feeling institutionalised.’

The relationship between medical treatment and art can be traced all the way back to ancient Greece where, in the 5th century BC, music, painting and light were used to help treat the sick. 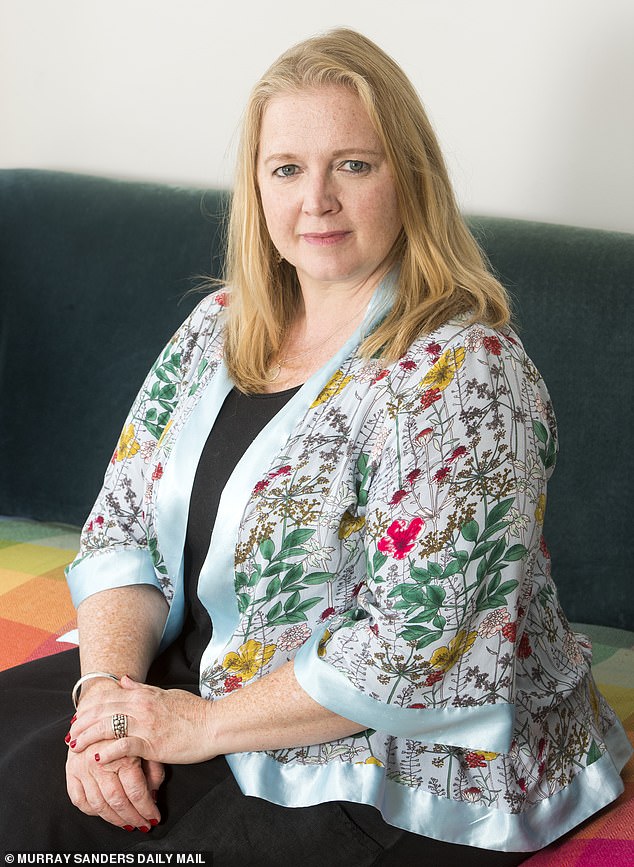 In medieval times, hostels often run by the Church were decorated with religious and spiritually inspired paintings. In the 18th century, the English artist William Hogarth volunteered to paint scenes of biblical life on the walls of St Bartholomew’s Hospital in London. The canvases still hang on the staircase leading to the hospital’s Great Hall.

And in the 19th century, Florence Nightingale recognised the relationship between art and healing, writing in 1859 in her Notes On Nursing that ‘people say the effect is only on the mind. It is no such thing. The effect is on the body, too’.

But the first half of the 20th century saw an increasingly medicalised approach to care.

Hospitals were built with little thought for their aesthetic appeal, their walls generally painted in the same dreary, pale ‘hospital green’.

It wasn’t until 1959, when the charity Paintings in Hospitals established a permanent collection of artworks to loan out, that experts began to recognise the importance of art in healthcare settings. More recently, there has been significant research into art as a tool for healing. 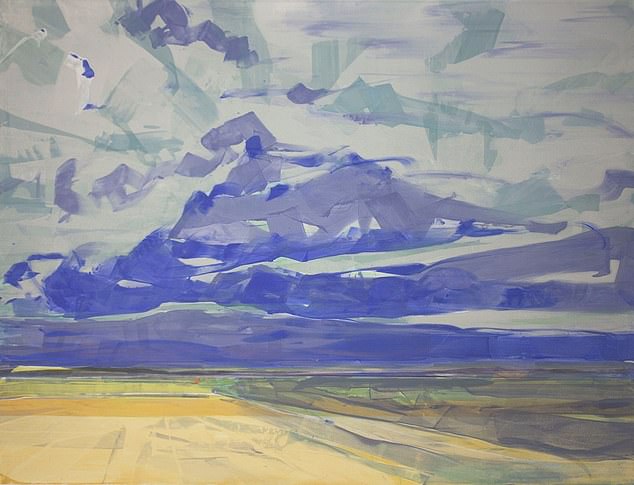 Barbara said Cloud Bank Island (pictured) hadn’t been painted yet, when she had her first brush with cancer in 2015

Evidence shows that art, and participation in art projects, eases anxiety, stress and depression for both patients and staff, can shorten the length of a patient’s hospital stay and even reduce the need for pain-killing medication.

Images of nature in particular have been shown to improve healthcare outcomes.

At the time of my first brush with cancer, Cloud Bank Island hadn’t yet been painted. Back then, in 2015, another painting became a focal point for me.

It was hanging on the wall in a downstairs corridor, not far from the pharmacist. Interestingly, it was another seascape — the blues and greys set off by a thick, crackled silver frame.

I told myself that if I came out the other side of all the treatment I was having then, I would buy it as a celebration of recovery, a reward for suffering the indignity of losing my hair, for the sickness and the sleepless, steroid-fuelled nights and daily injections.

By the time I came out the other side, the tumour shrunk by powerful drugs and then removed by surgery, another painting had taken its place.

I was sad, but I told myself that I wasn’t meant to own it. Having brought so much comfort to me, perhaps it was right that it should do the same for another patient. 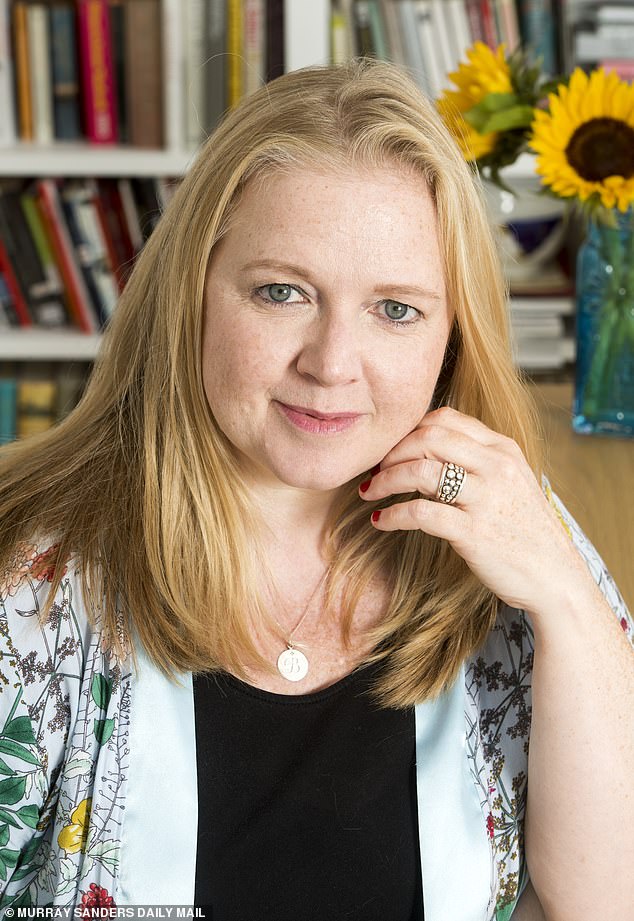 Barbara (pictured) said she hasn’t collected Cloud Bank Island from the hospital yet, but she plans to hang it on the wall at the end of her bed

But when I saw Cloud Bank Island last year, it felt as if more powerful forces were at work. I already had a photograph of it on my phone, taken when I’d first seen it at the exhibition in 2016. I’d enquired about buying it then, but I had shied away because it felt too extravagant.

Now it seemed that the painting was telling me something. Or as the artist Natalia Avdeeva put it when I called to ask again if I could buy it: ‘You didn’t find the painting. The painting found you.’

The cancer I had this time around was entirely separate from the first; a different, less aggressive tumour on the opposite breast. It was treated swiftly with surgery and radiotherapy and tablets to be taken for the next five years.

Buying the painting was an act of faith — in myself and, in some ways, in Natalia, too. Her joyful vision of the world is something I have long admired. I want some of her fearlessness to rub off on me.

I’m soon to collect the painting from the hospital, and Natalia, who will replace my canvas with another of her own, has offered to help me hang Cloud Bank Island on the wall at the end of my bed.

I want it to be the first thing I see in the morning when I wake up, a quiet reminder of the solace it brought me and a symbol of hope for the future.