Home » Lifestyle » The joy of being alone at Christmas: MARION McGILVARY

The joy of being alone at Christmas: MARION McGILVARY 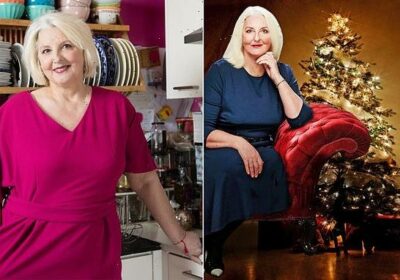 The joy of being alone at Christmas: MARION McGILVARY reveals her festive plans after becoming less keen on family reunions

Bah humbug — as far as I’m concerned, this year you can stuff Christmas in the business end of the turkey and baste it with a big dollop of curdled indifference.

After decades of being the Christmas Elf — diving head-first into the season with all the heft of a sumo wrestler, feeding droves of family, including the ex-husband, as well as random lost sheep, with their siblings, dogs and visiting mothers — I am finally throwing in the tea towel and abstaining.

Why? Because I am 63 and, for the first time in my life, I’m going to be on my own this year. Which means I can either wallow in self-pity or revel in the idea of refusing to enter into the spirit of the thing at all. And I choose the latter.

As I sit here, my house is completely bare of all traces of festivity. 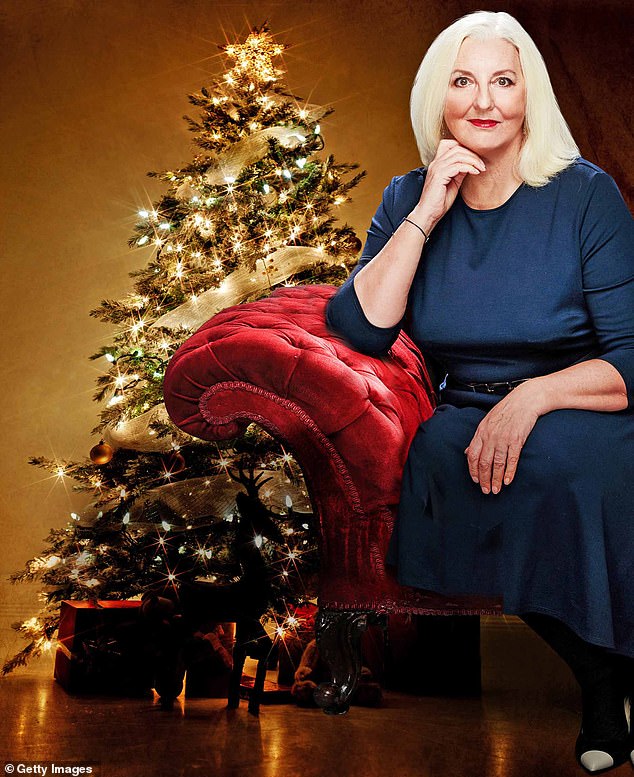 Marion McGilvary, 63, (pictured) explained why she will be boycotting all festivities and spending this Christmas alone with her cats

In years gone past, I’d have it all out of the attic by now — the tree, the lights, the carefully collected decorations from every city I’ve ever visited, the swags of evergreen tied with ribbons on the stairs, the homemade wreath to hang on the door. I’ve always loved the prequel just as much as the day itself.

Last year, I went so far as to fill the picture window with fake snow, twigs, birds and fairy lights for the neighbourhood children’s Christmas trail.

But this year, I’ve done none of that. Perhaps I’ll string a few lights on the Swiss cheese plant. Or then again, maybe I won’t.

Family get-togethers always sound so wonderful, but in practice they’re stressful and demanding, especially if you are a lone parent with no partner to back you up in the inevitable squabbles.

When my kids were small I used to joke that the family was not a democracy, it was a dictatorship and I was Stalin, albeit a Stalin who cooked, cleaned, washed up and slept next to you on the floor if you were ill.

But those days are long gone. I have four children, aged between 25 and 35, and this year — for the first time ever — they have all found other places to be.

One is off to a romantic tryst with a ‘friend’, another to her partner’s family in Scotland and a third is at his grown-up home with his wife and newborn son.

It’s still possible the fourth will invite me to his house, but frankly I am so looking forward to my solo anti-Christmas, I will think at least twice about accepting. 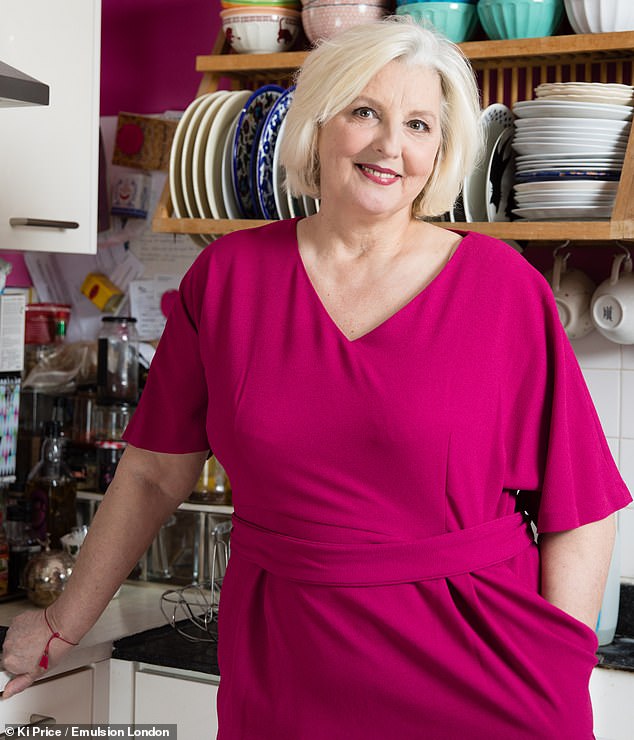 Marion (pictured) said for women of a certain age, it feels like the last taboo to admit to having tried your hardest when a family reunion is anticlimactic

My own partner, meanwhile, will go to see his own family, as he does every year. All of which means I will be alone with the cats. Though they have yet to extend an invitation either.

Over the years, despite my full-on festive spirit, I have become progressively less keen on the Christmas family reunion. All mothers of grown-up children will recognise the pitfalls.

My four make up their own little gang and tend to regress into rebellious teens.

They turn their noses up at meals, raid the fridge and eat the meal you meant for tomorrow, occupy the sofa and the remote control. They enjoy lots of in-jokes of which I seem to be the butt.

Plus I find it increasingly wearing to preview my speech in my head before I open my mouth lest I say something insufficiently woke. It’s mob rule.

But still I’ve always done it. The truth is, I’ve tried my hardest and yet it’s often been an anti-climax. For women of a certain age, it feels like the last taboo to say that. I’ve woken at 4am to bake an entire Christmas village of chocolate cake houses, decorated with Smarties and glittery icing, and then watched as nobody ate them. We’ve all waited with food in the oven for the arrival of the last child, only to receive a text in the evening saying he was staying somewhere else instead. 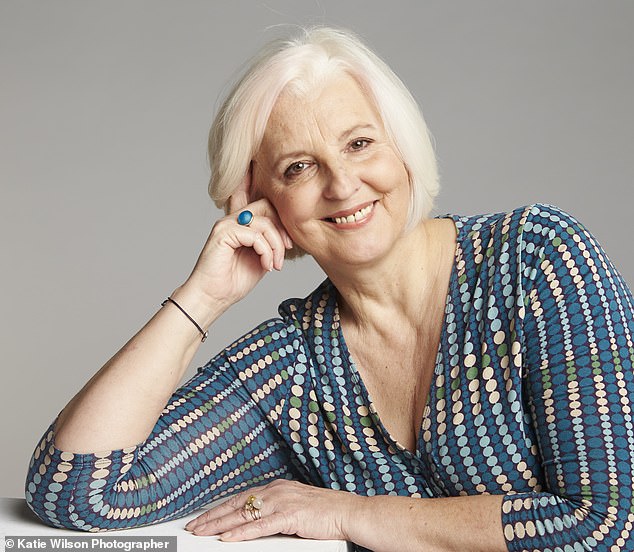 Marion (pictured) said she’s fed up with cooking meals and getting the timing wrong, or ordering it all from posh pre-made shop Cook

I’ve invited Austrian neighbours for a drink ‘on Christmas’, only to find them on the doorstop in sparkly dresses on Christmas Eve — the main day of celebration in Austria — when we were all in our pyjamas.

I’ve dutifully shopped and provisioned and wrapped and made the house twinkly and warm. Once, yes, I got flu and couldn’t get out of bed, but even then the kids came round. (They ordered pizza and didn’t leave any for me.) Though, with hindsight, being able to avoid it all was more of a win than I thought.

Last year was to be the jewel in the crown of Christmas. My lovely daughter-in-law decided to host, and the whole family was going to her and my younger son’s house for the day. I was 62 and someone was finally inviting me for Christmas! Jubilation.

And then everything was cancelled due to Covid. At the last minute, I had to hurriedly rustle up food and wine for the holiday period for my partner and eldest daughter, who were both in my bubble, as we sat under house arrest, doing present-opening with the others by Zoom. We had a nice enough time, but it was all a bit flat and brief.

The truth is, I’m tired of it all. Especially the food — all midlife women know how much of a hassle the food is.

I’m fed up with cooking meals and getting the timing wrong, or ordering it all from posh pre-made shop Cook and then the freezer breaking down and it not tasting right after being defrosted. 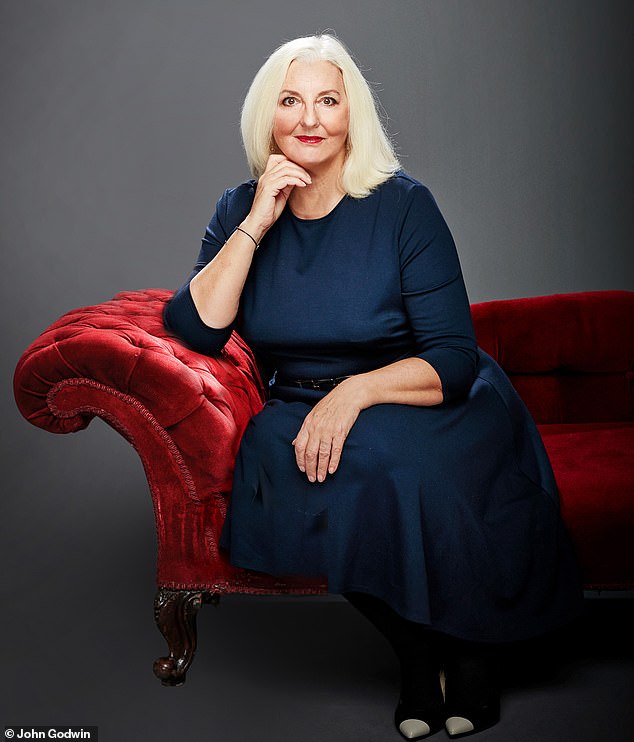 Marion (pictured) said maybe next year her Yuletide cheer will return, but for now she’s boycotting everything and not even doing proper presents

I’ve had enough of doing a vegetarian dish and a turkey that nobody likes, or of not doing a turkey and everyone wondering why we’re having beef.

I will surely not miss the Brussels sprouts that I might as well take straight from saucepan to bin or the ham that inevitably hangs around longer than the tree. Maybe it’s the pandemic that’s to blame. I am still nervous of crowds and yet Christmas is often all about them. The cinemas are packed for Christmas films, the maskless shoppers gather in hordes. I have a horror of parties. I’ve forgotten small talk and none of my clothes fit.

I truly don’t want to take any risks with Covid for the sake of a warm glass of supermarket white and a cheese straw.

Call me Scrooge, I don’t care. Maybe next year my Yuletide cheer will return, but for now I’m boycotting everything. I’m not even doing proper presents.

I’ve told the kids they are getting cash, and for everyone else I am making presents. So if you know me, prepare to get shafted with a homemade macrame pot holder. Ho ho, bloody ho.

Sad? Lonely? Oh do pack away the violins. Secretly, I am relishing this opportunity to be on my own. Christmas this year is a vodka and tonic, the Call The Midwife special and nothing else to do at all.

For a fair proportion of the country’s many hard-working mothers and festivity-hosting grandmothers, that surely sounds like a rare sort of bliss.