Home » Lifestyle » The jeweller who can make you dazzle like a Duchess…for £120!

The jeweller who can make you dazzle like a Duchess…for £120! 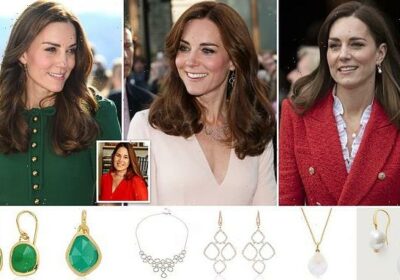 The jeweller who can make you dazzle like a Duchess…for £120! Monica Vinader reveals the inspiration behind her affordable ‘demi-fine’ jewellery loved by celebrities

On the Duchess of Cambridge’s solo tour of Denmark last week, she won plaudits for her mix of high-end and high street fashion, teaming a grey herringbone Catherine Walker coat dress (£3,000) and Mulberry bag (£1,095), for example, with a stunning but relatively modest Monica Vinader pearl necklace (£120).

Monica Vinader jewellery is what’s known as ‘demi-fine’ — somewhere between the ultra-expensive fine stuff and cheaper costume jewellery — and for a Duchess who could drape herself head to toe with ‘proper’ jewels every day of the week, it felt very much like a statement. Stylish but not intimidating.

It’s not the first time Kate has shown her appreciation for the Norfolk-based jewellery designer. In 2014, she wore Monica’s Riva diamond earrings and necklace to an evening gala at the Natural History Museum. 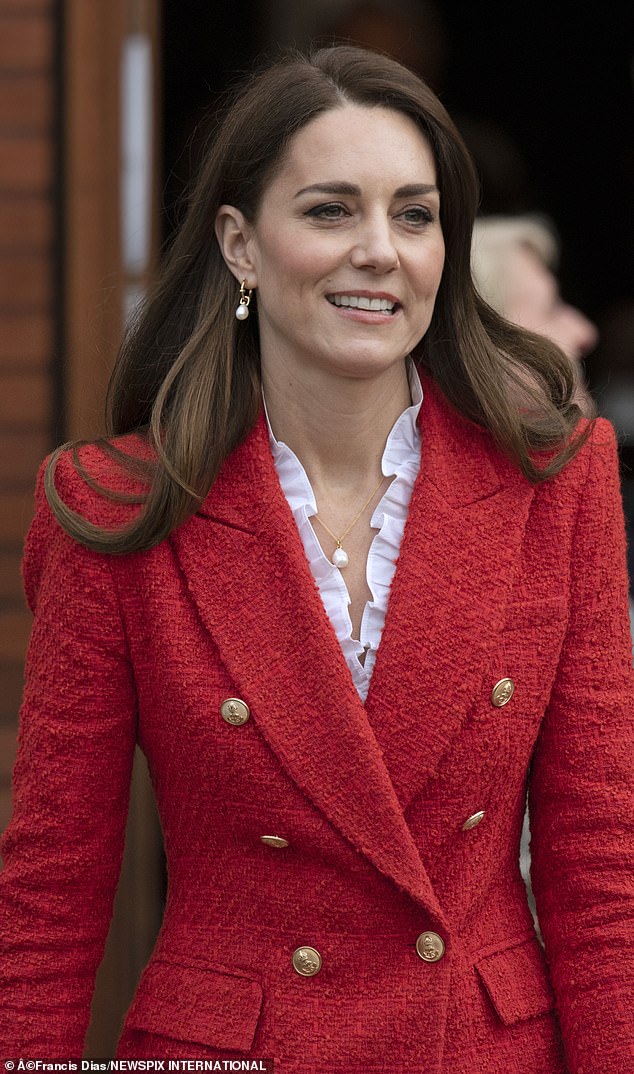 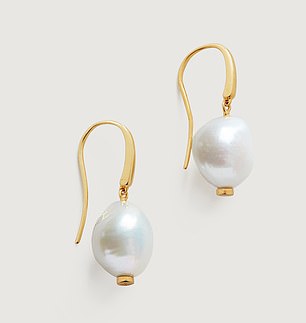 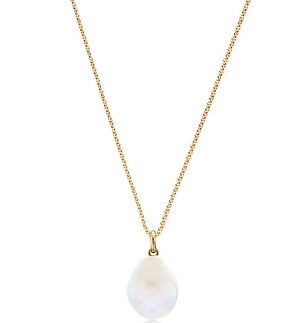 Rather sweetly, Monica had no idea until the next day. ‘I was sitting in a cafe in Florence, and my friend said: “Ooh, the Duchess of Cambridge looks amazing in the newspapers. Isn’t that your necklace?”’ Naturally, the earrings and necklace sold out straight away. ‘That was an amazing moment,’ she tells me.

Thanks to the ‘Kate effect’ — and, Monica insists, that of other celebrities — sales have rocketed. No doubt Monica is now bracing herself for a post-Denmark hike in demand for pearl necklaces.

Although she heads up a hugely successful company — with sales of £57 million in the year to July 2021 — Monica, 53, has always followed her gut instinct rather than slavishly following fashion trends. She designs for busy modern women who know their own taste in and aren’t hung up on tradition — a bit like Kate.

‘As an independent working woman, I wanted to be able to buy jewellery for myself,’ says Monica. ‘I wasn’t waiting for anyone to buy it for me.’

Indeed, her pieces — ranging from £42 for a stacking ring to £895 for a diamond-encrusted cuff — often function as a secret weapon for wealthy women who want to appear modest and accessible. Claudia Schiffer frequently wore cheaper pieces on the school run, and Kate wears the brand time and time again, from Zoom calls to public engagements and family days out. In Denmark, the pearl pendant necklace appeared again on a visit to the University of Copenhagen’s Centre for Early Intervention and Family, used to pep up another smart-casual outfit — a Balmain-inspired red tweed blazer from Zara, teamed with a pie-crust trim blouse. 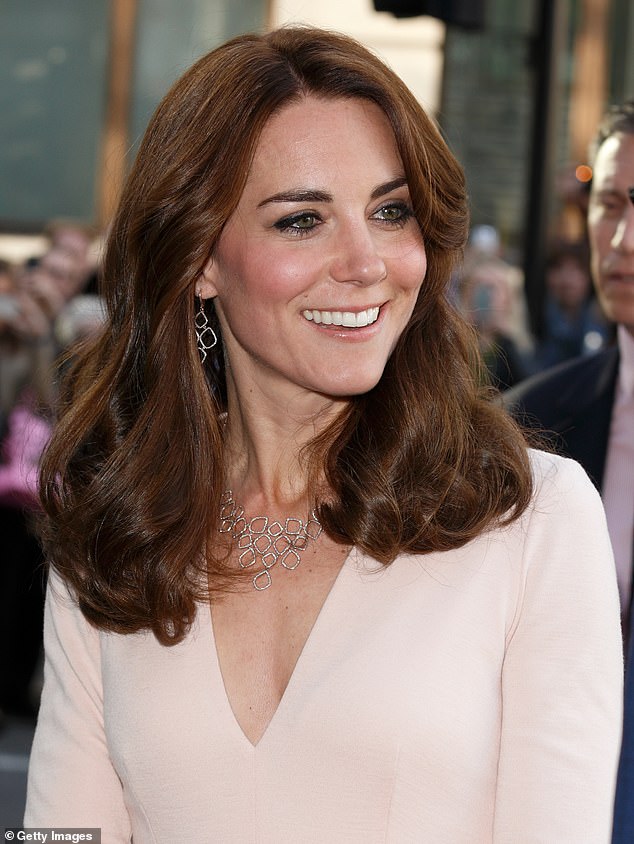 Monica explained that her jewellery is designed with busy modern women who buy their own jewellery in mind. Pictured: The Duchess of Cambridge wearing the brand 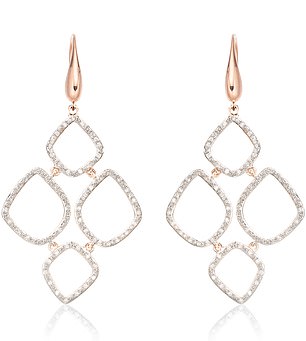 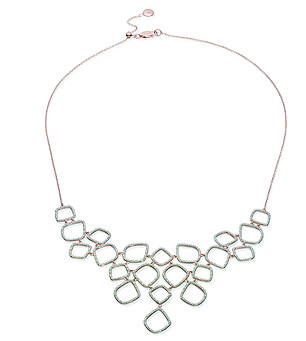 For Monica, the founding principle was finding a way to make pieces look indulgently authentic but without the price tag of a small car. That meant ditching solid gold and silver, and yet somehow replicating the same sumptuous colour and tone.

‘Women didn’t want to ask their husbands for permission to buy something,’ she says. ‘But that rich gold was the look they wanted.’

Her masterstroke was remembering a 19th-century technique called gold vermeil, which uses thick gold plating to give sterling silver the same glamour as the real thing.

Tracking down a goldsmith in Spain with the right equipment, she started to experiment. ‘I realised I had an opportunity to reach a lot of women without compromising on quality and design,’ she says. ‘It’s a more democratic way of looking at jewellery.’ 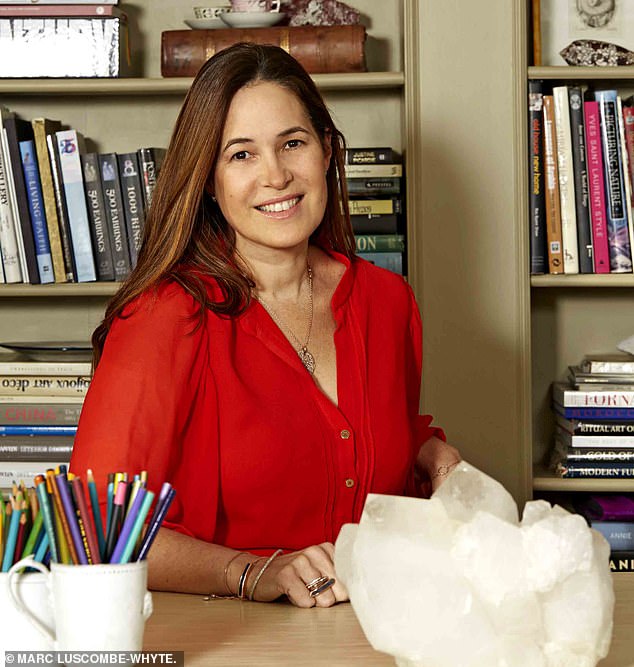 Monica (pictured), who began her brand in 2008, took out a £250,000 loan against her parent’s house after banks refused to lend money

In her light and airy studio, wearing a navy blazer and jeans and her trademark necklaces, Monica looks effortlessly stylish. She is, alas, famously discreet (she has never spoken publicly about Kate). Friendship — and sisterhood, literally — lie at the heart of the business.

It began at the kitchen table in the teeth of the 2008 recession. Monica had a new baby — Scarlett, now 14 — and was selling at craft fairs and from her living room.

Her sister Gaby, meanwhile, was head of consumer electronics at Amazon, and helped with the odd VAT return. But as the fledgling venture began to grow, Gaby agreed to work for the brand full-time. ‘Having a female-led, female-founded company was important to us,’ says Monica.

When, in 2009, banks refused to lend them money, she took out a £250,000 loan against her parent’s house (which she later repaid). ‘My friends in the City thought we were mad launching in a recession, but we had a beautiful product at an affordable price. And people still needed a treat.’

They began selling to The Conran Shop, Paul Smith and Liberty. Gaby designed the website and, in 2009, they opened their first store on London’s South Molton Street. 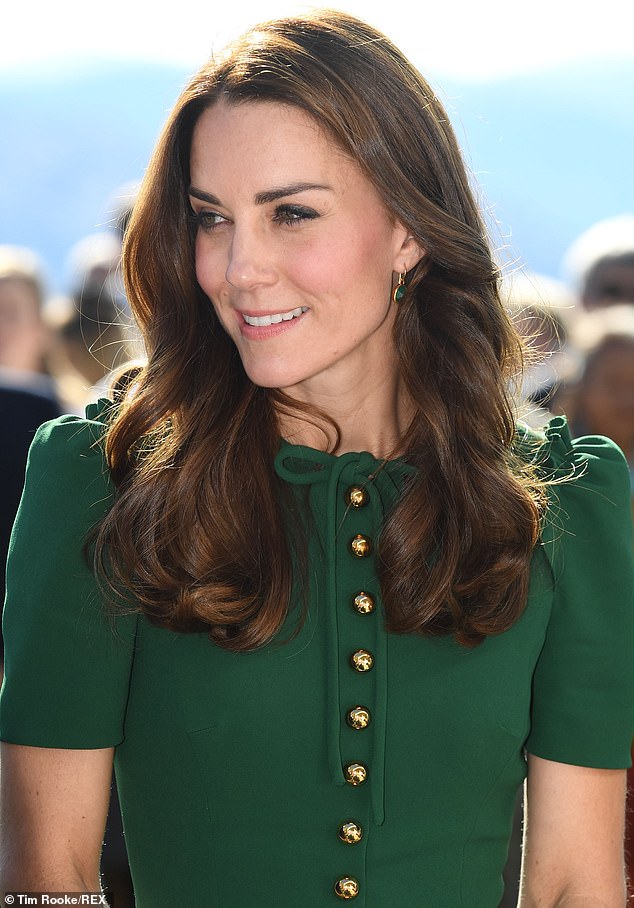 Monica said cutting their own stones gives the brand a very handmade feel. Pictured: THe Duchess of Cambridge wearing the brand in 2016 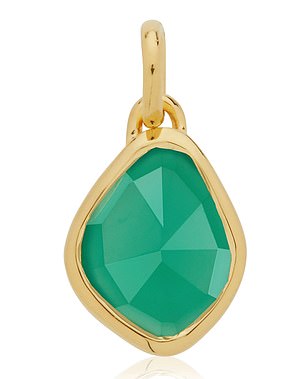 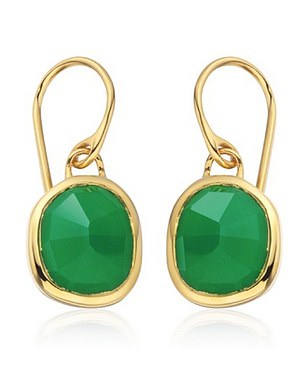 Monica’s studio is in a converted barn complex on the estate of Holkham Hall, the 18th-century seat of the Earl of Leicester. It is not far from Anmer, where Kate and William live in Norfolk. Today there are Monica Vinader boutiques across London, Hong Kong, New York and Singapore, and she’s stocked by Selfridges, Liberty, John Lewis and Farfetch.

She still uses the same family-run gem-cutters in Jaipur, however. ‘We have been cutting our own stones since the beginning — it gives our jewellery a very hand-made feel. It is literally touched by 1,000 thumbs. My sister and I swore we’d never compromise on integrity however large we got.’

Many pieces have a story behind them. Her Alta Capture Bracelet, £295, with its heavy linked chains, was inspired by the thick harbour chains she saw in Seville, for example. ‘We really sweat the detail. “Will anybody notice a millimetre in the bracelet, up or down?” But I believe in proportion.’

Although online sales now outstrip the shops, it was important to her to launch a new flagship store in Duke of York Square on London’s iconic King’s Road with an ear piercing studio last year.

She loves seeing different generations wear the same pieces. Her teenage daughter, ‘who’s got 20 piercings practically on each ear’, loves to wear her thick gold-plated Doina bracelet just as much as working mums and ladies who lunch. Or even future queens for that matter.