The best things to see and do in Melbourne in June 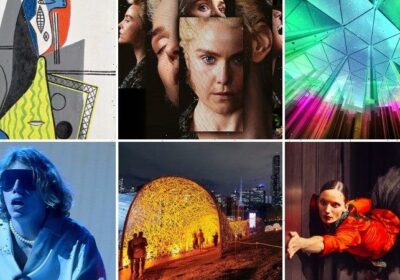 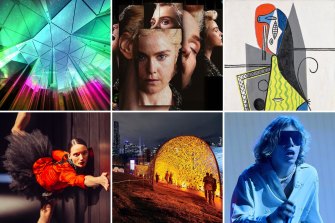 The best things to do in Melbourne in June 2022, including: Checking out Keith Courtney’s Kaleidoscope installation; watching The Picture of Dorian Gray; hitting The Picasso Century at the NGV; seeing The Kid Laroi perform; trying out The Wilds as part of Rising and taking in Kunstkamer at the Arts Centre. Credit:Arts Centre Melbourne; NGV; Getty Images; Eugene Hyland

As winter arrives, there’s no shortage of events to keep Melbournians busy in June. After a false start last year, the city’s biggest arts festival, Rising, is finally taking off. Alongside Rising there’s the Emerging Writers’ Festival, plenty of gigs, art and literary events, and even a three-storey art carpark with a rooftop bar.

Sidney Myer Music Bowl | June 1 – June 19 | Tickets from $12
Part of the Rising festival, The Wilds features fluoro, constantly evolving sculptures, soundscapes and digital movement-responsive art. Try the ice-skating rink, where you’ll be spurred on by a choir belting out hits from the ’80s and ’90s. Once skating’s tired you out, choose between dining at the glasshouse bistro or a range of pop-up kitchens from Melbourne’s iconic food venues, including Piccolina Gelato and vegan haven Smith & Daughters. 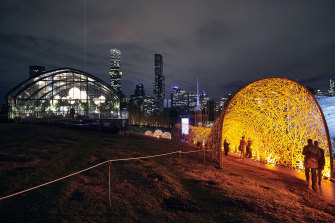 Let your imagination flourish at The Wilds.Credit:Eugene Hyland

Heffernan Lane | June 3 – June 12 | Entry is free
Inspired by the great street food cities across Asia, the Heffernan Lane Night Market will include street stalls with a range of dishes from many of Chinatown’s popular restaurants.

Multiple venues | June 27 – July 9 | Ticket prices vary
Rabbits appearing out of top hats is only the beginning at the Melbourne Magic Festival, which features more than 130 performances over 30 shows. Whether you’re a budding magician or sleight-of-hand aficionado, enjoy magic shows, masterclasses, and even a magic bar.

Multiple venues | June 1 – June 12 | Some events are free, others ticketed
Bringing together many of this month’s events is Victoria’s new Rising festival. Rising is three years in the making to bring together a range of art, performance and events across Melbourne. 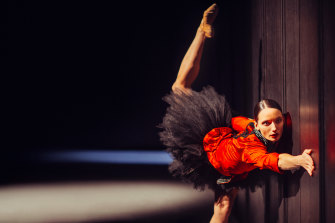 Arts Centre | June 17 – June 25 | Tickets from $50
Marius Petipa’s Harlequinade is brought to life by former director of the Bolshoi Ballet, Alexei Ratmansky. A lively love story scored by Riccardo Drigo, Harlequinade is a loving and humorous revival of the commedia dell’arte-based classic.

Melbourne Recital Centre | June 1 | Tickets from $59
As one of opera’s most sought after singers, Ferruccio Furlanetto is renowned for his vast range and vocal power. Accompanied by pianist Natalia Sidorenko, Furlanetto’s two-hour recital features the work of Brahms, Mussorgsky and Rachmaninov, as well as bass arias from The Marriage of Figaro, Don Giovanni, Boris Godunov and Don Carlo.

A one-woman performance exploring power, submission and observation through Mette Ingvartsen’s choreography on a LED-lit set. The 70-minute performance inspects all facets of pornography, from its violence to its titillation to its humour.

Her Majesty’s Theatre | March 16 – September 18 | Tickets from $70
The ubiquitous Tony-, Grammy- and Pulitzer Prize-winning musical tells the story of American founding father Alexander Hamilton. The sung-and-rapped musical pulls its sound from a blend of hip-hop, jazz, R&B and Broadway. 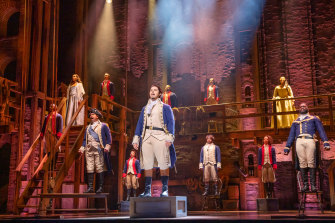 Athenaeum Theatre | May 25 – June 19 | Tickets from $89
Based on the film starring Reese Witherspoon and Sarah Michelle Gellar, the iconic thriller from the ’90s is now a musical featuring hits from the Verve, Britney Spears, Christina Aguilera, *NSYNC, and more. 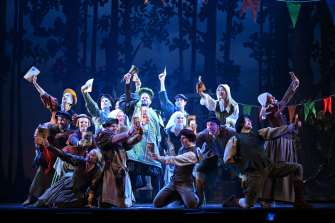 Regent Theatre | May 20 – July 17 | Tickets from $99
Rodgers and Hammerstein’s classic fairytale comes to life at the Regent Theatre in this Tony Award-winning musical from the creators of The Sound of Music. Starring Shubshri Kandiah, Cinderella is a contemporary take on a classic tale.

NGV | June 10 – October 9 | Tickets from $8
Tracking the career of Pablo Picasso, The Picasso Century features over 80 works from the artist himself, as well as over 100 works of the artists, poets and intellectuals he interacted with during the 20th century. Created exclusively for the NGV by the Centre Pompidou and Musee National Picasso-Paris, this exhibition is a must for history and art lovers alike. 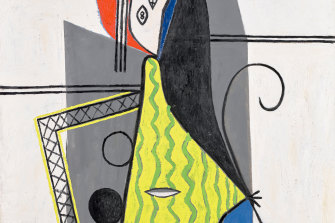 The Picasso Century Exhibition at the NGVCredit:NGV

ACMI | June 16- November 13 | Tickets from $10
Head over to ACMI to experience this exhibition curated from London’s Tate collection. See how the element of light has been captured by artists over 200 years through painting, photography, sculpture, drawing, installation and the moving image. 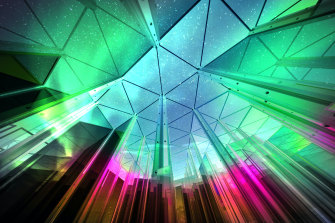 The Kaleidoscope installation by Keith Courtney. Presented by Arts Centre Melbourne in association with Rising.

The Forum | June 1 | Tickets from $80
Aria Award-winning Sampa the Great will headline two live performances at The Forum, performing with a 15-person band of musicians and dancers, and special guests Kye, Mwanje and C.Frim. 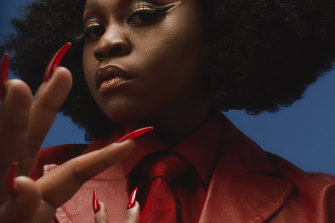 The Forum | June 8 | Tickets from $80
Lucy Dacus heads to The Forum off the success of her critically acclaimed 2021 album Home Video, which includes tracks such as Hot & Heavy, Thumbs and Triple Dog Dare.

Rod Laver Arena | June 3 and 4 | Tickets from $80
The Kid Laroi is back on home soil for the Australian leg of his End of the World Tour, performing tracks from his award-winning debut album, F*ck Love. 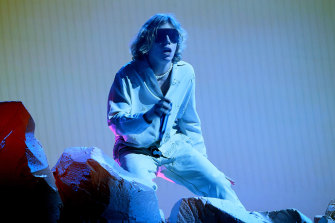 John Cain Arena | June 10 | Tickets from $90
The beloved Liverpool rock band of the noughties, The Wombats are back on Aussie shores to perform their hits off their latest studio album, Fix Yourself, Not the World.

Multiple venues | June 15 – June 25 | Some events free, others ticketed
The Emerging Writers’ Festival returns to Melbourne with an array of events over 11 days. With many free in-person and digital events, from panels to masterclasses to lunchtime readings, there’s something for every writer. 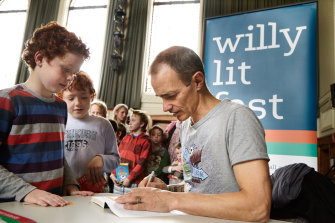 The Picture of Dorian Gray

Arts Centre Melbourne | June 5 – July 17 | Tickets from $80
Oscar Wilde’s Gothic classic takes centre-stage at the Arts Centre in the theatrical adaption of The Picture of Dorian Gray. Directed by Kip Williams, audiences will experience Wilde’s novel as a one-person show, with actor Eryn Jean Norvill transforming into all 26 of the show’s characters. 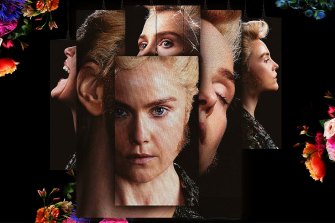 Arts Centre Melbourne | May 20 – July 2 | Tickets from $46
Nominated for six 2020 Tony Awards, The Sound Inside makes its Australian premiere at the MTC. Described by New York Stage Review as a play that “consistently challenges us to wonder and think”, it follows the unlikely relationship between two intellectuals faced with an impossible choice.

Royal Botanic Gardens | June 24 – August 7 | Tickets from $36
Created in partnership with Sony Music, Lightscape takes visitors after dark through a 1.8-kilometre journey of light and sound. The gardens will be transformed with large-scale light installations, glowing tunnels, luminous walkways and light-filled tree canopies. 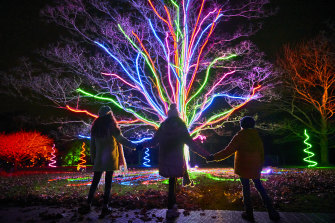 Queen Victoria Market | Wednesdays from June 1 – August 31 | Free
The return of the Winter Night Market will feature over 35 street food traders, a bustle of artisanal stalls and entertainers, and even a silent disco. Rug up and head to the Queen Victoria Market every Wednesday this winter.

Chinatown | June 1 – June 12 | Tickets from $24
An art car park sounds so very Melbourne, doesn’t it? In the middle of Chinatown you’ll find exactly that: a car park with three levels of art, performance, parades and rooftop bars. Grab a drink and wander through the exhibition themed around ritual, mythology and digital spirituality.