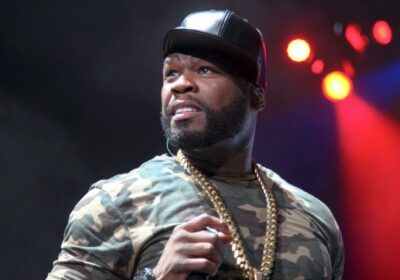 Curtis James Jackson III adopted the stage name 50 Cent from a Brooklyn robber and wanted to represent it as a metaphor for change. After working with small-time record labels, Eminem was impressed by his music and introduced him to Dr. Dre before signing a $1 million record deal. It set a path for the rapper to become a successful icon in the rap industry and create a new benchmark for success. Under the guidance of Eminem and Dr. Dre, 50 Cent released chart-topping music and ventured into the world of business that has helped him amass a $40 million fortune today. Like other notable rappers, he splashes his millions on buying jewelry and increasing his watch collection.

From a panther ring that represents opulence to owning a rare watch worth millions, 50 Cent has a staggering collection of luxuries in his life. Let’s look at the most expensive watches and jewelry in his collection.

In 2019, 50 Cent added a new ring to his collection, a panther ring by luxury jewelry brand Cartier. The rapper took social media to share a photo of his newest purchase. As mentioned by Cartier, the white gold ring is an intimidating jewelry piece with 695 brilliant-cut diamonds, 28 onyx spots, 2 emerald eyes, and an onyx nose that sums up to 8.41 carats.

50 Cent has always worked on building his career as an actor in Hollywood, and one of his most notable performances occurred in the 2014 series Crime. He has commonly used the phrase Green Light Gang to celebrate an important milestone of the show, and he turned the phrase into a glow-in-the-dark diamond chain that features yellow gold, emeralds, and a chunky chain.

A watch limited to only 36 pieces; the RM 57-01 Jackie Chan is a coveted timepiece in his collection. The rapper is occasionally spotted wearing it, and he posted an Instagram photo in 2016 to show his then newest purchase. 50 Cent wore the same watch for the launch of his partnership with Effen Vodka, where he signed the limited-edition bottles for his fans, as noted by The Beverage Journal.

While the rapper owns many chains and necklaces, the most commonly used necklace in his jewelry collection is the ‘50’ diamond-encrusted pendant. Curtis Jackson brings his identity with him whenever he attends a launch party or is seated courtside at NBA Games. He was spotted wearing the same necklace during his surprise cameo at the 2022 Super Bowl Halftime Show alongside Dr. Dre, Snoop Dogg, Eminem, Mary J. Blige, and Kendrick Lamar.

Whether traveling across the country in a private jet or posing for a photoshoot, Curtis Jackson always dresses to impress. Along with wearing designer outfits and diamond chains, he likes to finish the look with a custom Audemars Piguet Royal Oak Chandelier. Often spotted wearing the timepiece, it has 18-carat white gold full diamonds and a transparent dial with a white gold bracelet, as stated by Chrono 24.

A post shared by The Drew Barrymore Show (@thedrewbarrymoreshow)

Another Audemars Piguet Royal Oak, the second timepiece in his collection, comes in the shade of rose gold. The watch has similar features to the Chandelier piece. However, it has a rose gold dial with a leather strap. 50 Cent was last seen wearing the Royal Oak watch during his appearance on The Drew Barrymore Show in February 2022.

50 Cent splashed out $50,000 to buy a birthday present for his son Sire, a chain with his son’s name encrusted with beautiful diamonds. While the gift is for his son, the jewelry remains in possession of 50 Cent, who added glamor and glitz to his son’s seventh Roblox-themed birthday celebration in 2019, as reported by Yahoo News.

Adding another spirits company to his name, 50 Cent launched his champagne brand The King’s Road in 2020. It is made from the best grapes harvested from the Champagne region of France and comes with carefully balanced flavors. The rapper owns an extensive collection of champagne, and each bottle comes with a 14-carat rose gold symbol that hikes the price of the bottle to $1,000.

His collection’s other notable jewelry includes an iced-out pendant with his grandmother’s face and an antique Rolex watch. A collector who does not hesitate to flash his jewels on social media, 50 Cent has continued to add more rings and necklaces to his collection that represent various aspects of his personal and professional life.

READ NEXT: The Richest Sherlock Holmes Actors, Ranked By Net Worth