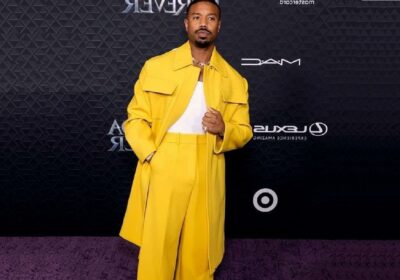 American actor Michael B. Jordan won over the hearts of Hollywood with his exemplary film performances. Aside from his talent in acting, he also has a massive following thanks to his sculpted body and was even named People’s Sexiest Man Alive in 2020. The cast member of Black Panther: Wakanda Forever has accumulated a net worth of $25 million thanks to his two decade long career in the entertainment industry.

According to IMDB, Michael B. Jordan currently has 58 acting credits including films yet to be released. As of November 2022, these are the highest grossing films Michael B. Jordan has starred in, excluding the film Black Panther: Wakanda Forever.

Red Tails was released in January 20, 2012 and has grossed $50.3 million in the worldwide box office. The film was Anthony Hemingway’s feature film directorial debut while George Lucas co-directed the film. The movie starring Terrence Howard and Cuba Gooding Jr. was set in the World War II where the Civil Aeronautics Authority selected 13 black cadets to be part of their experimental program.

Just Mercy is a film released on the Christmas day of 2019 and grossed over $50.4 million in the worldwide box office. The powerful and thought provoking film also stars American actress Brie Larson and was directed by Destin Daniel Cretton. The movie is based on a true story about a lawyer named Bryan Stevenson played by Michael B. Jordan who is about to head to Alabama to defend the wrongfully condemned prisoners.

The fresh grad lawyer from Harvard decided to represent people who do not have the means to afford a proper representation. Among his first cases is the case of Walter McMillian who was sentenced to death for a murder he did not commit.

That Awkward Moment was released in January 31, 2014 and has grossed $53 million in the worldwide box office. The film was directed by Tom Gormican and stars Zac Efron, Miles Teller and Michael B. Jordan. The movie is about best friends Jason and Daniel who indulge themselves in casual flings and lived a bachelor life.

When the two of them learned that the marriage of their friend Mikey played by Michael B. Jordan is over, they were glad to have him back and got him back into the bachelor life. The three of them seemed to be having the best times of their lives until they found themselves involved in serious relationships.

Chronicle is a film released on February 3, 2012 and has grossed $124 million on the worldwide box office. The film directed by Josh Trank stars Dane DeHaan as Andrew who is introverted and socially awkward teen. His main form of escape from reality and self expression is through a video camera.

Things took a turn when Andrew’s cousin named Matt played by Alex Russell and his popular classmate Steve played by Michael B. Jordan discovered an unknown stuff that lead them to possess incredible powers.

Fantastic Four is a film released on August 7, 2015 and has grossed $167.8 million on the worldwide box office. The film directed by Josh Trank also stars American film, stage and television actress Kate Mara, Miles Teller, and Jamie Bell. The American superhero film is based on the Marvel comics of the same name.

The movie is about the four young outsiders who were transported into some alternate universe. The four of them gained superpowers and possess the ability of altering their bodies into some shocking ways.

Creed was released on November 25, 2015 and grossed $173.5 million on the worldwide box office. The film directed by Ryan Coogler also stars Sylvester Stallone who plays as the iconic fictional character Rocky Balboa.

Michael B. Jordan plays as Adonis Johnson who is the son of a famous boxing champion Apollo Creed. Apollo died even before Adonis was born, thankfully, Adonis was able to seek out the help of Rocky Balboa and asked the retired champion to be his trainer.

Creed II is a film released on November 21, 2018 and has grossed $213.6 million on the worldwide box office. The film directed by Steven Caple Jr. also stars Tessa Thompson and Dolph Lundgren and both Michael B. Jordan and American actor Sylvester Stallone reprised their roles from the previous film Creed.

On this film, it was discovered that Russian boxer Ivan Drago killed Adonis Johnson’s father Apollo in a tragic match. Despite the objections of Adonis’ trainer Rocky Balboa, he accepted a match from the son of Drago who happens to be a dangerous player on the ring as well.

Black Panther is released on February 16, 2018 and grossed $1.4 billion on the worldwide box office. The film directed by Ryan Coogler. The American superhero film is based on the Marvel comics of the same name. The film is about T’Challa, played by the late Chadwick Boseman, who finally returned home after the death of his father.