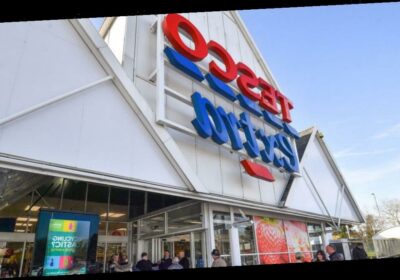 Tesco shoppers are being urged to check their bank statements after a "technical error" meant thousands of its shoppers were billed twice.

The supermarket said an internal payments glitch triggered a wave of overpayments on in-store purchases in the past week.

In a statement to MoneySavingExpert, which first reported the story, Tesco said it is currently working to reverse duplicate transactions.

However, it admitted the issue is ongoing.

A spokesman said the supermarket aims to refund all affected customers within 24 hours, however, but if you have been charged twice, the 'pending' amount could take up to five working days to be refunded to your bank account.

Those who have shopped in-store at Tesco, or have made a purchase in the past week, have been urged to check their bank statement to ensure they haven't been overcharged.

Many have gone online to complain about the overcharges to Tesco.

One Twitter users wrote: "@Tesco I have been double charged for some fuel, contacted bank and they said you need to cancel 1 of these transactions.

"Who do I need to contact to sort this. Thanks."

While another added: "@Tesco At checkout my husband was told that he might be charged twice for his shopping but not to worry as it's a ghost transaction & would be refunded in 4/5 days.

"Not happy please explain why you are double charging & hanging onto the money so long?'"

A third chimed in: "@Tesco I’ve been double charged for a shop I did on Tuesday! Have spoken to my bank who have said to speak with you!"

Tesco told shoppers on Twitter: "We're aware of an issue with some payments not initially going through.

"Rest assured only one payment was taken and any reserved funds will drop off in the next couple of days. Sorry for any inconvenience caused."

The company said the problem is UK-wide and across its Express, Extra, Metro, fuel stations and superstores.

It did say that not all shops are impacted though and the error hasn't affected online orders.

A Tesco spokesperson said: "Due to a technical error some customer card payments have been authorised more than once.

"We’re sorry for any inconvenience this may have caused, and we want to reassure affected customers that they will only pay for their purchases once and any duplicate transactions will be reversed."

Tesco has said it's contacting all customers directly, however this could take weeks.

Those who find they've been overcharged may want to raise an enquiry, with copies of your bank statement.