Exclusive updates on Teresa’s fiancé Luis, Manzo drama is heating up and more!

Caroline Manzo: I’d return to ‘RHONJ’ to ‘knock the s–t’ out of Teresa Giudice

Jackie Goldschneider: Why Traci Johnson was cut out of ‘RHONJ’ reunion

Teresa Giudice called Caroline Manzo’s bluff after the “Real Housewives of New Jersey” alum claimed she would “knock the s–t out of” her former co-star.

“She didn’t knock the s–t out of me the entire time she was on the show,” Giudice, 50, told TMZ Thursday, adding, “That’s why I’m still there and she’s not.”

The “Real Housewives Ultimate Girls Trip” alum also said she believes Manzo, 60, is using her for clout and to get attention for her son Albie Manzo’s “Dear Albie” podcast — since that is where she made her headline-grabbing remarks.

“She’s promoting her son’s podcast so she talks about me because otherwise, no one is paying attention,” Giudice added

The reality star then pointed out how Caroline acted completely different to her face while they were filming a Super Bowl commercial together for Sabra hummus in December 2020.

“In person, she was hugging me,” Guidice said. “On her son’s podcast, she wants to fight me.”

Caroline said on the May 18 episode of Albie’s podcast, which was titled “Caroline Manzo, out for blood,” that she would get “great pleasure” to “knock the s–t out of” Guidice “verbally” and “put her in her place.”

“I am tired of certain things,” she added. “I am tired of her opening her very uneducated mouth and using me as a weapon to say that I was the one that spearheaded her IRS claim and stuff like that. We are not those people.” 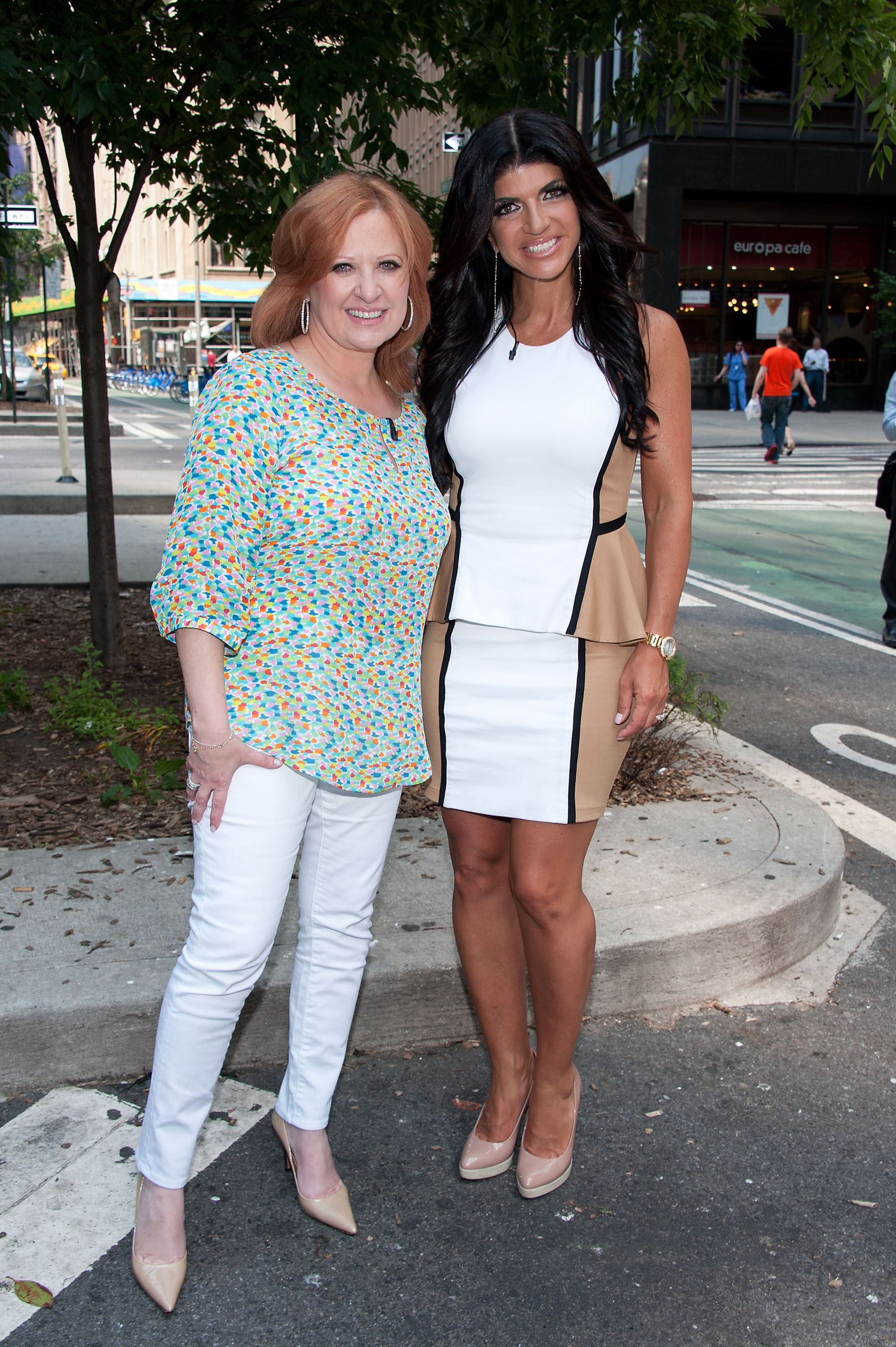 In 2019, Giudice accused Caroline of partaking in a federal government investigation that landed both Teresa and her ex-husband, Joe Giudice, in prison for fraud.

This is not the first time the former “RHONJ” star, who appeared on the hit Bravo series for five seasons, has blasted Teresa on “Dear Albie.”

In 2019, Caroline said of her fellow Bravolebrity, “Once in a while, you gotta take the bully, pull ’em up by the shirt, pull ’em up to your face and say, ‘This is the reality. This is life. I am going to clear things up for you.’ And that’s what I’m doing.”