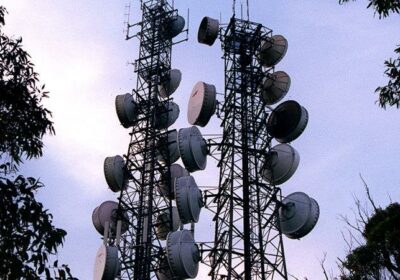 Telstra has declared a win in its fight for more of the country’s scarce radio frequency spectrum, with the telco poised to consolidate its dominance in regional areas under new limits set by the federal government.

Communications Minister Paul Fletcher on Sunday imposed a 45 per cent limit on the amount of “low-band” radio frequency spectrum that telcos can buy to boost their regional 5G mobile coverage when it is auctioned off later this year. He set a separate bidding limit of 40 per cent for metro areas. 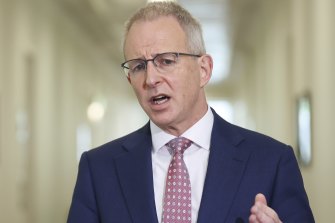 Federal Communications Minister Paul Fletcher has imposed limits on the amount of low-band spectrum that telco companies can bid for at auctions to be held later this year.Credit:Alex Ellinghausen

His decision represents a partial departure from the advice of the competition watchdog, which proposed a single 40 per cent limit across regional and metro areas, and is a boon for Telstra in the regions, handing it more than the 43 per cent limit it had lobbied for.

Mr Fletcher, however, maintained his decision amounted to an “incremental increase” to Telstra’s potential spectrum allocation and denied Optus and TPG’s regional customers would be disadvantaged.

“It is a modest increase in the maximum amount that Telstra can bid for compared to what the Australian Competition and Consumer Commission recommended,” Mr Fletcher said.

“We very carefully configured this so that we don’t end up with an auction outcome that leaves the customers of Optus or TPG worse off. Let’s be clear, [Optus and TPG] will be able to get significant additional spectrum should they want it in both regional and metro under these limits.”

Low-band spectrum is a scarce resource used to carry calls and data over vast distances between mobile towers and customers, making it crucial for regional areas. It affects the speed and quality of internet coverage in the regions.

The metro area covers 92 per cent of the Australian population, including all big cities along the east coast, while the remaining 8 per cent is considered regional.

Telstra, which heavily lobbied the government not to accept the ACCC’s proposal, welcomed the decision as a “win for the people, businesses and communities of regional and rural Australia”.

“It will mean we can bid for enough spectrum to maintain our leading mobile network,” a spokesman said.

In its official advice to Mr Fletcher in March, the ACCC recommended a single 40 per cent bidding limit on the 850/900 MHz (or low-band) spectrum allocation. It concluded the limit was important for Optus to remain competitive in the mobile services market, finding it was at risk of not being able to roll out 5G technology widely and efficiently in regional Australia if it did not obtain more spectrum.

Optus and Telstra have been locked in a war of words over the issue, with Optus arguing its services in regional areas would be at risk if the ACCC proposal was not followed. But in a move that appears to have satisfied Optus, Mr Fletcher has guaranteed 10 MHz of 900 MHz band spectrum will be set aside for Optus and TPG at the auction.

A TPG Telecom spokeswoman said while it welcomed the guaranteed spectrum, allowing Telstra to purchase additional spectrum in regional areas would “help Telstra preserve its monopoly in regional Australia”.

Telstra, in a statement, said the decision to impose bidding limits “rewards Optus for its failure to invest in previous low band spectrum auctions and really means it’s time for Optus to put its money where its mouth is.“

Mr Fletcher’s decision comes as Telstra and the federal government are in negotiations to buy Pacific telco company Digicel using a $1.5 billion loan from taxpayers to stop China from acquiring the assets. Mr Fletcher rejected speculation the two issues were linked and declined outright to comment on the Digicel deal.

“This is a spectrum decision on the merits about competition and what will maximise competition in 5G. I reject any suggestion of linkage with other considerations,” Mr Fletcher said.

The spectrum auction will take place later this year, with successful bidders receiving a 20-year licence to use it.