Tamra Judge pokes fun at her ‘RHOC’ firing on TikTok 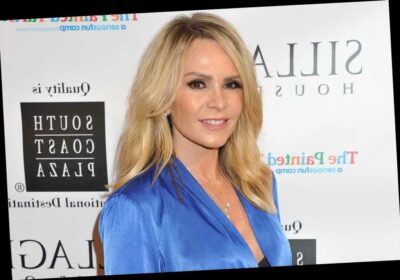 Braunwyn Windham-Burke: Tamra is the only ‘Housewife’ supporting me

Tamra Judge parted ways with “The Real Housewives of Orange County” last year, taking to social media Thursday to make light of her exit as the current cast wraps Season 15.

In the humorous clip, posted to TikTok, Judge is seen wearing a cowboy hat, peasant blouse and jeans as she faux-strums a guitar while mouthing the lyrics to John Denver’s “Fire and Rain.”

The clip led many of her fans to ask whether or not she would consider rejoining the cast.

“Can you and Shannon [Beador] just make up we need this friendship back on TV,” tweeted one fan, while another wrote on Instagram, “Time to come back to RHOC!!! They have figuratively squeezed all the juice out of the orange. Most boring season ever!!”

Not everyone was open to the idea of the 53-year-old returning to the Bravo series, as one fan commented, “Aren’t you over this phase? Move on from #RHOC, I don’t like the new cast, but I’m over the old cast #freshnewpeeps.”

Judge responded to the negative nelly, “As long as RHOC is talking about me (all 14 episodes) I’m allowed to talk about me on RHOC.”

Executive producer Andy Cohen agreed, reposting the clip for his followers on Twitter.

Shortly after Judge’s exit, she and Cohen discussed her 12 seasons with the show.

“I’m probably not going back to real estate but I have to renew my license every four years and I always do it because I’m always looking for a backup plan,” Judge said at the time.

“You know what? You’re smart,” Cohen replied. “You always had other businesses going the whole time.”