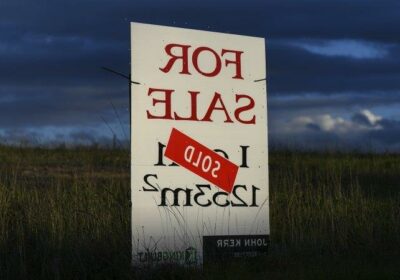 Buying a house in Sydney and Melbourne is now tens of thousands of dollars more expensive than it was just a month ago but there are signs the strongest property boom in decades is slowing.

Property prices increased 1.8 per cent nationally in April with every capital city and region recording growth, CoreLogic data released on Monday morning shows. This was down from a three-decade high 2.8 per cent price increase in March. 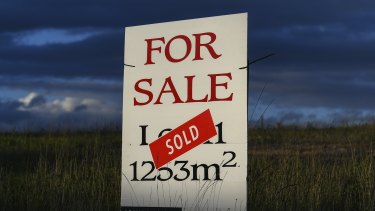 House prices are still rising but there are signs of a slowing in the market.Credit:Penny Stephens

The rapid rise in property prices has prompted warnings about housing affordability from economists and MPs. Last week, federal Housing Minister Michael Sukkar said the state governments needed their “feet held to the fire” to address rising house prices and it was not up to the Commonwealth to fix the issue although he acknowledged it was a problem.

The slowing growth rate may help relieve some of these concerns. The latest data from the Australian Bureau of Statistics shows first home buyer borrowing activity has started to decline.

“The slowdown in housing value appreciation is unsurprising given the rapid rate of growth seen over the past six months, especially in the context of subdued wages growth,” Mr Lawless said. “With housing prices rising faster than incomes, it’s likely price sensitive sectors of the market, such as first home buyers and lower income households, are finding it harder to save for a deposit and transactional costs.”

In March, Sydney’s house prices surged 4.3 per cent while Melbourne recorded 2.6 per cent house price growth. CoreLogic now expects property values to continue rising this year and in early 2022 but at a slower pace.

Coalition backbenchers have become more vocal over the past 12 months about the issue of rising property prices, prompting Liberal MP Tim Wilson to launch a campaign proposing first-home buyers should be able to withdraw tens of thousands of dollars from their super funds to fund a deposit.

Labor spokesman for housing Jason Clare told the ABC on Saturday there was “no one single thing” causing the problem of housing affordability. He said land supply, planning and tax policy were all part of the mix of issues and if the opposition won government he would organise a meeting between federal, state and local governments to tackle the issue.

“What we need to do is make sure that homes are more accessible,” he said. “So we do need to see more supply being opened up.”