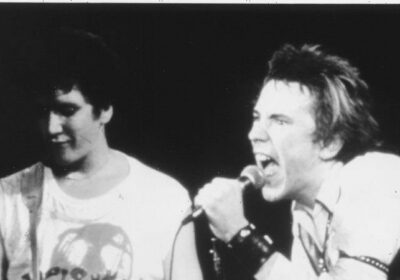 If there was ever an entertainment job guaranteed to cause ulcers it would have to be handling public relations for the Sex Pistols as they snarled, boozed and fought their way through a series of controversies in the late 1970s. 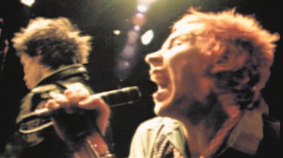 “They were absolutely in the vortex of an extraordinary and unpredictable year”: the Sex Pistols on stage. Credit:FilmFour

Al Clark was working at Richard Branson’s Virgin Records – best known at that point for the hit Tubular Bells – when the punk band were signed by the emerging label, having been sacked by their two previous record companies.

There was immediate controversy when Virgin released God Save The Queen (“she ain’t no human being”) a week before the Queen’s Silver Jubilee. The single was banned by the BBC, Independent Broadcasting Authority and some record store chains.

“It was as if someone had detonated a bomb and my job was to walk calmly in silent slow motion through the consequent falling debris,” Clark writes in the autobiography Time Flies. 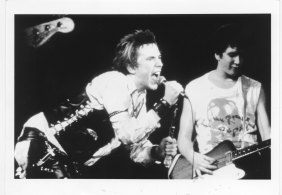 The Sex Pistols shortly before their breakup in 1978.

He became a “round-the-clock answering machine” for the band, responding to media queries about the latest outrage – fights, controversial lyrics, Nazi salutes – as the punk band took on the British establishment and Johnny Rotten, Sid Vicious and co became famous.

“As a mouthpiece of Virgin, my job was to respond to circumstances, not to create them which is what publicists sometimes do,” he says. “[But] I was living a completely different life to theirs. I was a 29-year-old father of two living in the suburbs.”

But Clark, who went on to move to Australia and produce the hit film The Adventures Of Priscilla, Queen of the Desert, enjoyed helping ever-provocative manager Malcolm McLaren pull together a confrontational stunt: having the Sex Pistols perform Anarchy In The UK and God Save The Queen on a boat passing the Houses of Parliament in London. The police ordered them back to the pier and the band were charged with being a public nuisance.

“McLaren was an expert ringmaster,” Clark says. “I think it was an irritant to him that we were so co-operative.“ 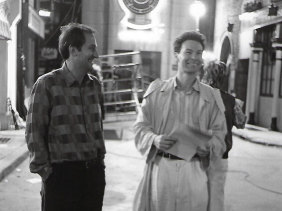 “The music is still electrifying”: Al Clark (left) and director Julien Temple on the set of Absolute Beginners.Credit:Al Clark

So how did the Sex Pistols feel about the self-described company man who was speaking on their behalf?

“I didn’t count really,” Clark says. “Nor should I have because they were absolutely in the vortex of an extraordinary and unpredictable year and I was just on the perimeter, speaking in compete sentences.”

The answering machine was turned off when the Sex Pistols fell apart during an American tour in early 1978.

After working on a book about Raymond Chandler in Hollywood, briefly editing a magazine and quitting Virgin, Clark was rehired as creative director and moved into film producing.

He faced a creative challenge when the company backed the George Orwell adaptation Nineteen Eighty-Four even though it would only start shooting in March for release in October that year.

They made the fast turnaround, getting generally favourable reviews, but only after a budget blow-out. There was also controversy when Virgin added music by the Eurythmics after the premiere against the director’s wishes to sell soundtrack albums.

Two years later Clark faced a different challenge when Absolute Beginners, a musical about a photographer in 1950s London, was simultaneously reviewed by two national newspapers under the headline ABSOLUTE DISASTER. Another went for a variation: ABSOLUTELY ALL OVER THE PLACE.

Clark, who was an executive producer, blames the critical backlash on resentment over the hype around the film. Despite being a commercial failure, he believes Absolute Beginners holds up “very, very well and the music is still electrifying, particularly David Bowie’s title song”.

Clark is now writing about his Australian films, which include Chopper, Red Hill and Swinging Safari, for a second volume of Time Flies.