Anton, 54, has been a stalwart of the BBC show since it launched in 2004, gallantly guiding the likes of Ann Widdecombe and Judy Murray around the floor. Giovanni, 30, joined 10 years later and has already been a finalist three times. And while both love to clown around on camera, I’m happy to report they are every bit as entertaining in person. With tongues firmly planted in cheeks throughout our chat, the chemistry and affection between them is giddily infectious.

Anton hoots with laughter when I confess I am worried about two such shy and retiring lads heading out there on their own.

“It’s going to be amazing,” he says. “I can’t tell you how excited I am. We did the auditions and I internally combusted. It was ridiculous. “I can’t wait to get on the stage with this boy. It’s going to be the best entertainment, only twice as fun for everyone because there’s two of us.”

“It is going to be phenomenal because we are finally allowed to dance again,” Giovanni agrees, “but it is also a dream come true for me because Anton is my idol.”

Has the veteran actually seen any proof of this adoration?

“Let me tell you, I went to his house for supper,” Anton says. “I went to his downstairs toilet and it is like an homage to me. It was like ‘Le Museum de Anton du Beke’. It was marvellous. When I saw it, I thought, ‘This is the boy for me’.”

“He’s on my pillowcase,” jokes Giovanni. “He is everywhere.” 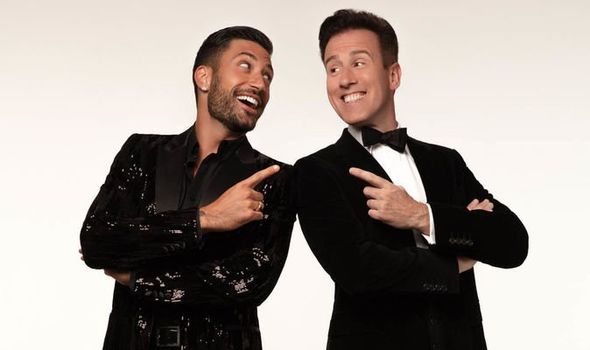 Part of Strictly’s success lies in such camaraderie.

Fellow pros Janette Manrara and Aljaz Skorjanec, who are married, recently revealed how Anton took them under his wing when they first started.

But what about the image portrayed in films like Strictly Ballroom, of a bitchy, cut throat world behind the sequins and smiles?

“I suppose traditionally it can be like that,” Anton says. “But on Strictly the guys and girls who come on the show are so gorgeous and so respectful to me. They treat me like their ‘grande dame’ and I take that as a great compliment. Plus, the talent and enthusiasm and energy of people like Giovanni makes me feel like I’m 25 again and I can go on forever.”

“When I started,” Giovanni says, “Anton said to keep your feet on the ground. Everyone is replaceable, so enjoy, but stay grounded and don’t become a diva!” Anton butts in: “And then he didn’t do it.”

Giovanni laughs: “Well, I didn’t speak English at the time, so I didn’t understand any of it.” 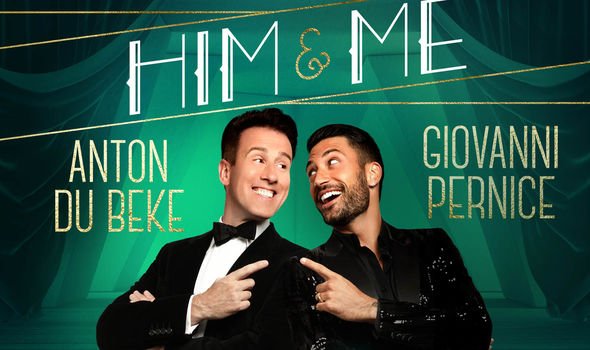 Is there anything Giovanni, in all his great modesty, still wants to improve on as a dancer?

“No. I think we have both reached perfection,” he says, as Anton cackles in delight. “Seriously, for me it is more about what you can deliver to the audience. This is why I am in love with what Anton does. I look up the way he engages with the audience and treats people. He is genuinely like that all the time. On the street when people stop him he is lovely with everyone. That’s why he has been on the show for 18 years.”

Far away from the flamboyant world of dance, they both grew up in traditionally “macho” environments. Giovanni admits it wasn’t always easy.

Born in Sicily, he moved to Bologna aged 14 to focus on his dancing. He says, “If you have a passion, don’t listen to what others say.

“When I was seven years old in Sicily it was very hard, with some people’s stupid mentality. You have to ignore the names they call you, carry on and follow your dream.”

And things have certainly changed since young ‘Anthony Beke’ (his real name) started out in the world of dance in 1970s Kent. 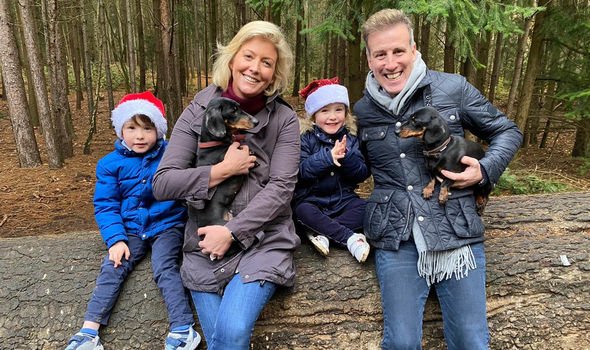 “Well, Anthony Beke never existed, of course,” he reminds me. “Growing up I always knew what I wanted to do, but it was a very different dance world then, purely competitive in front of judges. Strictly Come Dancing changed everything. It became more of a performance art. And now, going on tour as part of theatre world and making connections with the audience every night is the most thrilling thing.”

A Strictly greatest hits TV special last year showed some of the dancers at home. Anton, of course, looked typically dapper. I imagine him off camera in immaculate splendour being constantly wafted by acolytes with giant fans. “This is how I live my life,” he says. “I’ve never changed. I recline in a chaise and I’m wafted to within an inch of my life.”

Such delights aside, I wonder how two men who are used to being so physically and emotionally engaged by their work coped with isolation in lockdown.

Anton has been able to spend time at home with his wife Hannah and four-year-old twins George and Henrietta, but Giovanni split with his girlfriend, Pussycat Doll Ashley Roberts, in January 2020.

“I did the first lockdown on my own,” he says. “It was tough. Luckily then we had Strictly last year. But now I have moved in with a friend. It’s not good for my mental health being alone.”

“Like everyone, it has been the mental thing that has been the hardest,” Anton agrees. “Physically, you do the best you can to look after yourself. I am, of course, an absolute machine.”

The pair say they have been working hard to stay in shape, a prerequisite in an industry that often lacks shirt buttons, or shirts at all, in Giovanni’s case.

“I can’t wait for people to see the new show – there will no buttons,” Giovanni promises. Anton adds: “There will be no shirts! I have the body of an Adonis. I may give the front rows a glimpse. But not too much or they go crazy.”

The fans can but hope. Indeed, with the world reopening finally, hope is everywhere. Will Anton finally lift that elusive Strictly Glitterball Trophy after 18 years?

“This is the perfect year for me,” Anton says. “I spent the first half of it wonderfully with my children and Hannah. Then I get to go on tour with my favourite boy in the world. And then I win Strictly.”

Perhaps Anton might engineer an “unfortunate accident” for his fellow dancer on the final night of the tour? “Oh yes, I could bump him off stage to be molested by the front row!” 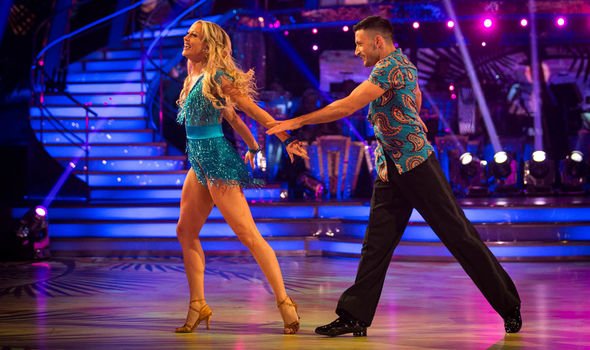 Assuming they both make it to Strictly in one piece, all the talk will turn to celebrity partners, especially if there is another samesex pairing. Who would they like to see each other with?

“I would love to dance with Holly,” Giovanni replies. “We’d have so much fun and she would do amazing. And I would love to see Anton with Piers Morgan.

“They’re friends so I know he could handle him. Anton is very chilled and Piers is very feisty, they would be amazing together.”

“Me and Piers would be hilarious,” Anton agrees. “But I’d like to dance with Rob Brydon, we would look like peas in a pod. “We could do ‘Sisters, sisters…'” As he starts singing the Rosemary Clooney White Christmas number, Giovanni adds, “I know that song. Is it in our show?” “Might be,” Anton teases.

After winning Strictly in his 18th year on the show, what does Anton want to do with the next 18?

There is no hesitation, “Judge. They might let me judge again one day, you never know.”

“Yes!” shouts Giovanni. “That would be lovely. As for me, as long as my legs give the chance I will be a dancer. I will probably be on tour with Anton for the next 18 years.”