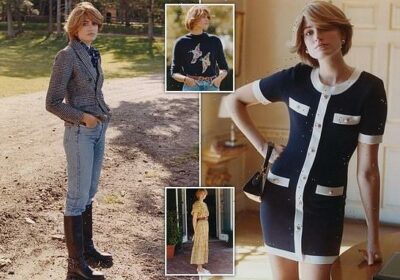 ‘STOP exploiting Princess Diana for money!’ New Anthopologie campaign featuring a model in a blonde wig who bears VERY striking resemblance to the late royal is slammed by fans

Anthropologie has been slammed for ‘exploiting Princess Diana for money’ after the clothing retailer shared a photoshoot featuring a model with a striking resemblance to the late royal.

The clothing retailer shared six images from a photoshoot on their Instagram page earlier this week, each featuring a model wearing her hair in a short blonde bob and 80s style outfits.

The comment section was quickly flooded with royal fans pointing out the models likeness to Princess Diana.

Many were critical of the brand for the apparent reference to the late royal, with one posting: ‘ I don’t know why but using the Princess to sell clothes feels wrong’. 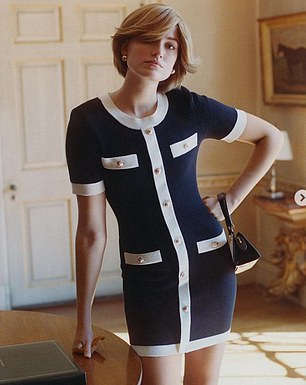 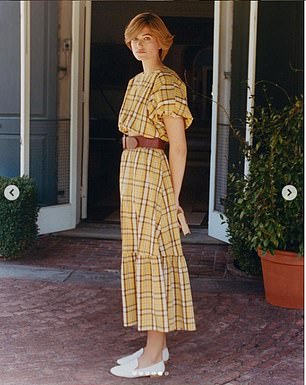 The six images featured the same model with blonde locks styled in Diana’s signature voluminous way which she wore during the ’80s.

In one photograph, she could be seen wearing a pair of jeans, brown boots and a houndstooth blazer, while in another, she bore a striking resemblance to the royal in a navy and white Chanel style mini dress.

Meanwhile in a fourth, she could be seen lying on a sofa while wearing a   striking white pie-crust collar. Diana often donned blouses and shirts with the similar pie-crust style collar. 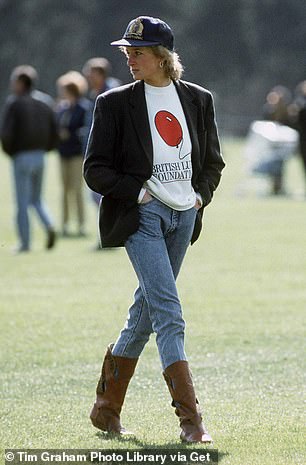 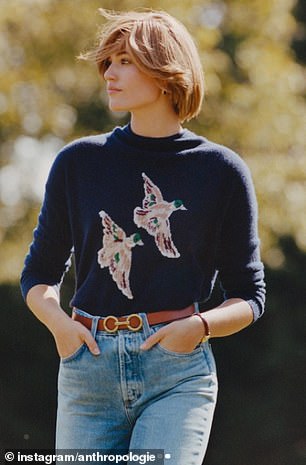 As well as bearing a striking resemblance to the late royal, the model also donned similar outfits to the style of Diana in the ’80s (left, and right, the model) 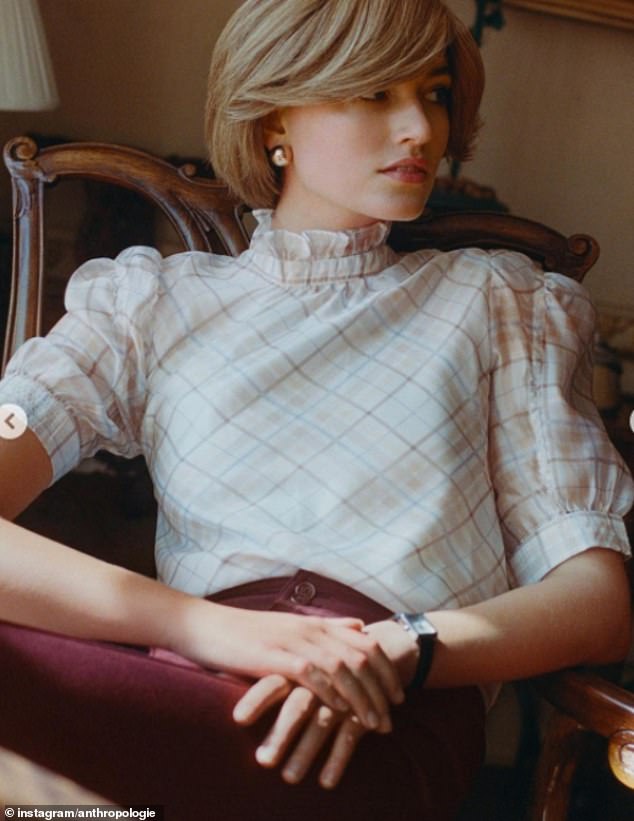 Meanwhile in a fourth, she could be seen lying on a sofa while wearing a striking white pie-crust collar (pictured)

The caption on the gallery of images read: ‘Where countryside pastures grow evergreen, we find serenity in the simplest scenes.

‘Explore the ‘Idyll Weekend’ edit, now at the link in our bio!’

Despite the lack of reference to the late princess in the caption, the comment section was quickly flooded by fans who called out the likeness.

One commented: ‘Is this is supposed to be the Princess Diana collection or something?’ 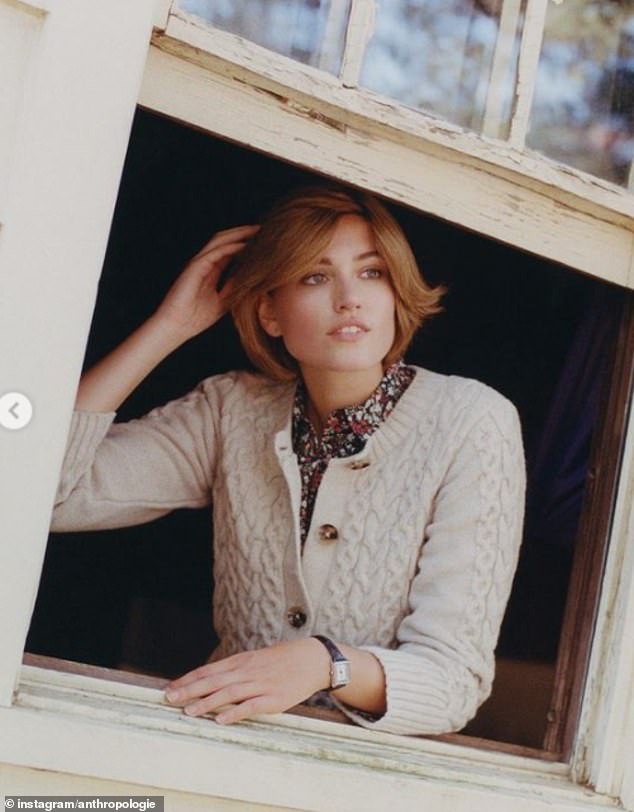 In another snap, the blonde model could be seen gazing out of the window while wearing a white cable knit cardigan and floral blouse

Another wrote: ‘I agree Princess Diana should be referenced in comment as it is so obviously inspired by her.’

A third commented: ‘I don’t know why but using the late princess Diana to sell clothing just feels wrong.’

A fourth added: ‘Is Princess Diana’s looks like in right now? Is everywhere! Stop exploiting her for money…’

‘Should at least give a tribute to Di in the caption or something if the aesthetic is so obvious…’ another commented.

One added: ‘Sorry, I think the Princess Diana vibe is in poor taste.’ 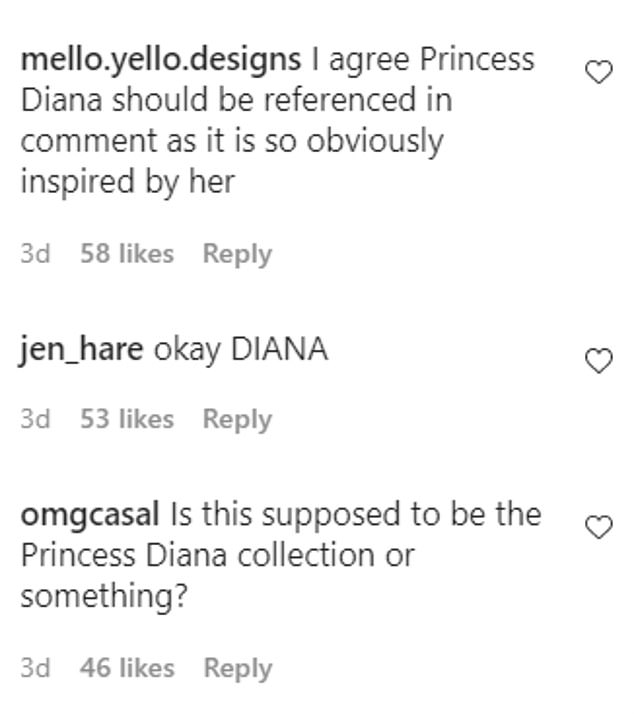 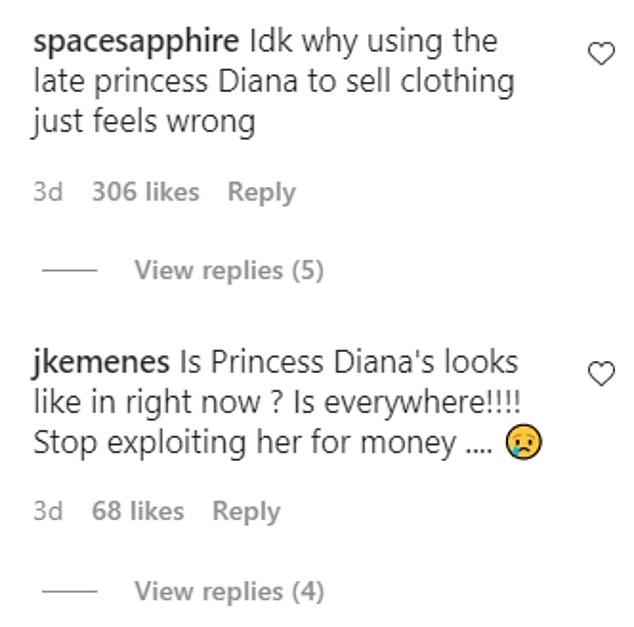 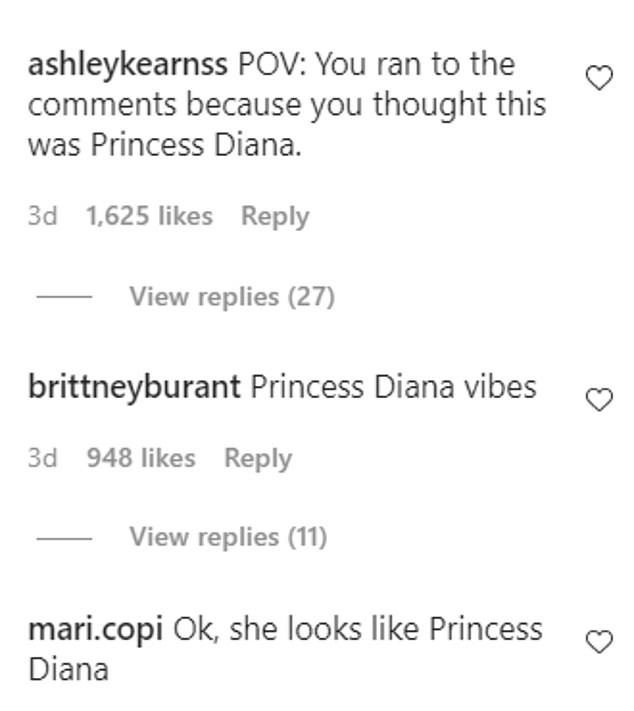 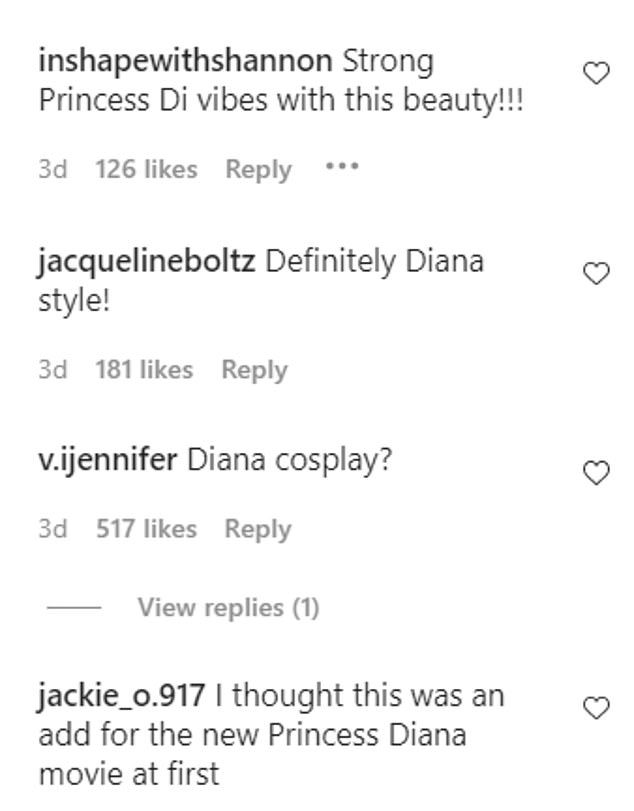 Royal fans questioned the styling choices for the photoshoot, with some saying it was ‘in poor taste’

It comes weeks after royal experts branded the new Diana film Spencer ‘cruel’ and ‘unnecessarily gratuitous’ as it had its premiere last night, saying the movie starring Kristen Stewart strips the late princess of her ‘respect and dignity’.

Commentators have warned how Diana’s sons Princes Harry and William will both by upset by scenes in the movie which show her breaking down in tears in front of William as she battles her eating disorder and self harms.

Distressing scenes in the film out on November 5 show Diana, who died in a car crash in Paris in 1997, fantasising about throwing herself down the stairs and choking on a pearl necklace gifted to her by husband Prince Charles.

Other parts of the film detail her bulimia as she vomits and even experiences hallucinations about her own death – and royal experts including Richard Fitzwilliams, Ingrid Seward and Penny Junor have all criticised the depiction.

Mr Fitzwilliams told MailOnline: ‘It was an extraordinary decision to feature Diana throwing up on the poster whilst dressed in couture. The film does show scenes of bulimia and self harm which is indeed cruel.’