Steph & Dom solve your sex, love & life troubles: Why doesn’t he want to be with me at Christmas?

TV’s Steph and Dom Parker, 51 and 54, draw on their 20 years of marriage to solve your relationship problems . . .

Q: I’m 43 and have been dating my new boyfriend for eight months. We see each other every weekend and at least once in the week.

Anyway, he’s spending Christmas with his family and I’m going to my mum’s, which is fine, but I was hoping that he might come and visit me and my family on Boxing Day. I invited him, but he said no! It’s about an hour away from his and he said he had plans. I was a bit hurt — and embarrassed to tell my family he’s not coming. Then, when we got on to the topic of New Year, he said he’ll probably go out with his mates. There was no mention of including me. I’m so disappointed. Now I’m not sure what to do. I haven’t made any plans as I thought we’d be together.

I’m mortified he doesn’t want to spend any time with me over the holiday. 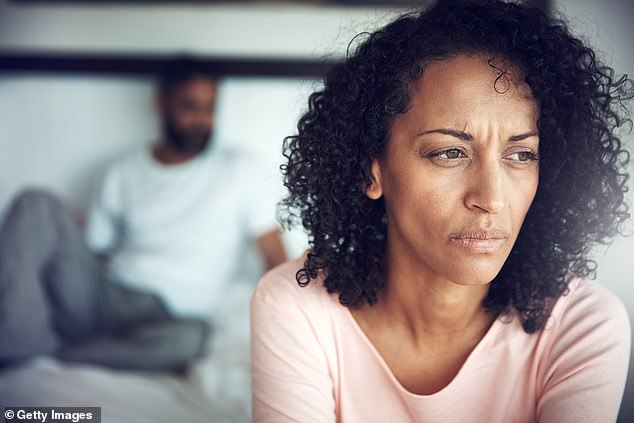 Steph says: Poor you — this is not easy. Your problem is timing, in more ways than one. You’ve been together for eight months and that’s tricky. It’s the inbetween time. It’s neither too-soon-to-scare-him-off territory, nor is your relationship a done deal. But it’s entirely reasonable of you to be looking for signs of commitment — or otherwise — right now.

But the bigger timing issue is the season itself. Christmas can be wonderful, of course, but it can also be a nightmare. Particularly for a single woman in her early 40s. All eyes will be on you and your love life when you see your family and friends.

You’ve probably watched your school and university friends pair off, get married and have kids, and it’s not necessarily easy to answer the inevitable questions about ‘anyone special’ in your life.

I totally understand the desire to stop everyone in their tracks by serving up your new boyfriend on Boxing Day, but I’m sure that, deep down, you know that’s not the point. 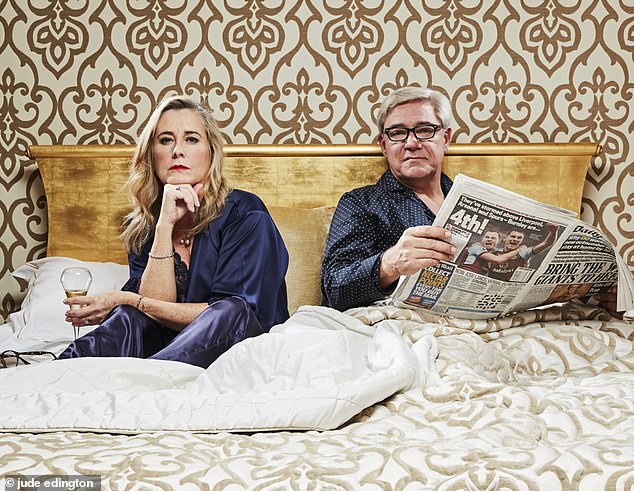 Be honest with yourself. Is he really the one for you? Do you really want him? I suspect not. And I suspect you know it.

And, I’m sorry to be blunt, but I think the fact he doesn’t want to start the New Year with you is a clear signal that he’s not too bothered either.

And that should make the next bit easier.

If you want to, do what I’d do and go for the sledgehammer: tell him that you have a packed party schedule, thanks, and couldn’t find time to see him even if you wanted to.

Or, if you’re more of a kid-glove kind of girl, just quietly make your own plans. Tell your friends and family you’d rather spend time with them, not someone you’ve known for less than a year.

It’s his choice not to spend time with you over the festive period, but you can also make a choice. Choose not to be bothered. Choose to be brave. Choose to have a lovely time with family and friends, then move on. Better things lie ahead.

Dom says: Oh dear. This is all a little bit sad, and precisely what you don’t need in the run-up to Christmas. I think the first thing to say is that you haven’t been together that long. Eight months, while not a trifle, is not exactly long-term. Yet. So you might want to cut your chap a little bit of slack.

Is he outgoing and sociable, or is he very shy? If he’s quiet, then I can see how coming to your family for Christmas might be a little daunting. A slightly lame excuse, perhaps, but it is daunting nonetheless.

Also, you don’t say how old he is, and I wonder if he — or his family and friends — might be a little set in their ways.

Plenty of people have Christmas traditions which stretch back decades, and woe betide the son/brother/uncle who disrupts the festive family apple cart. That said, I think it’s fair to say that the thunderbolt probably hasn’t struck for him.

If he was head-over-heels, he’d be delighted to be invited to your mother’s house — terrified, perhaps, but still delighted.

The first Christmas Steph and I were together, three months after we met, I flew out to Brussels to spend the whole thing with my prospective in-laws despite having just had my appendix removed.

Wild horses wouldn’t have kept me away, because I wanted to make Steph happy.

So, I would be slightly wary if I were you. I’m not sure he’s making quite enough effort. However, there’s nothing to say that a slow-burn romance can’t work out just as well in the end. This chap may well see the error of his ways in time.

What you mustn’t do is overreact and dump him now, slap-bang in the middle of it all.

I’ve been there, too — and it was ghastly.

A few years before I met Steph, I drove about two hours to see my then girlfriend on Christmas Eve, only for her to chuck me almost as soon as I arrived. That was a miserable drive home.

Far better to grin and bear it until January. His reluctance to spend the 31st with you also rings alarm bells, but you never know, he may simply not realise it’s important to you.

Be cool, be calm — and keep your eye out for a new man in the new year!

If you have a question you’d like Steph and Dom to tackle, write to: [email protected]dailymail.co.uk