State pension payments set to increase by almost £300 as inflation drops to 3.1% 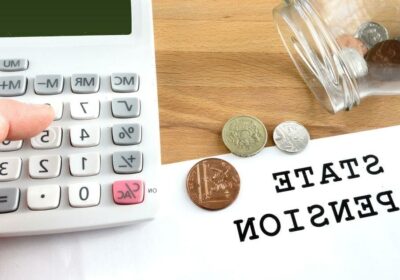 State pension payments are set to rise after figures from the Office for National statistics show inflation fell to 3.1%.

The inflation rate is usually used to calculate how much the state pension will rise in the UK.

By next April it is believed the payments will rise by £290 for pensioners across the country.

The Department for Work and Pensions is yet to confirm but payments will always rise by a minimum of 2.5% under the triple lock.

Earlier this month, it was reported the state pension was set to rise to "highest increase in decade".

The triple lock sets an increase to weekly payments based on the higher average wages, the consumer prices index (CPI) or 2.5%.

Now from figures released this morning is shows the state pension is set to increase by 3.1% in 2022/23.

It could mean pensioners will receive a boost of more than £5.50 a week.

Tom Selby, head of retirement policy at AJ Bell, said: "The good news is the state pension is set to increase by 3.1% next year.

"However, the Government's decision to suspend the earnings element of the state pension triple lock means retirees will miss out on a blockbuster 8.3% increase."

He added: "This decision will 'cost' someone in receipt of the full flat-rate state pension £9.35 a week in retirement income – or £486.20 over the course of the year."

The triple lock is a measure that guarantees rises in the state pension by inflation, 2.5% or wage increases, whichever is highest, so pensioners could have been in line for so much more.

Helen Morrissey, senior pensions and retirement analyst at Hargreaves Lansdown, added: "The 3.1% increase was a touch under what many expected and will come as cold comfort to pensioners bracing themselves for soaring energy bills this winter."

Overall the figures show that inflation has risen by 2.9% in the 12 months to September.