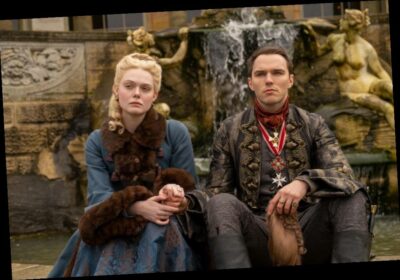 Starzplay Launches On France’s Canal+
Starz’s streaming service Starzplay is launching in France on Canal+. The streamer will be made available to all Canal+ Series subscribers at no extra cost and will be stocked with shows including The Great and Ramy. “Partnering with Canal+, a marquee brand well known for its comprehensive offerings and exceptional service, to expand the Starzplay footprint in France will introduce new audiences to our vast library of compelling series and films,” said Superna Kalle, EVP, international digital networks for Starz. The service has previously been available in France as a direct to consumer service.

BBC Bags ‘Bates Motel’
The BBC has acquired all five seasons of Bates Motel from NBCUniversal Global Distribution. The Psycho prequel, which broadcast in the U.S. between 2013 and 2017, will be made available on streamer iPlayer. Sue Deeks, head of BBC programme acquisitions, said: “Bates Motel is modern reinvention of the classic spine-tingler. Full of suspense, intrigue and unexpected twists, it will keep BBC viewers mesmerized until the very end.”

Cineflix’s Julien Leroux Sets Up Paper Entertainment
Julien Leroux, Cineflix Media’s SVP of global scripted co-productions, has left after two years to launch London-based scripted producer Paper Entertainment, which this week picked up a credit on Season 2 of Apple’s Tehran. Leroux said: “In the past 15 years I have had the immense privilege to work with some of the best international producers, writers, directors and commissioners. Working with established talents as well as diverse new voices wherever they are coming from in the world has always been key for me. With Paper Entertainment I intend to bring more exciting, thrilling, crazy and emotional stories to life.”

Gub Neal’s Ringside Studios Hires Patrick Irwin
Ringside Studios, the production company set up by The Fall producer Gub Neal as a joint-venture with France’s Newen, has hired Patrick Irwin as an executive producer. Irwin’s credits include The Fall and Jonathan Strange & Mr Norrell, and he previously worked with Neal at Box TV and Artists Studio. Ringside said it is gearing up to go into production on its first project for the BBC next month. Neal said: “After finding our feet and developing as a new company in 2020, we are now looking forward to getting started on a number of new productions, developments and properties. Being able to add someone with Patrick’s first-class experience and track record to the team will help ensure that these projects are delivered to the highest standards.”