Vogue Williams and Spencer Matthews had a bespoke christening gown made for baby son Theodore – much like the one worn by Prince Louis.

Vogue, 33, shared a sweet snap of her and husband Spencer Matthews, 30, with three-month-old Theodore on Instagram on Monday.

Baby Theodore wore an ivory gown for his christening, which featured a lace hem and neck, along with ruffled sleeves.

Proud parents Vogue and Spencer – who is the brother-in-law of Pippa Middleton – commissioned Irish designer Paul Costelloe to design the special outfit for Theodore. 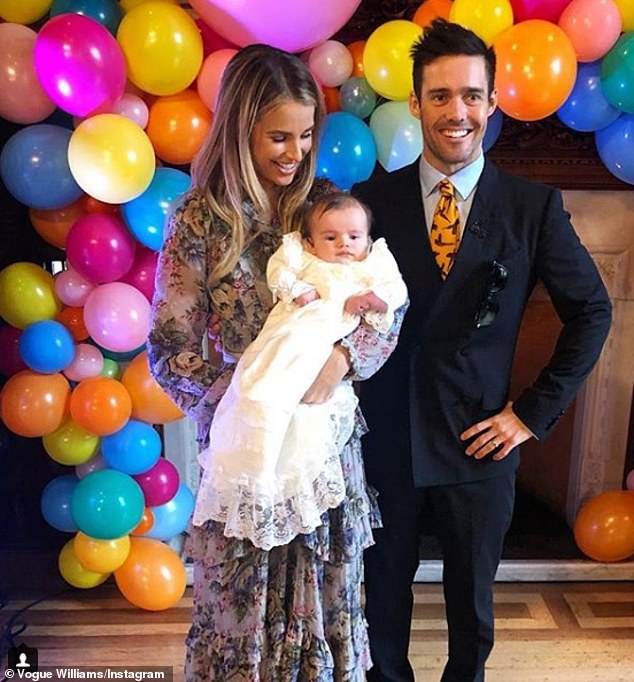 Vogue Williams and Spencer Matthews had a bespoke christening gown made for baby son Theodore (above, at the christening) – much like the one worn by Prince Louis 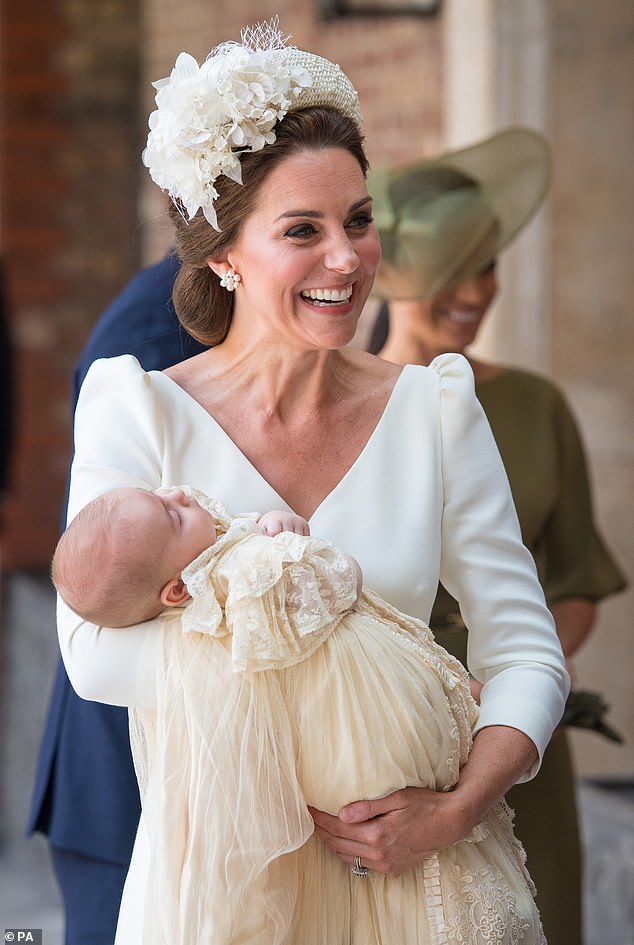 Prince Louis (above with proud mother Kate at the christening in July) wore a cream, frilly lace royal christening gown that was also worn by siblings George and Charlotte

The outfit is similar to the traditional royal christening gown worn by Prince George, Princess Charlotte, and Prince Louis for their christenings.

The cream, frilly lace royal christening gown is a replica of the intricate robe made for Queen Victoria’s eldest daughter in 1841.

Pippa and James both attended Louis’ christening at St James’s Palace in July, but it is not clear if the couple – who recently welcomed their own baby son Arthur – attended baby Theodore’s christening.

Vogue shared the family snap taken at Theodore’s christening on Instagram on Monday, explaining how they had finished filming for their new E4 show Vogue and Spencer Adultish. 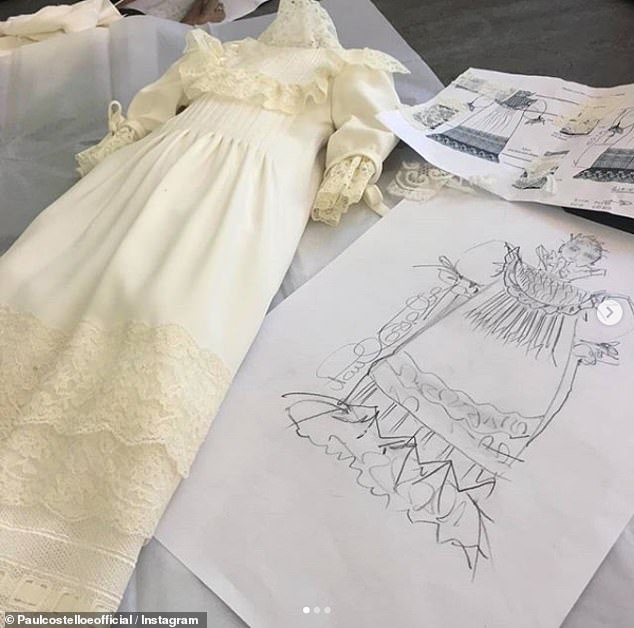 Irish esigner Paul Costelloe shared a snap of baby Theodore’s bespoke christening gown on Instagram, along with his sketches for the garment (right) 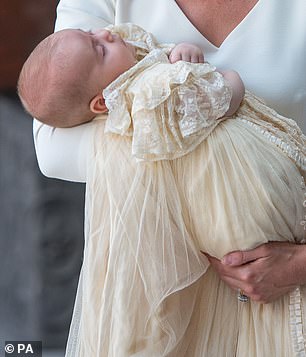 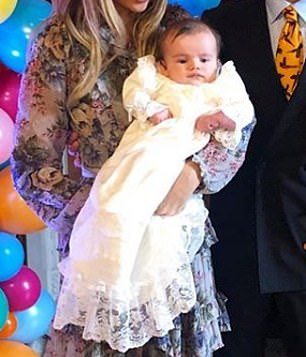 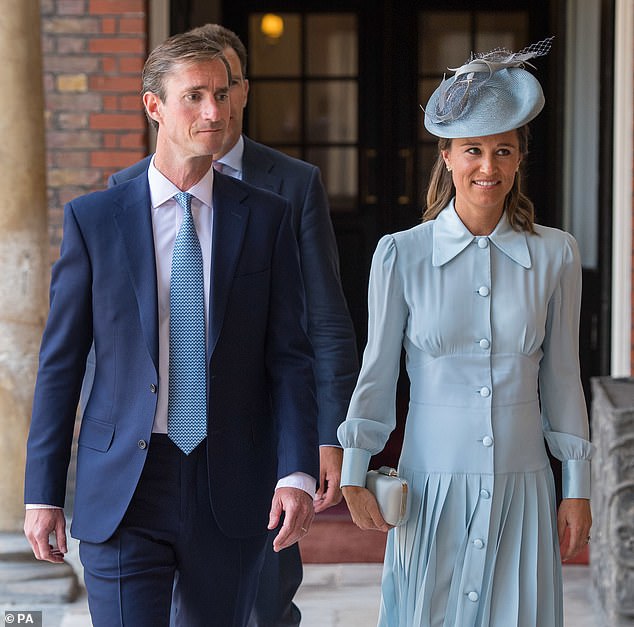 She wrote: ‘We can’t wait for you all to watch it on @e4grams early next year. It’s been so much fun and I think you’re all going to love the show.’

Meanwhile, designer Paul Costelloe also shared a snap of baby Theodore’s bespoke christening gown, along with his sketches for the garment.

Posting on Instagram, the brand wrote: ‘BABY COUTURE. Paul was proud to create a bespoke gown for @voguewilliams and @spencermatthews little boy Theodore for his #namingceremony and #christening.’

Paul added: ‘It’s been a beautiful journey, from his very first fitting to his special day’. 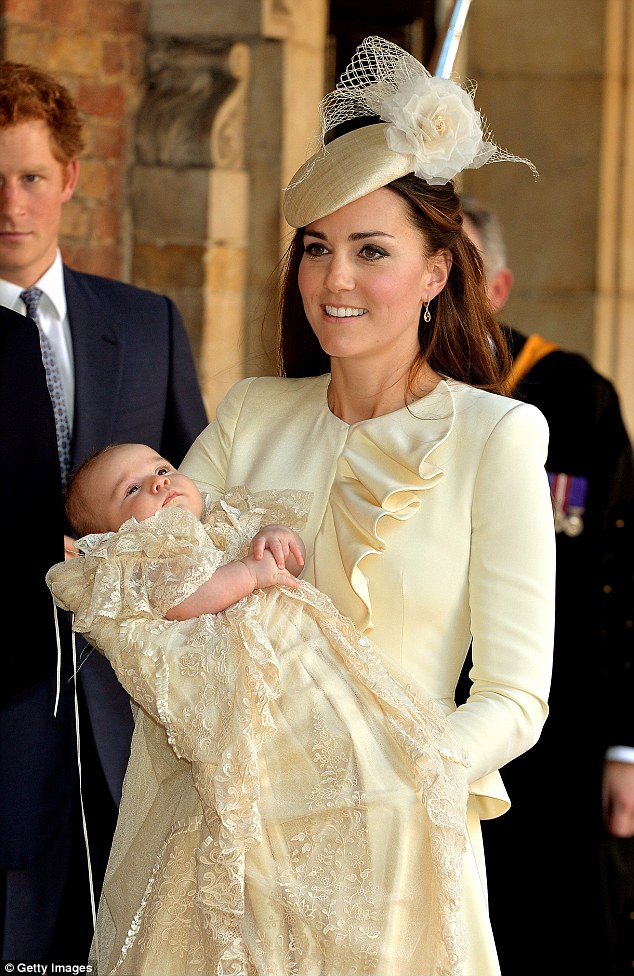 Kate is pictured cradling eldest child, Prince George, wearing the Honiton robe on his christening day in 2013. The same robe was worn by Louis 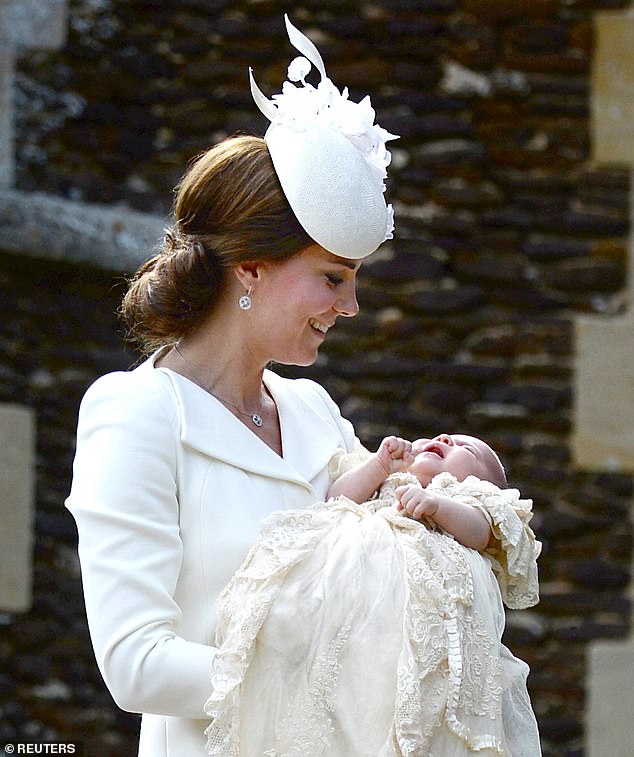