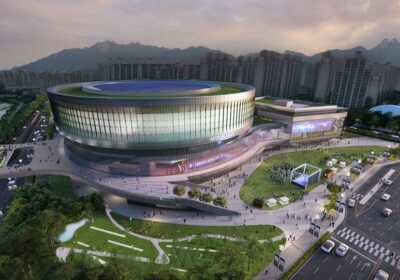 On Monday, The Seoul Metropolitan Government and South Korean internet company Kakao announced the construction of a new arena in the Seoul area dedicated to K-pop.

The Seoul Arena — which is scheduled to be established in Chang-dong, Dobong-gu — will hold a ceremony in June after the approval of future implementation plans and is expected to be finished in October 2025.

Pulse News reports that Kakao will be in charge of operating and maintaining the Seoul Arena for 30 years after it opens, while the venue will be owned by the city government. The venue is also said to incorporate augmented reality and other technologies as well as provide digitally enhanced services such as concert live streaming, according to the Seoul Metropolitan Government.

Despite Kakao officials deeming the complex South Korea’s “first and largest” arena dedicated to K-pop — the internet giant is in competition with entertainment company CJ ENM, who also began construction on a similar project last October.

CJ ENM’s CJ LiveCity Arena is slated to open in 2024 and is designed for large concerts with 20,000 indoor seats, and capacity for a further 40,000 outdoors. It is also said the specialized arena will be equipped with stage facilities, sound and lighting systems.

In a press release, Kakao board chairman Kim Seong-soo said: “Kakao is constantly thinking about what we can do to make a better world together with our society. We will thoroughly prepare various programs for revitalization so that we can further spur the global spread of K-contents and win-win with the local community.”