Pretty in pink! Sophie Wessex puts on a summery display in pleated skirt and white blazer as she arrives alongside husband Prince Edward at newly opened St James Quarter shopping district in Scotland

The Countess of Wessex put on a stylish display as she arrived to visit the newly opened St James Quarter shopping district in Scotland today.

Sophie, 56, who arrived alongside her husband Prince Edward, 57, looked the picture of elegance in a pink pleated skirt, white top and blazer.

The mother-of-two completed her ensemble with a pair of cream stiletto heels and wore her blonde her in a loose half-up, half-down style, revealing her dangling earrings.

Her Majesty’s daughter-in-law Sophie, who has often been noted as the monarch’s ‘favourite’ family member, added a touch of glam to her outfit with a long silver chain which featured pink opaque pearls, and could be seen holding an elegant clutch bag as she was welcomed to the organised event. 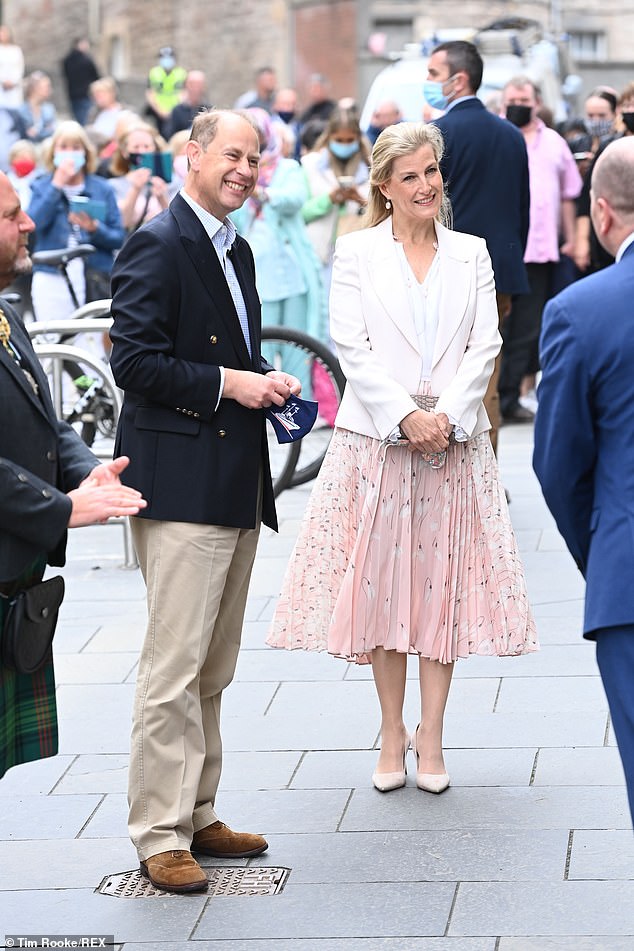 The Countess of Wessex, 56, put on a stylish display as she arrived alongside her husband Prince Edward , 57, to visit the newly opened St James Quarter shopping district in Scotland today 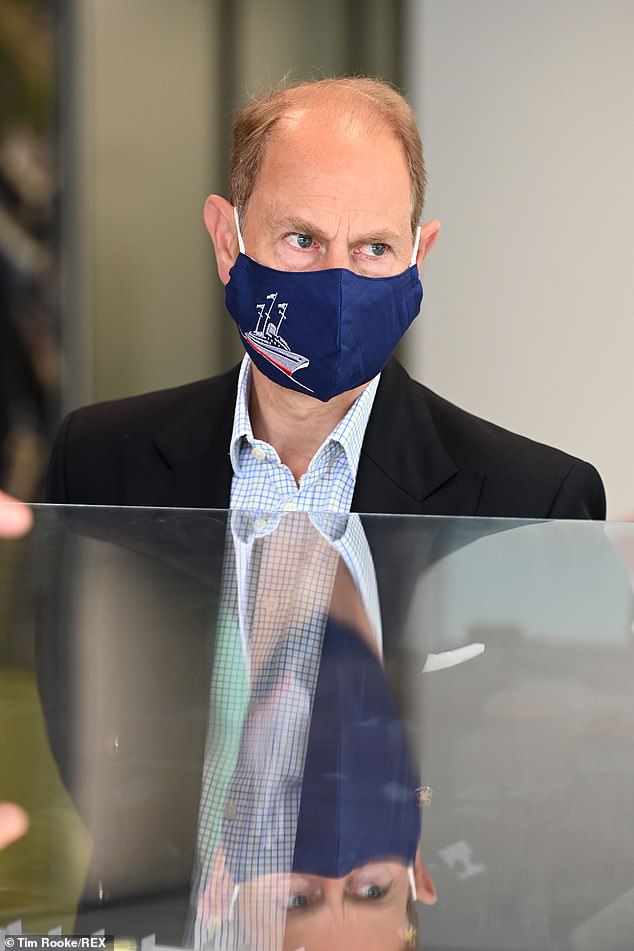 The natural beauty kept her makeup minimal, completing her look with a nude lip gloss, light layering of mascara and dash or blusher.

The royal was also seen putting safety first by adhering to government guidelines and wearing a protective face mask.

The visit comes a day after the Countess of Wessex was left howling with laughter as the couple visited their Scottish earldom, Forfar and enthusiastically tried her hand at golf. 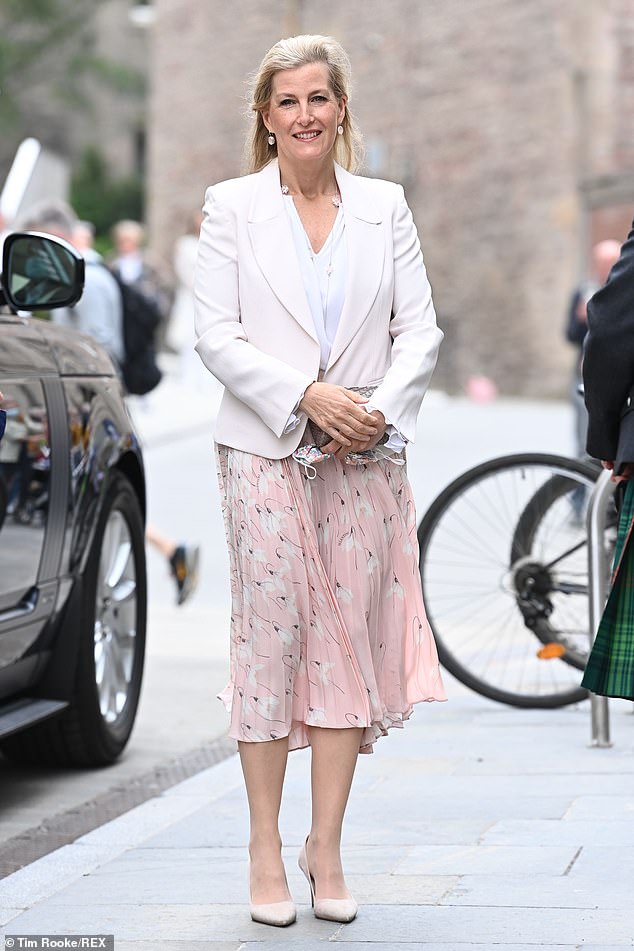 The mother-of-two completed her ensemble with a pair of cream stiletto heels and wore her blonde her in a loose half-up, half-down style, revealing her dangling earrings

The Queen’s youngest son excelled in diplomatic dressing as he donned a kilt for his visit to Forfar Golf Club to mark the 150th anniversary of the venue, while wife Sophie looked equally sophisticated in a floral midi dress.

Prince Edward received the title of Earl of Forfar from the Queen for his 55th birthday, with the pair first touring the Scottish town in 2019.

The couple’s visit came after the the Queen was introduced to Scotland’s national drink Irn Bru as she kicked off a four-day Holyrood Week charm offensive today – just one month after Scottish media said sending ‘popular’ Prince William and Kate Middleton north of the border was a ‘shrewd move’.

Making her first official visit north of the border since the death of her husband, the Duke of Edinburgh, Her Majesty was given a tour of AG Barr’s factory in Cumbernauld, where the iconic soft drink is manufactured.

The 95-year-old monarch was joined by her grandson the Duke of Cambridge – known as the Earl of Strathearn in Scotland – as she officially opened the factory’s new process facility.

The Queen, who is in Scotland for Royal Week where she will be taking part in engagements celebrating community, innovation and history, also met employees and was given an overview of the history of the company.

Meanwhile, the Countess of Wessex being in the spotlight is what Prince Philip ‘would have wanted’ and helps to ‘keep his memory alive,’ a royal author has claimed.

Sophie has often been noted as the monarch’s closest confidante and has reportedly been encouraged by the Queen to fill the gap left by Prince Harry and Meghan Markle following Megxit at the start of 2020.

‘The Queen is very canny. And she has always been very fond of Sophie,’ Ingrid Seward said, speaking to The Times.

‘Prince Philip adored Sophie, and the Queen feels that now is the moment to push her, just gently. “Give some interviews, do some stuff. You work very hard, no one takes any notice. Get out there!” I can see her saying that.