Emilia Clarke, Mother of Pranks. The Game of Thrones actress threw Daenerys Targaryen’s dresses aside and put on Jon Snow’s cloak — and beard! — for an epic prank in New York City.

Clarke, 32, channeled the King of the North when she turned herself into Kit Harington’s GoT character and pranked people as they walked around the Big Apple. “The shop was out of Daenerys costumes, ‘cause they’re sold out,” she joked in the Omaze YouTube video, which was posted on Friday, April 26. “I am Jon Snow and I’m gonna go into Times Square now. Jon Snow loves New York!” 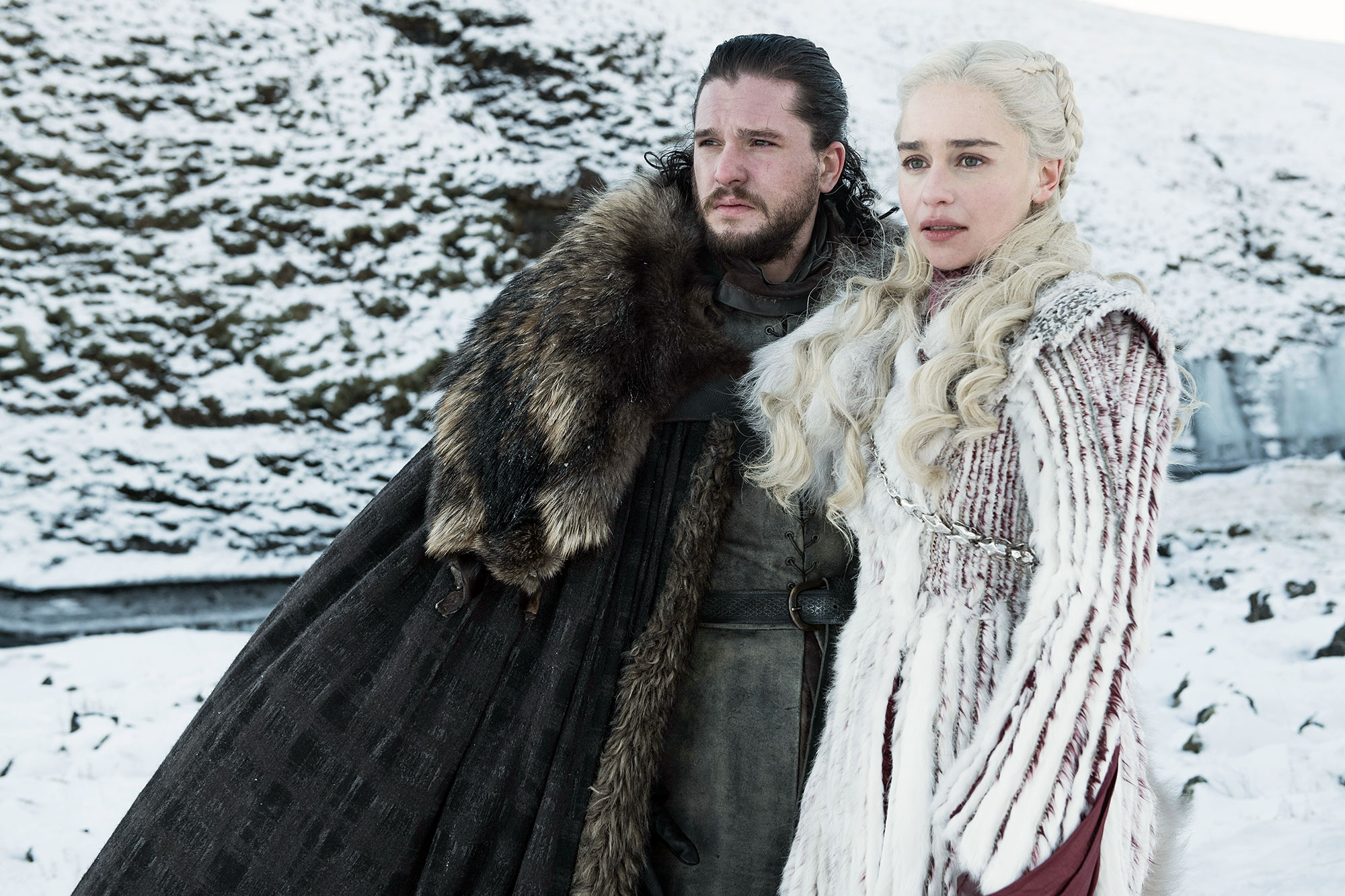 The Me Before You star — who plays Snow’s aunt and lover on the HBO series — asked unsuspecting New Yorkers questions that only Game of Thrones fans would understand. “I was just wondering, which way to The Wall?” she questioned a convenience stand worker. “Just any way north, really, I like it.”

Clarke then asked a woman if she would be interested in watching the “final episode of Game of Thrones with Emilia Clarke,” but the woman was not having it. “I’m a Walking Dead fan,” the pedestrian laughed. The London-born actress proceeded to chat with other street characters, including Batman and Superman, and try to convince people to watch the award-winning show.

The eighth season of Game of Thrones premiered on April 14 and will conclude after more than nine years on Sunday, May 19. The Solo: A Star Wars Story actress celebrated the small-screen hit’s final season debut by posting a behind-the-scenes picture from the set.

“Me and my baby (dragon) (Drogon) just very excited for you all to see #season8gameofthrones which if I’m not mistaken begins….now,” she captioned the photo, which showed her laying on a green screen. “#gulp #enjoy #forthethrone #forthelasttime #buckleupkids @hbo @gameofthrones.”

Game of Thrones airs on HBO Sundays at 9 p.m. ET.