Mother, 60, offers 34-year-old daughter sex advice to keep her man ‘happy’ – and says it will ensure she gets her own way

An obsessive mother-daughter pair prove there really are no boundaries to their relationship in sMothered.

In tonight’s episode of the TLC show, Kathy Crispino, 60, offers her daughter Cristina Bertolli, 34, both from near Chicago, sex advice on how to keep her husband happy to ensure she gets her own way.

Cristina also gives her opinion on their relationship, stating it’s their lack of limitations that makes them so close.

‘My mother’s always giving advice on what you should do to make your man happy,’ she says, before Kathy chuckles and adds: ‘Men are like floors, if you lay them right the first time, you can walk all over them the rest of your life’. 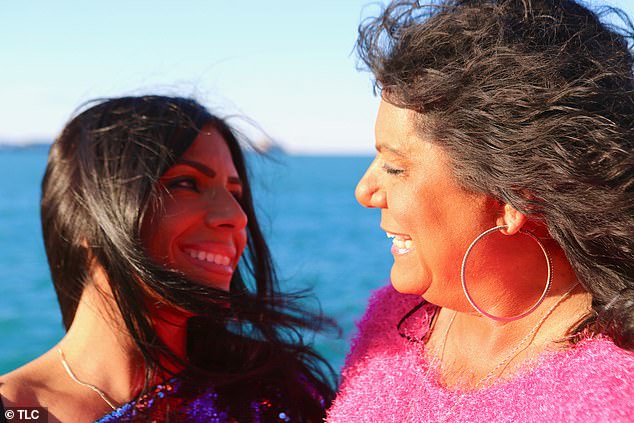 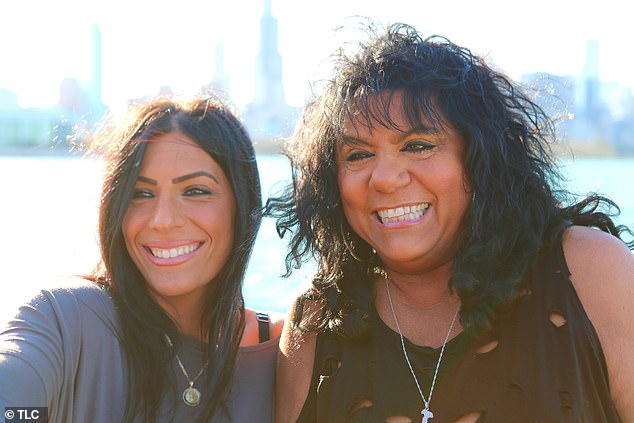 Speaking on the show, Kathy adds: ‘We talk about sex. Like if we know from someone that somebody’s been with somebody that has a certain sized penis, we talk about it.’ Pictured together

The duo act, who describe themselves as ‘trashy Italians,’ are more like best friends than family and tend to behave in ways most wouldn’t – including spending all their spare time together.

‘Cristina lives five houses away from me. We meet for breakfast, lunch, dinner and I wouldn’t have it any other way’, Kathy says proudly.

‘I think I spend more time with my mum than my husband!’ adds Cristina.

With an upcoming get-together for Cristina’s son’s communion, the pair, who live just five doors away from each other and refer to each other as ‘husbands,’ discuss how their party plans differ from those of Cristina’s husband. 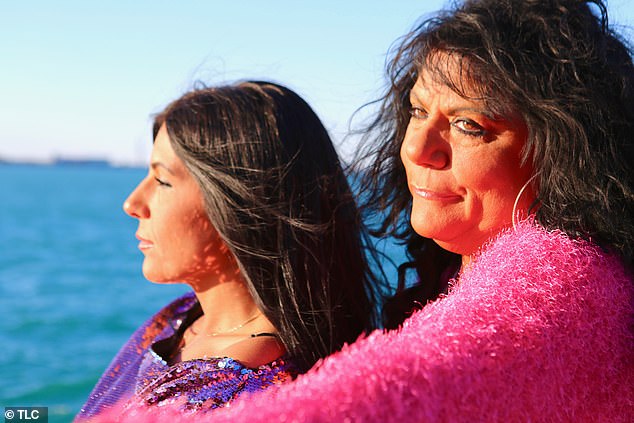 Kathy explains that while she doesn’t know if all mothers and daughters talk about sex, Cristina is her ‘best friend not my daughter’ 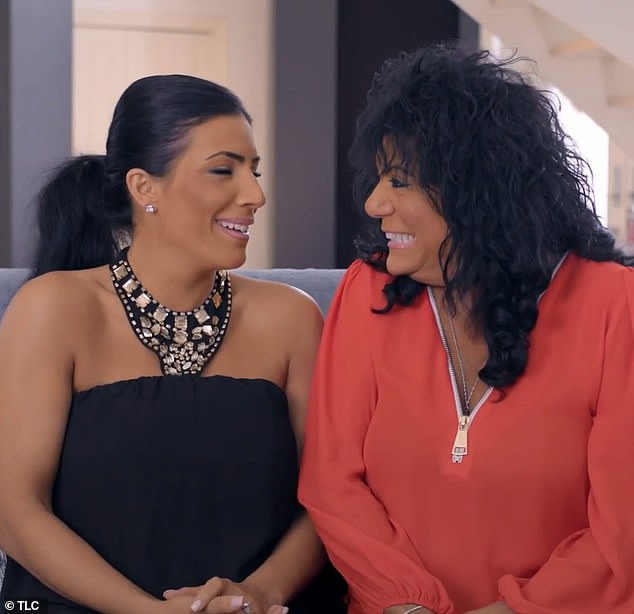 Woah: Kathy describe themselves as ‘trashy Italians’. The pair live just five houses away from each other and refer to each other as ‘husbands’ 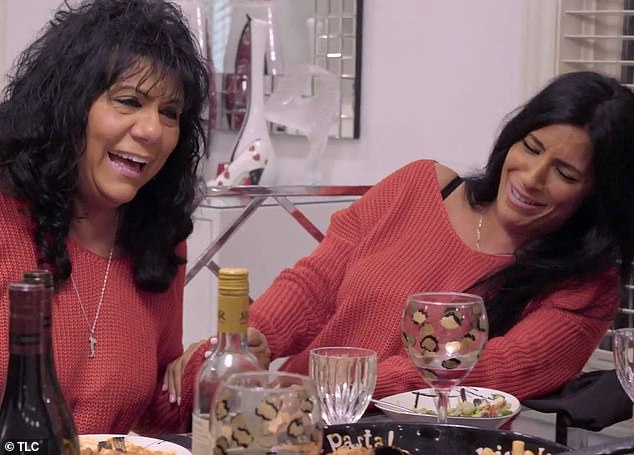 Close: The pair often argue over the fact that they check up on each other regularly, with Kathy admitting she worries if she notices that Cristina’s car isn’t in her driveway

‘Carlo’s sticking his nose in our business this time,’ snapped Kathy, with Cristina further explaining the situation.

‘We were hoping to keep it small because a big party would be a lot of work for a bunch of people who don’t like us,’ she says.

As Cristina asks her mother how to make her husband see things from her perspective, Kathy smiles suspiciously.

‘Tell him that if you don’t have a communion party, he’ll get more sex,’ Kathy jokes. ‘What’s something that he would really want you to do or wear?’ 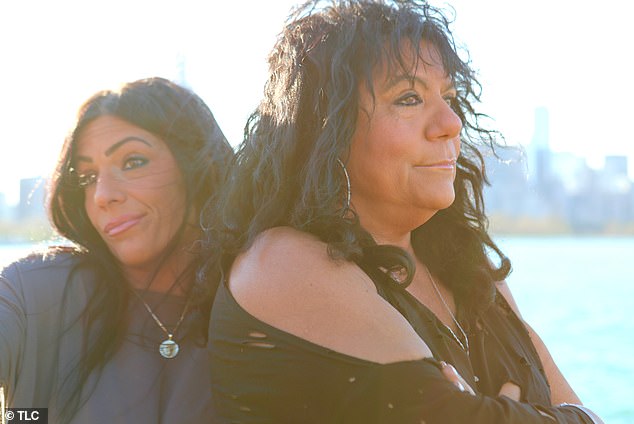 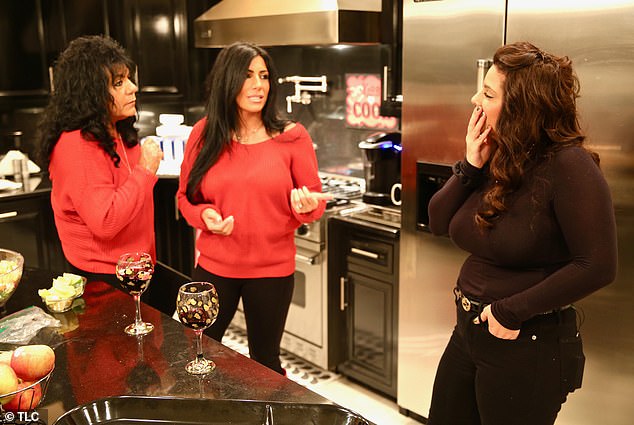 Speaking of their close bond. Kathy has previously said: ‘I know it sounds sick, but it’s the way we live. We’re just so nosy… We have to know everything’ 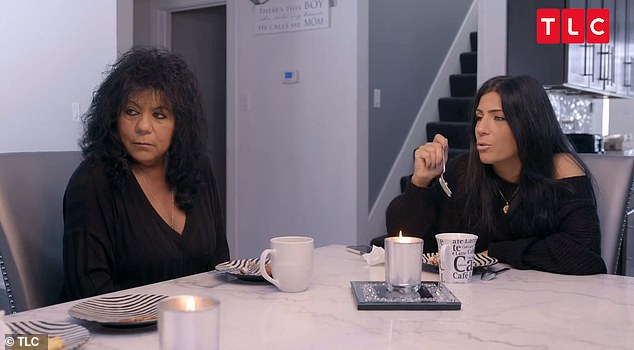 As Cristina giggles that he keeps buying her lingerie, an excited Kathy adds: ‘How about you go away for a weekend, a sex weekend.’

Kathy quickly retorts: ‘Well maybe you’d be a little less crabby if you had weekends full of sex.’

She goes on to explain her far from normal relationship with her daughter and the depth of their openness.

‘We talk about sex,’ she says. ‘Like if we know from someone that somebody’s been with somebody that has a certain sized penis, we talk about it.’

‘I don’t know if all mothers and daughters talk about it, they probably don’t but she’s my best friend not my daughter.’