Singer Nivea Gets Emotional Detailing Past Struggles With Cocaine Addiction 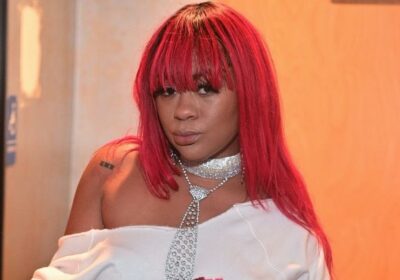 While many people think of Nivea and recall the days of her singing “Don’t Mess With My Man” with Jagged Edge or “Danger” with Mystikal, the star has been open and honest about the dark times she’s been through since her days of making hit songs in the early ’00s. From creative roadblocks and dips in self-confidence to taking on the responsibility of raising four kids as a single mom and battles with drugs, Nivea has overcome a lot.

She discussed her journey at length during ‘On That Note‘ with friend Kandi Burruss as part of the Real Housewives of Atlanta star’s YouTube channel. The most emotional moment during the conversation came when Nivea shared her past addiction to cocaine, which didn’t begin until after the height of her fame when she was in her 30s. At that time, she wasn’t making music consistently, instead taking care of her kids, as she shares three with ex-husband and songwriter Terius “The-Dream” Nash and a son with Lil Wayne. Their musical pursuits came before hers during those relationships, and when they were long gone, she was left unsure of her talents and overwhelmed by motherhood. She went from chain smoking and drinking to doing cocaine.

She added, “I was just depleted and I felt like I was of no value to me or nobody.”

When asked about being of value to her kids, Nivea said she went from being “obsessed” with being their mother and the relationship she had with her kids, to struggling to feel valued as they got older and weren’t as interested in following her rules. To make matters worse, she was dealing with tragedies in her extended family.

“I just got low, child,” she said. When my grandma died I said, ‘I’m gonna do cocaine tonight!’”

“I have from my family’s history, an addictive personality,” she added. “That just became another bad habit.”

She didn’t reveal when exactly this habit started, but she did say it was recent. It became such a gripping habit that she was afraid she would lose custody of her children.

“I’m so grateful I’m delivered. I remember so many times, scraping through my damn carpet to find crumbs. It was terrible. It was so bad,” she said as tears started to fall. “I never thought I would get over it. I never thought I would come out of it. I’m so grateful to God. I thought it was going to consume me and I was going to lose my babies. That’s why I don’t mind talking about it because I did that sh-t man. I thank you, Lord. I thank you, Lord…I’m so proud of myself. When I tell you, I didn’t think I was going to overcome. It had me.”

As for how she stopped, Nivea says she went to rehab. It didn’t help her kick the habit but did help her cope with and heal from the issues from her childhood that led her to drugs. But what really worked was that she eventually just decided she no longer wanted any part of her addiction and kicked it.

“I didn’t want to do it no more. Addiction is when you’re completely out of control. You can’t help it. I remember the time when I was towards the end of getting over it where I was angry that I couldn’t stop myself. I just wanted it out of habit at this point. Oh my God, the come down, it’s the worst. You’d rather die, it’s such a sh–y feeling,” she said. “I just stopped. I know that’s crazy. Rehab didn’t do it so I was dabbing here and there. And then it got to where I was just disgusted by it. Before when I was disgusted by it I still kept doing it and I still kind of liked it. I didn’t like it no more. I didn’t like me. I didn’t like none of the shit I had done. I didn’t like the fact that I took that time from my children. I didn’t like none of what I had put myself through. I guess this was me building to see me again and my worth. And I just stopped.”

These days, Nivea says her children have helped her to see the value she holds, as well as fans who consistently come up to her and ask about new music. She’s back in the studio working on songs and trying not to allow her own insecurities about who would support her or like what she comes up with to keep her from putting an album out soon. She’s also been receiving a lot of love since appearing on the hit BET series, The Encore. So Nivea is back and she’s stronger, happier and healthier than before.