Michael Lee Aday — better known as Meat Loaf — sued Hyatt on Monday over an incident last May where the rock singer fell off a stage during a convention and had to be hospitalized for 12 days.

The 72-year-old singer and his wife Deborah Lee Gillespie are suing Hyatt Regency DFW at the Dallas-Fort Worth International Airport, as well as the convention organizer, Texas Frightmare Weekend LLC, for negligence and premises liability, according to a complaint obtained by Courthouse News Service.

According to the court documents, Meat Loaf — who is best known for his songs "Bat Out of Hell" and "I'd Do Anything For Love (But I Won't Do That)" – was participating in a Q&A session during the Texas Frightmare Weekend last year when he fell off the stage. 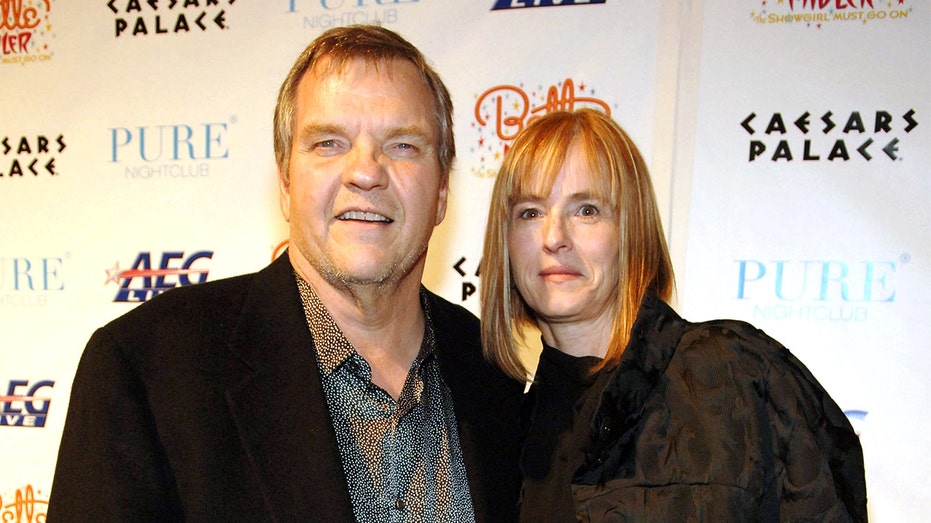 Singer Meat Loaf and his now-wife Deborah Gillespie are pictured in 2008. (Photo by Denise Truscello/WireImage)

The lawsuit alleges that the stage and curtain behind it were set up in a way that made it difficult to see the edge of the stage.

ELIZABETH BANKS TO BE HONORED BY HARVARD’S HASTY PUDDING THEATER

"When Meat Loaf walked on the stage during the question and answer session, he put his foot down on part of the curtain that had nothing beneath it. Because there was no stage floor beneath his foot, his foot and leg went down into air, causing him to fall off the stage, resulting in serious injuries," the complaint says.

According to the document, the singer had serious injuries to his neck, collarbone and shoulder and had to spend 12 days at Baylor Scott & White Medical Center — Grapevine.

He was then transferred to a hotel in Nashville, where he stayed for another 30 days and then had to continue doing physical therapy — which he has allegedly continued, the lawsuit said.

"Since he was injured at the Texas Frightmare Weekend, Meat Loaf has been unable to return to performing, causing him to sustain significant economic loss," the complaint said.

Meat Loaf and his wife are being represented by Charla Aldous, who did not immediately respond to FOX Business' request for comment by the time of publication.

Neither Hyatt nor Texas Frightmare Weekend LLC immediately responded to FOX Business' request for comment by the time of publication.