Simone Biles Gets Love From Hoda Kotb, Aly Raisman & More After Withdrawing From Finals At Olympics 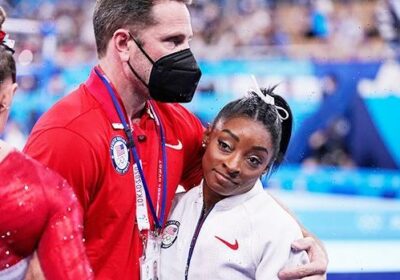 After she withdrew from the Olympics, celebrities poured out support for Simone Biles, including Hoda Kotb and Olympic gold-medalist Aly Raisman.

Even after Olympic gymnast Simone Biles, 24, withdrew from the finals due to struggles with mental health on Tuesday July 27, tons of celebrities are still cheering her on. After the announcement was made, tons of stars have offered words of support and showed how proud they are of the gold-medalist for all she’s managed to accomplish in her careers and even in the Tokyo Olympics in 2021. Stars including Hoda Kotb and fellow Olympic gold medal-winning gymnast Aly Raisman showed love for Simone.

Hoda led praise by calling Simone a “class act,” saying that her continued support for her teammates showed that she “already won” in a tweet. The Today host congratulated the U.S. women’s gymnastics team on taking home a silver medal. “Withdrew from team competition after vault… stayed and cheered on her teammates.. got them calk for their hands.. encouraged.. hugged them,” Hoda commended Simone.

Aly Raisman, who won gold medals at the 2012 and 2016 Olympics, said she was heartbroken for Simone in an interview with Today. ” I know all of these athletes dream of this moment for their whole, entire lives,” she said. “I’m obviously so worried and hoping that Simone is okay. I’m also just thinking about the mental impact that this has to have on Simone. It’s just so much pressure, and I’ve been watching how much pressure has been on her the months leading up to the games, and it’s just devastating.” 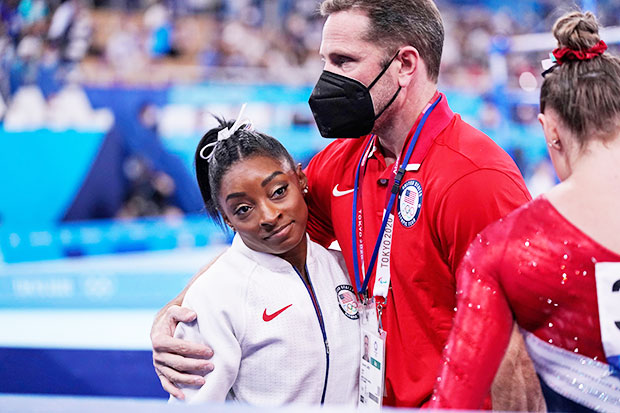 Besides hoping that Simone is okay, Aly also expressed her hopes for Simone to compete in the rest of the games, including the all-around finals. “She’s human, and I think sometimes people forget that Simone—just like everyone else—is doing the best that she can,” she said.

The support for Simone stretched far beyond the world of sports. MSNBC correspondent Joy-Ann Reid offered blessings for the Olympian. Even the White House offered its support, with Press Secretary Jen Psaki offering “gratitude and support” to the athlete. “Still the GOAT and we are all just lucky to be able to see her in action. And congrats and tks to the tough as nails #TeamUSA,” she tweeted.