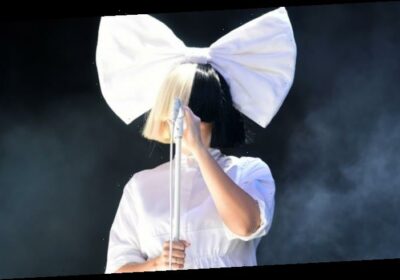 On Thursday, the Chandelier hitmaker responded on Twitter to criticism from the autism community surrounding the musical movie, which stars Dance Moms alum and frequent collaborator Maddie Ziegler, who is not autistic, as a non-verbal autistic teen. 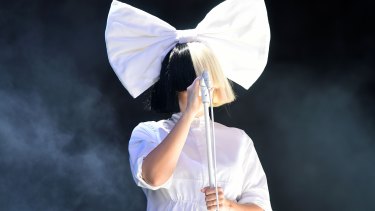 Australian musician Sia’s directorial debut Music has been on the receiving end of harsh criticism. Credit:AP

“I promise, have been listening,” she wrote. “The motion picture Music will, moving forward, have this warning at the head of the movie.”

The disclaimer addresses part of the film that depicts the use of restraint in sequences involving Ziegler’s titular character. The National Autism Association in the US defines restraint as “physical force used to immobilise – or reduce the ability of – an individual” and condemns it as “dangerous and abusive.”

“Music in no way condones or recommends the use of restraint on autistic people,” reads the new warning on Sia’s film. “There are autistic occupational therapists that specialise in sensory processing who can be consulted to explain safe ways to provide proprioceptive, deep-pressure feedback to help [with] meltdown safety.”

Sia’s statement came hours after Music, which was released in Australia in mid-January, collected a pair of Golden Globe nominations for best picture (musical/comedy) and lead actress (Kate Hudson). Recognition from the Hollywood Foreign Press Assosciation reignited concern among those in the autism community regarding the movie’s “harmful” casting choices and depictions of autism.

“[Trigger warning:] violence against autistic people,” tweeted autistic, disabled and asexual activist Charli Clement. “I am so gutted Music has been nominated for a Golden Globe (although I am not surprised). This film does not empower our community. It was harmful in it’s casting, then how Sia responded to criticism, and now in showing restraint methods.

“Every time I see something about this film my heart pangs,” she continued. “I am so fearful for how many autistic people this film has and will harm; the fact no-one outside of our community cares.”

Earlier this year, Sia got into a heated exchange with disability activists, who called the film’s portrayal of autism “offensive” and accused the artist of making “zero effort … to include anyone who is actually autistic.”

At the time, Sia defended herself and replied, “Maybe you’re just a bad actor,” to gaming professional Helen Zbihlyj, who explained that she and other autistic actors would have jumped at the chance to play Ziegler’s character.

“Grrrrrrrrrr,” Sia tweeted back in November. “F—ity f— why don’t you watch my film before you judge it? FURY.”

This week, Sia appears to have changed her tune, writing, “I’m sorry” and vowing to “remove the restraint scenes from all future printings”. 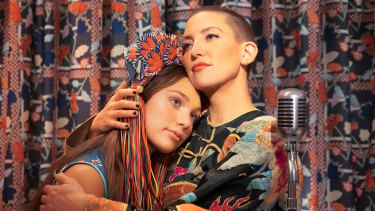 Maddie Ziegler and Kate Hudson in a scene from Music.Credit:Merrick Morton

“I listened to the wrong people and that is my responsibility,” she wrote in a tweet screenshot by Variety, “my research was clearly not thorough enough, not wide enough.”

At the 78th Golden Globe Awards on February 28, Music will compete against Borat Subsequent Moviefilm, Palm Springs, The Prom and Hamilton in the best picture (musical/comedy) category.