Home » Should children watch the Derek Chauvin verdict? The answer to this question and more.

Should children watch the Derek Chauvin verdict? The answer to this question and more. 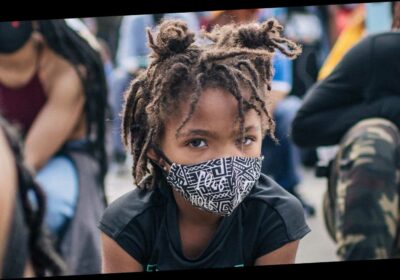 A 9-year-old girl watched George Floyd die. So did several teenagers. They testified during the first week of the trial of Derek Chauvin, the white, ex-Minneapolis police officer accused in Floyd’s murder.

Children don’t need to see death to know racism. Children of color experience it. White children witness it, even if they don’t have the words for it. Experts in child psychology say it’s important for parents to talk with their children about racism broadly, and about the Chauvin trial specifically.

“Colorblind parenting essentially says, ‘Oh, we’re all the same, color doesn’t matter.’ Whereas we know that in the United States, color in fact does matter,” said Marietta Collins, an associate professor of family medicine and psychiatry at the Morehouse School of Medicine and the author of “Something Happened in Our Town (A Child’s Story About Racial Injustice).” “So we advocate, instead, for race-conscious parenting, where you talk about race, celebrate similarities in race, expose your child to differences in race, expose your child to the richness of diversity that exists.”

Question: Why is it important to talk to children about the Derek Chauvin trial?

Marietta Collins: It’s really important for parents to be prepared to have conversations with their children about the trial, as well as other issues which are related to racism, because even if you don’t have that conversation, the trial itself is being streamed online. People are talking about it. Children may overhear it and that’s the premise of our book, “Something Happened in Our Town.” The parents think that their little kids don’t know about the police shooting, but in fact they overheard it. So it’s certainly important for parents to be prepared to discuss this and other things related to racial injustice with their kids.

Women and children prepare to participate in a cultural dance at the intersection of 38th Street and Chicago Avenue on April 4, 2021, in Minneapolis, Minnesota. Protests and demonstrations continued throughout the Twin Cities amid the trial of former Minneapolis police officer Derek Chauvin, who is charged with multiple counts of murder in the death of George Floyd. (Photo: Brandon Bell, Getty Images)

You want to take an approach that’s developmentally appropriate … You can say ‘Hey, I don’t know if you were aware, but there’s a big thing that’s happening here in our world on television. Have you heard about this trial? What do you know about, or what do you think about it? Do you have any questions about it?’ And proceed, based upon what your child wants to know. I think that’s really important.

Q: How do you have these conversations in developmentally appropriate ways?

Collins: The key to having these conversations is to follow your child’s lead. What is it that they’re asking you? What do they really want to know? Speak in a language that they understand.

Q: At what age is it appropriate for a child to watch the trial?

Collins: First off, I’d caution parents not to consume too much of the trial themselves at one time. I think that you certainly have to be aware of how what’s happening during the trial may be impacting you in terms of your own mental health.

Analysis: ‘Imagine saying to a room full of Black people: It’s too hard for me to watch that trial’

Parents certainly don’t want to traumatize their child given the graphic nature of things presented. Perhaps selected clips for older children and very limited to no exposure to the trial for young children.

Q: What do you say to a child who becomes fearful that they may be hurt by law enforcement?

Collins: Most police never shoot their guns, and most police are helpful to all people. But we can’t always count on that to be the case, especially if you are a person of color. … As a parent of children who are of color, I’d talked to my children very early on about how important it is to realize that because you are Black in America and because racism exists in America, we cannot assume that police officers are going to treat us fairly.

More police officers do a great job, trying to take care of society and they are trustworthy, but not all police officers can be trusted to make good decisions all the time.

Q: At what age do you think it’s appropriate for a child to watch the verdict?

I would also weigh the purpose of having your child present as well as the pros and cons of this. It would also be important to discuss with your child how [they] might feel if the verdict were guilty versus not guilty and why.

Q: Anything else parents should know?

Collins: They don’t have to have all the right answers immediately. … But try to explain to children the diversity that exists in our society and how we should celebrate it and how we should embrace it. And yes, in fact, there are differences. Yes, there has been racism, and racism continues to exist in our country, and that your family has taken a stance, an anti-racism stance. And you would hopefully do that in all of the activities that you’re involved in with your children. It’s important to have open and ongoing conversations where you celebrate the rich diversity of our country and advocate for social change.