Home » Lifestyle » She found a lost king’s grave, then things got complicated

She found a lost king’s grave, then things got complicated 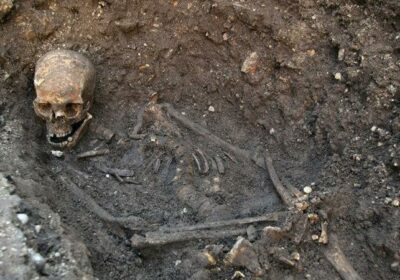 Shortly after the body of Richard III had been discovered under a car park in Leicester, in the UK’s midlands, a journalist approached Philippa Langley to ask whether he could share her taxi to the railway station. Langley had found the king’s body and organised the dig that exhumed him.

She was a former office worker who had become obsessed with Richard, feeling he had been traduced by history, and had read so much about him that she thought she knew where his grave would be. 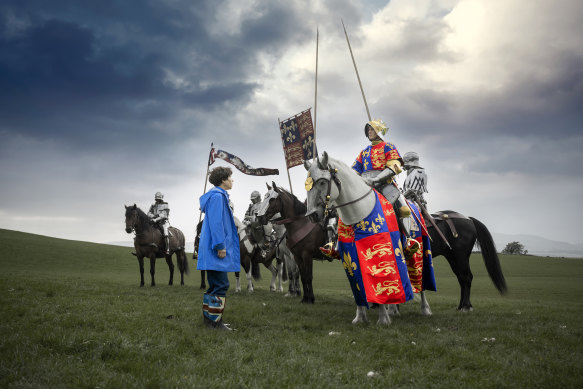 Sally Hawkins as Philippa Langley and Harry Lloyd as Richard III in The Lost King.Credit:Transmission Films

Working with no credentials other than her determination, she got the city council on board, sought permission to dig and raised the money to do it. Richard’s body was exactly where she thought it was.

“So this guy jumped into the taxi,” she says. Naively, as she admits, she wasn’t expecting to be interviewed. “But his first question was ‘So, Philippa, why are you in love with Richard III?’ Now, can you imagine? That was 2012. That’s how I was treated as a woman interested in a historical figure. ‘Oh, it’s all flim-flam. She’s in love with him.’

“It was so patronising and demeaning. So I said I admired Richard very much – which I do, because the records from his lifetime show he had incredible qualities. But that’s an instance of how I was treated, because I’m not a professor. I’m just an ordinary person with an interest in Richard III.”

Steve Coogan and his regular co-writer Jeff Pope tell the story of Langley’s search for Richard in The Lost King, directed by Stephen Frears, whose previous brush with royalty was The Queen, with Helen Mirren, and starring Sally Hawkins as a timid but determined Langley. Much of it is told as gentle dramedy, with some surprise appearances by King Richard himself as Langley’s internalised fellow traveller, sometimes entering on a horse. 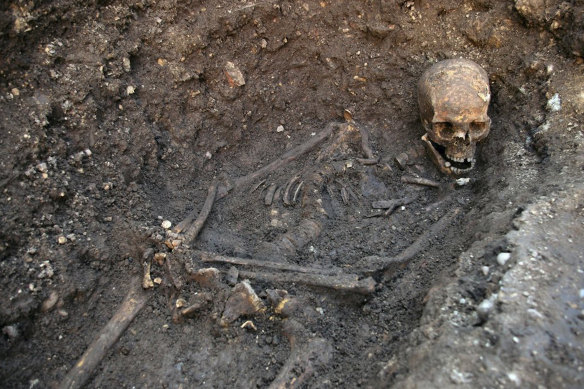 The remains of Richard III, found underneath a car park in 2013.Credit:AP

The film hits hard, however, when it comes to the way Langley was treated not just by hacks from The Times, but by the professionals. Richard III is not the villain here. That role belongs to the University of Leicester: motto “So they shall have life”.

When the unmistakably hunch-backed skeleton was found, its identity was confirmed by DNA tests conducted by university experts. After which, according to Langley’s account and the film’s retelling the institution set about claiming the whole exercise as its own, pushing Langley and her labour of love into the margins. “They put a poster on the side of a bus saying ‘We found the king!’,” snorts Stephen Frears. “Well, Leicester University is a corporation and this is really about corporatism. If you work in the corporate world it is hard to hold on to human values. And they failed.”

Coogan and Pope researched and developed the project over eight years. Part of the process was verifying every detail of the university’s alleged hijacking of the project’s kudos, which the institution has strenuously denied; the former deputy registrar, who comes off particularly badly as a character, has threatened legal action.

Langley, Coogan and Frears maintain everything was checked and was fully supported. “I’m not an idiot,” says Frears. “I said: ‘Is that really what happened?’ But, you know, you make a film like this and you’re surrounded by lawyers who won’t let things through unless you can give them chapter and verse.”

Richard III has long been a cause celebre for a coterie of enthusiasts, the Richard III Society, who believe he has been misrepresented. It is a strangely anachronistic fixation. “It’s very, very odd,” says Frears. They are properly called Ricardians, he adds. “It takes all sorts. Making films, you are aware of eccentricities.” What impressed him was that the royal archives had been modified after the discovery to include a record of the burial and the place marked appropriately. “I think that’s incredible. I’ve never heard of the Royal Family changing their minds.”

Coogan says he is agnostic about the Ricardian cause. “I’m not an avid proponent or detractor of Richard, I have an open mind. To me, Richard is the Trojan Horse by which I get to tell the story of – inverted commas here, I don’t want to be patronising – an ‘ordinary person’ who did an extraordinary thing. Those stories can be difficult to tell, but if you hitch a ride on a dead king then you give some shape and charisma to the whole story.

“So it was about research into a dead king but, more importantly, it was a woman’s search to find her own voice in a world that finds it very hard to hear those voices.” And now, Langley chips in, she is using that freshly discovered voice; she is currently doing new research into the fate of the princes in the tower, rival claimants to Richard’s throne he is supposed to have murdered.

Her interest in his case, she says, was sparked when she picked up a book years ago, thinking it would be fun to read about one of the monsters of history. The book she read painted him very differently, however. “It was based on accounts from his own lifetime, not the Tudor accounts written when he was dead.” They had their own reasons for demonising and diminishing him. Coogan saw a parallel between Richard and Philippa that he could use: both had been judged harshly. “It’s one of those times you curate the information to help tell the story. You may ask a question – did you identify with Richard? – and hope for the right answer.”

Coogan seems confident the university doesn’t have a case to bring, that they were consulted and management interviewed appropriately. Their problem is blowback from their own bad behaviour towards Philippa Langley, who didn’t fit their mould. “And hence they are lashing out a little. Had they been generous and fair and given credit where it’s due, the film wouldn’t really have had that sting in the tail.” He pauses for a comedian’s beat. “So perhaps I should thank them.”

The Lost King is released on Boxing Day