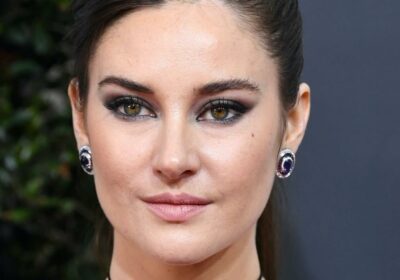 “It’s weird to have huge movies coming out and premiering while you’re laying in bed not able to move going, ‘Oh, fuck.’”

Shailene Woodley has accomplished a lot in her 29 years on this earth. The Golden Globe-nominated actor has starred in hit films and series such as The Fault In Our Stars and Big Little Lies. She also takes the lead in this summer’s big book-to-film adaptation, Jojo Moyes’ The Last Letter From Your Lover.

But even one of Hollywood’s hottest actors has taken a moment to reflect on her “insecure” 20s before she turns 30 later this year.

“I was so strong-headed and free-willed, so rooted in the core of who I was,” she told The Observer over the weekend.

“But in my mid-20s I went through a couple of years feeling insecure about the choices I was making, believing the opinions of others a little bit too much, not staying on my path.

“I had a couple of years where comparison was really detrimental to my mental health.”

Woodley described the period as being full of “massive insecurity and self-doubt”. Often small worries would grow out of proportion: “Am I eating the right fucking breakfast foods? Is this what I want to do? Am I this enough? Am I that enough?”

Revealing how much it affected her mental health at one point, she added: “It’s weird to have huge movies coming out and premiering while you’re laying in bed not able to move going, ‘Oh, fuck.’”

Shailene Woodley stars in The Last Letter From Your Lover.

This isn’t the first time a celebrity has surprised people with their relatable words about how turbulent your 20s can be.

Clara Amfo recently talked about how her relationship with herself has improved in her 30s, saying: “It’s definitely gotten better over the years because I definitely had some moments of absolute, utter disdain and hate for myself, especially in my late teens to early 20s. I felt really ‘ughhh’ and I used to say really mean things to myself.”

Best-selling novelist Marian Keyes also discussed the failure she felt throughout her 20s: “I drank and I drove down cul-de-sacs and had relationships with men who endorsed my own sense of self-loathing. I was hopeless with money, but at the same time I was always holding out hope that something magical would happen.”

Their words are reassuring reminders that we are not alone in navigating the turbulent 20s.