The nation’s retirees are urging the federal government to bankroll its plan to slash greenhouse gas emissions with special “green bonds” that would give people reliant on savings a better rate of return.

The National Seniors organisation, which represents hundreds of thousands of self-funded retirees and age pensioners, is proposing the bonds, arguing older Australians are keen to deal with climate change while securing their own post-work income. 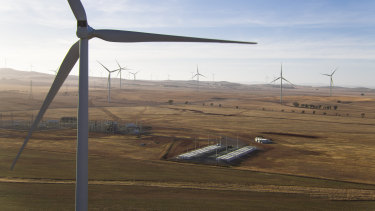 Retirees believe the creation of government green bonds would help reduce emissions and deliver a financial lifeline to retirees.

The government’s long-term emissions reduction plan notes more than $20 billion will need to be invested in various forms of technology to help deliver 40 per cent of the overall reduction in greenhouse gases over the next 30 years.

The federal budget is expected to be in deficit for at least the rest of this decade, with gross debt forecast to surpass $1 trillion by 2030. It is currently $850 billion.

According to National Seniors, the government could pay for this increased expenditure by issuing green bonds that would then offer a rate of return higher than that available to people who currently have their money in term deposits or general bank deposits.

“National Seniors is pushing for clean energy bonds because we know seniors believe in climate change and want action. Just as the Queen and Sir David Attenborough in their 90s are pushing for action, so too are our members,” he said.

“Older people want to do something practical to make a change. Their money is sitting in low-interest deposit accounts doing nothing and giving them little. Clean energy bonds will give them a small return to bring about a big change.”

Under the proposal, bonds would be issued through the Future Fund at a price of $5000 each. Unlike government bonds, these could be bought without a broker through outlets such as Australia Post.

The money raised by the bonds would then go into a specific account overseen by the Future Fund. That account would then invest in zero emission projects such as hydropower, green hydrogen and battery technology.

Returns to bond-holders would be paid fortnightly or monthly. If the bonds returned 3.9 per cent, a person holding six of them would enjoy a pension increase of $45 a fortnight. 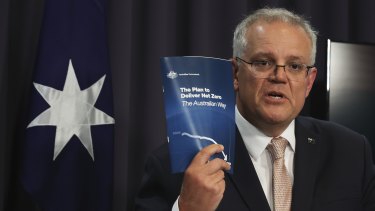 By pooling resources through these types of bonds, retirees would hold stakes in projects aimed at reducing emissions rather than leaving it to institutional investors.

Mr Henschke said National Seniors had developed the proposal in part because of the age pension assets test.

He said older Australians were eight times more invested in rooftop solar, which is exempt from the assets test, than other renewable projects that come under the test.

“Older Australians want to do more than just put solar panels on the roof,” he said.

“So, we’re proposing a new way government can help them invest in large-scale renewable energy projects which benefit the environment and future generations.”

Prime Minister Scott Morrison said the government’s $20 billion in low-emission technologies would draw in between $60 billion and $100 billion in private sector investment.

“That is what will fuel … the technological development and things like hydrogen and batteries and carbon capture and storage,” he said.