Home » See the 2021 Oscars Ballot Before the Official Show

See the 2021 Oscars Ballot Before the Official Show 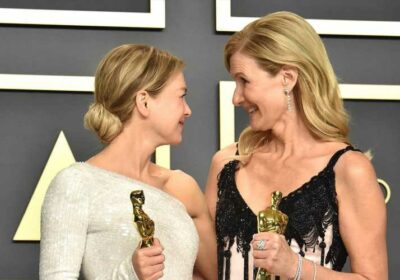 The night we've been waiting for is almost upon us. Despite Covid-19 and the lockdown, there is still a bevy of exceptional movies being honored at this year's 93rd Academy Awards. And we have been waiting a long time for these awards: the award show of all award shows, the most prestigious awards of the season, the show that will close out awards season. We've sat through one too many virtual award ceremonies to make it here.

And as much as we loved Jason Sudeikis' Golden Globes hoodie, we're also relieved that there is a strict dress code and no Zoom call policy. Thank the lord. Plus, some of us — ahem, our whole staff — will be tuning for the fashion, as well.

The list of nominees include a wealth of incredibly talented actors, actresses, directors, and artists. Among those nominees are Chadwick Boseman, nominated for his role in Ma Rainey's Black Bottom — winning the Oscar would make this his eighth posthumous award this season — Andra Day for her performance in The United States vs. Billie Holiday, and Viola Davis, who has made history this year as the most-nominated Black actress ever, for her role in Ma Rainey's Black Bottom. In the best director category, Chloe Zhao, who has already received many accolades for Nomadland, and Emerald Fennell for Promising Young Woman are representing the women. Important to note that we could've had another woman nominee in this category — Regina King was completely snubbed for One Night in Miami. For films, Mank leads the pack with 10 nominations. The other films competing in the Best Picture Category include, The Father, Judas and the Black Messiah, Minari, Nomadland, Promising Young Woman, Sound of Metal and The Trial of the Chicago 7.

If you're hosting a *virtual* Oscar viewing party, download this ballot for a friendly competition to see which of your friends will be the certified film buff and correctly guess this year's winners. Click here to download the ballot with the 2021 Oscar nominees and tune into Hollywood's biggest night on ABC on Sunday, April 25, starting at 8 p.m. ET.