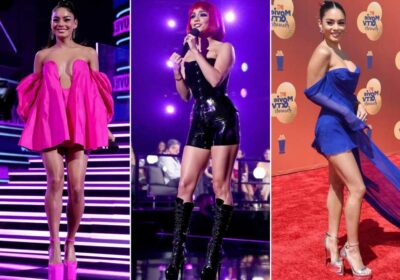 Vanessa Hudgens has ‘the ability’ to talk to ghosts: ‘This is a gift’

Vanessa Hudgens was the hostest with the mostest — outfits, that is — during Sunday’s MTV Movie & TV Awards 2022.

The “High School Musical” star rocked a series of high-fashion looks by Vera Wang, Versace and Valentino throughout the big night.

First, Hudgens hit the red carpet in a bright blue off-the-shoulder Vera Wang dress with a dramatic train that blew around in the LA breeze, also sporting a sparkling cat eye and slicked-back hair.

“Mother Nature blessed me and my custom @verawang,” she joked on Instagram of the windy-day photo op.

To take the stage and kick off the ceremony, the actress, 33, changed into a glittering gold mini and metallic platform sandals. 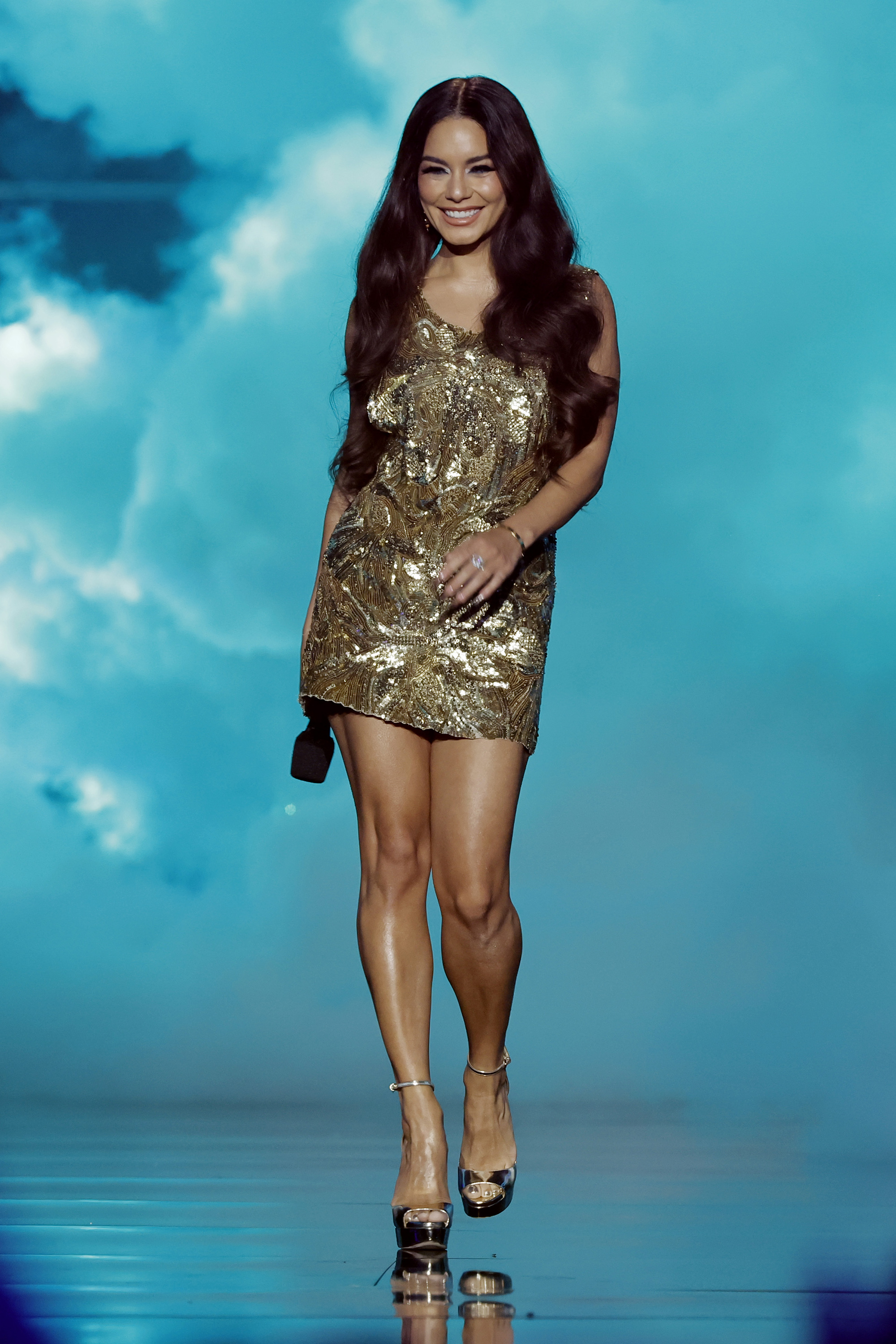 Next, she dazzled in a daring (and ab-baring) Versace set; a similar bandana bralette ($1,125) and safety-pinned skirt ($1,225) are available on the luxury label’s website. 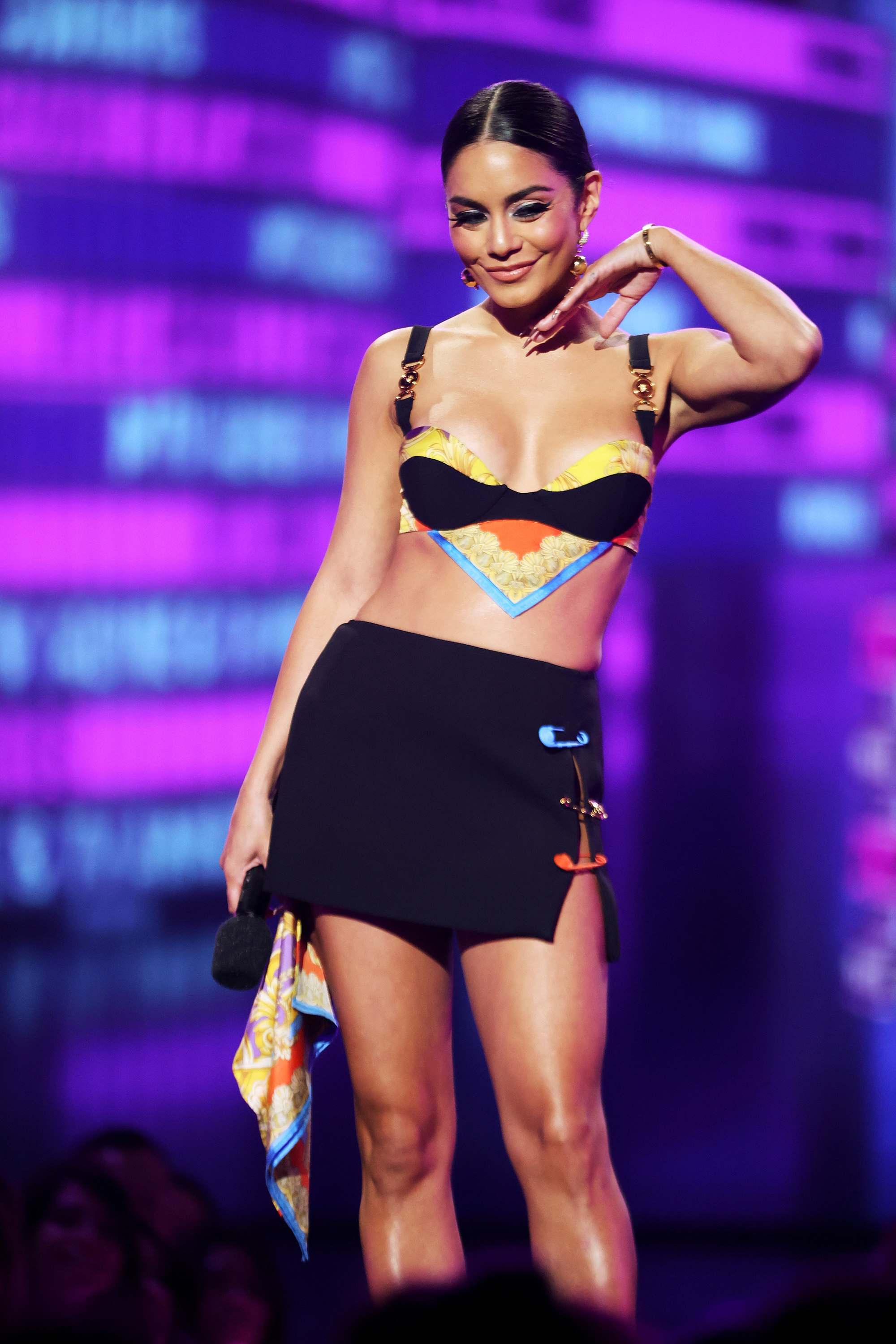 The “Tick, Tick…Boom!” star then channeled her inner “Squid Game” competitor with a bright and bedazzled tracksuit based on the wildly popular Netflix show. 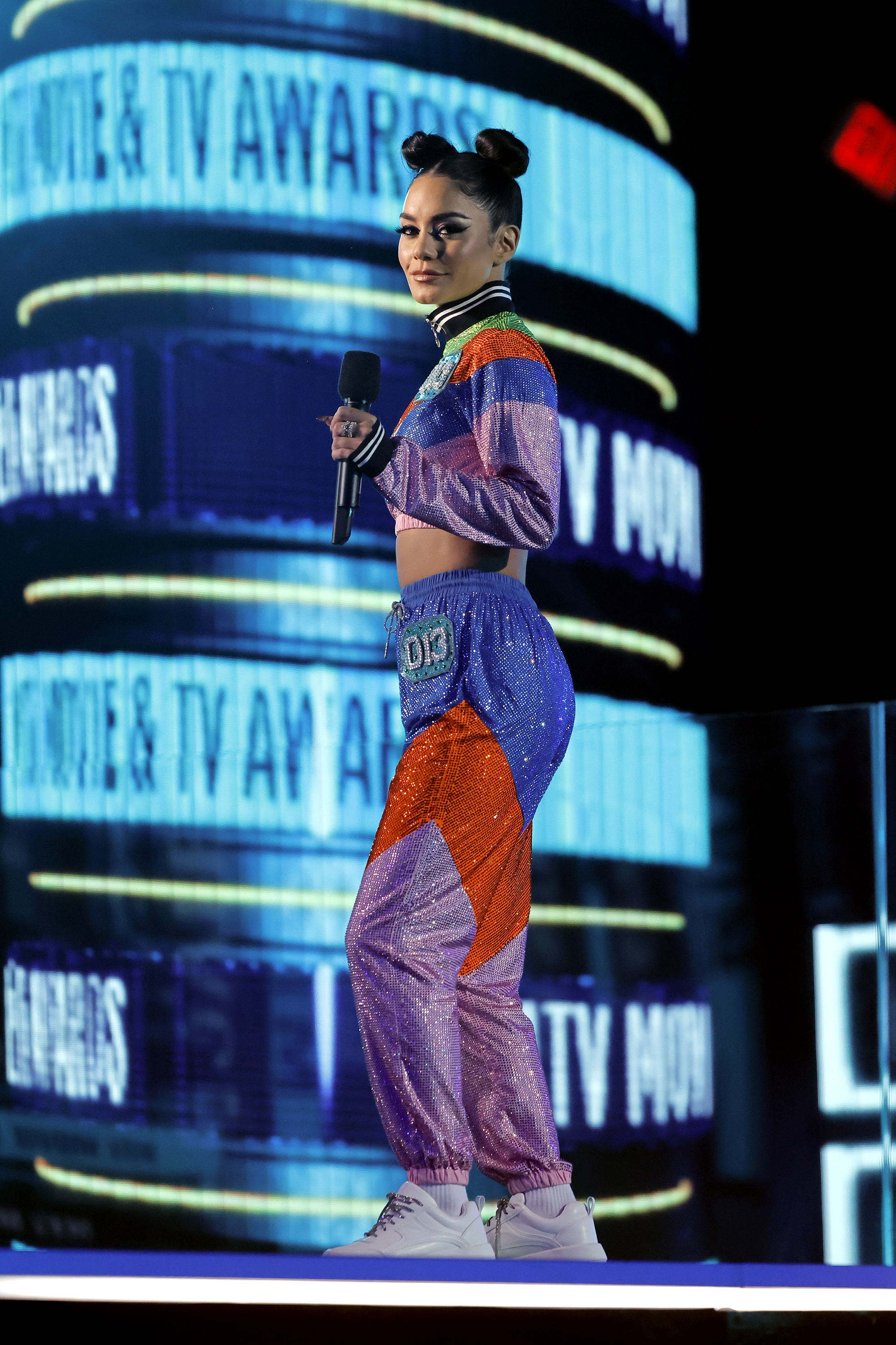 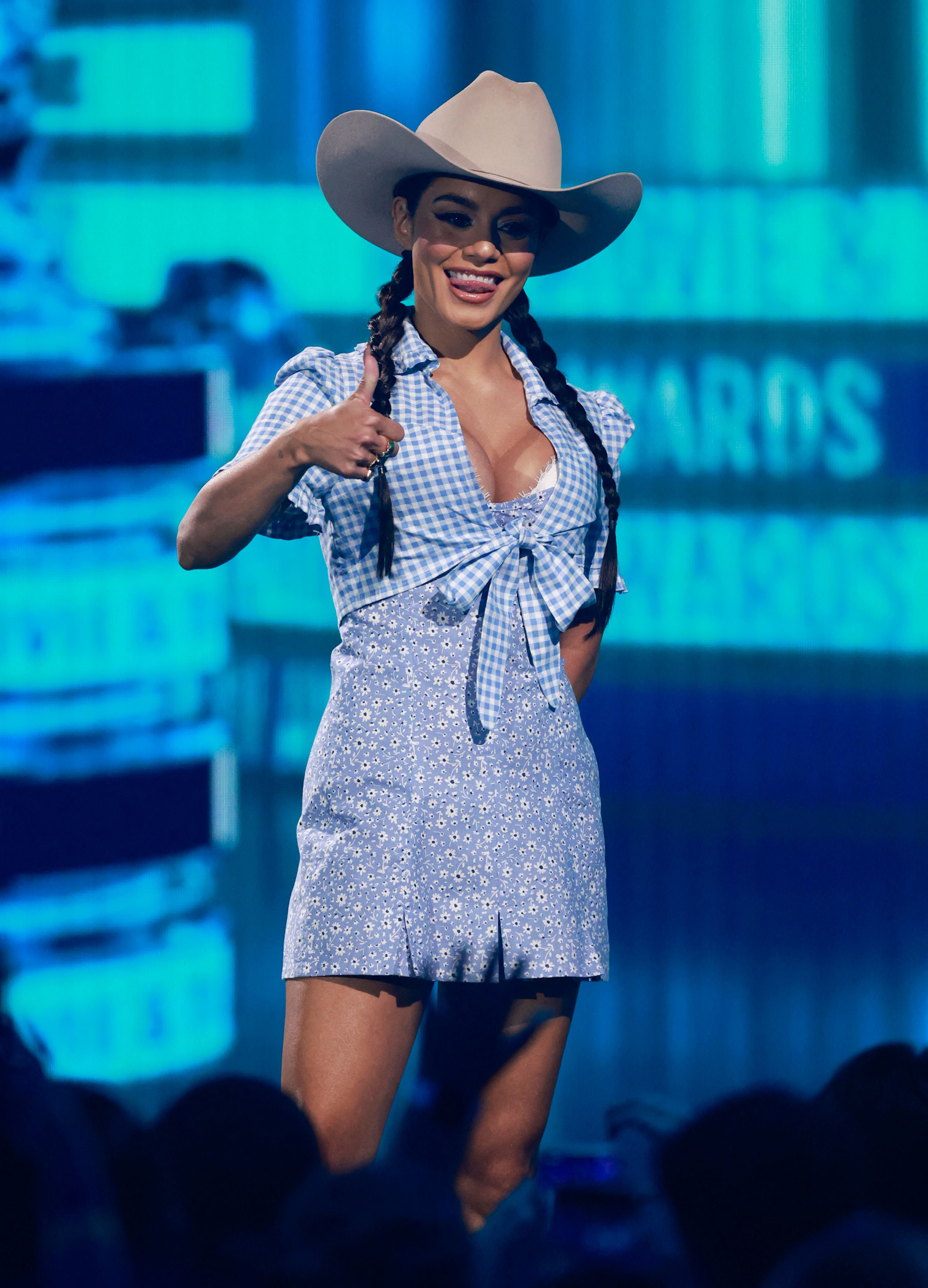 Ariana Grande would surely approve of the high ponytail and hot pink Valentino look — complete with towering, 7-inch-tall platform pumps ($1,190) — Hudgens wore next. (As might Nicola Peltz, who sported a similar style at the 2022 Met Gala last month.) 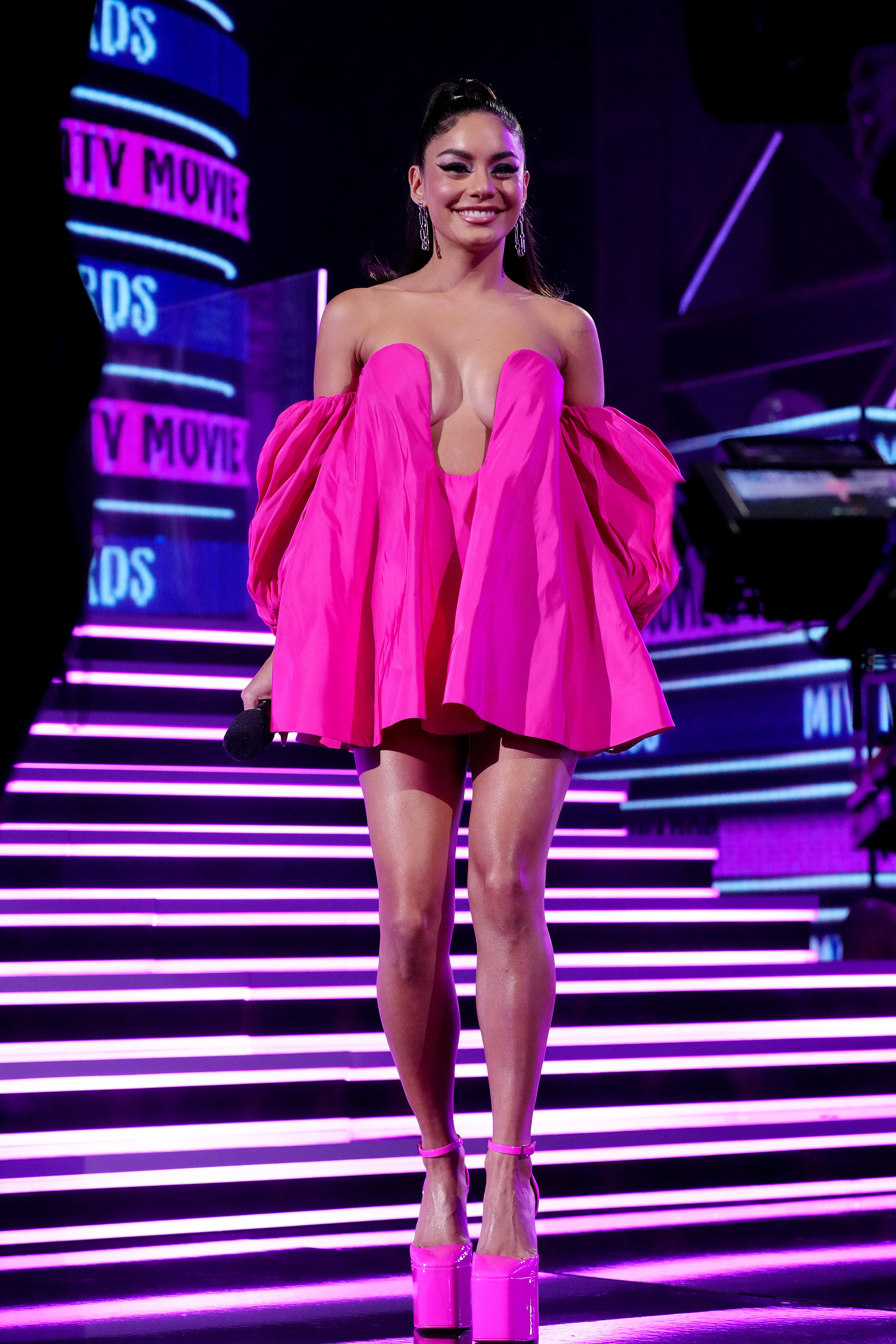 And to end the evening, Hudgens subbed in a seductive, skintight latex corset, lace-up stiletto boots and a red wig. 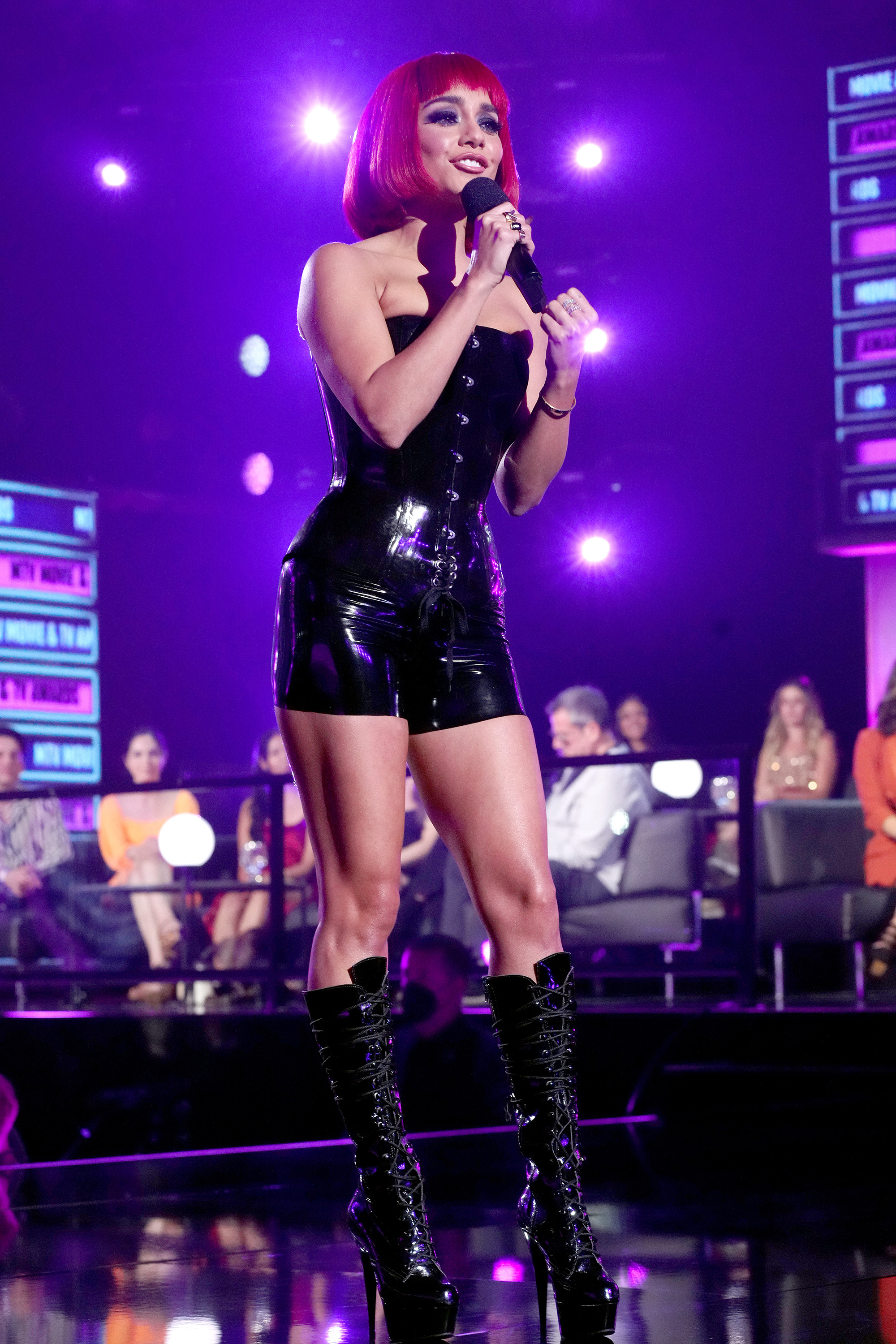 Jason Bolden, who styled the star, shared a few behind-the-scenes snaps on his own page, including an illustration of Hudgens’ Vera Wang look and backstage video of her Versace and Valentino getups ready and waiting.

And hairstylist Danielle Priano was busy throughout the evening, changing up Hudgens’ hair from buns to braids to waves as her fashion parade rolled on. 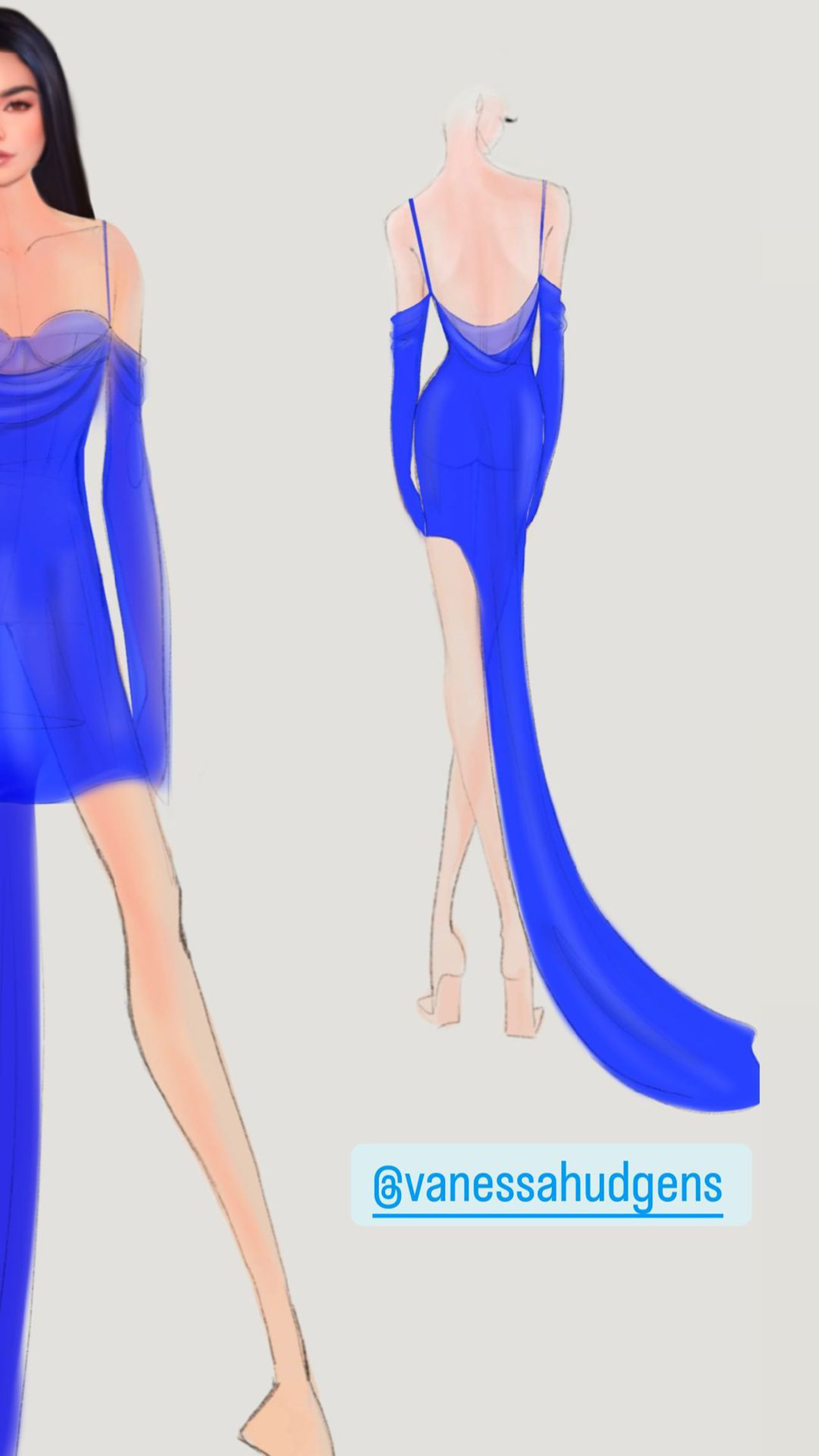