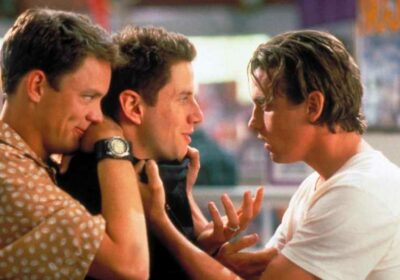 Looking back with a laugh. Skeet Ulrich and Matthew Lillard played the dynamic duo — and psycho killers — in 1996’s Scream, and even though it’s been 25 years, the men both can remember what a blast they had on set.

‘Scream’ Cast: Where Are They Now?

“I think it’s super symbolic of our youth. We sorta had done movies before and had experiences, but nothing like this,” Lillard, 51, told Us Weekly exclusively while promoting a special edition of Scream being released to celebrate the anniversary. “We were babies. … There’s a sweetness about the movie for all of us because it’s such a seminal part of our youth that it holds a special place and where we were then. There were no cell phones, no Instagram or Facebook or any of that crap. So you were together and we ate dinner together every weekend and we would get off of work at six in the morning and sort of go have a beer in David Arquette’s room.”

Lillard and Ulrich, also 51, portrayed Stu and Billy, respectively, who ended up being the two killers in the original Wes Craven flick that spawned multiple sequels. 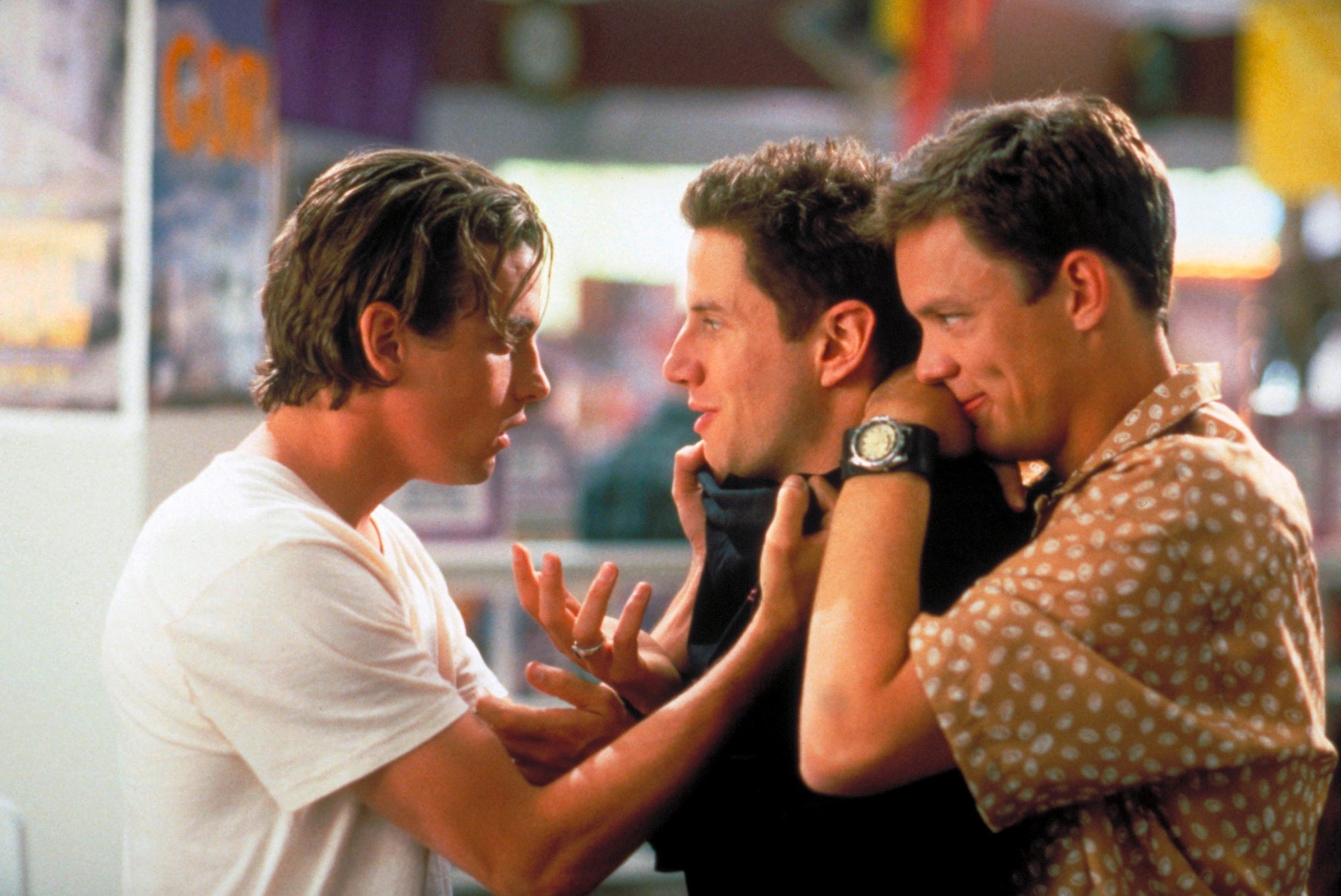 The film ends with a very bloody scene, during which Sydney (Nev Campbell) finds out that her boyfriend and his best friend are the ones responsible for killing all of her friends — and her mother. The scene quickly became a fan favorite, with the perfect mix of horror and comedy.

Everything We Know About the 5th ‘Scream’ Movie

“It was fun. It was electric, but it went [long]! That one scene, that kitchen scene, I think we shot for five working days,” Ulrich recalled to Us. “It went on and on and on and on, and it’s such a high energy level that it was exhausting, but at the same time, out of that exhaustion came some pretty unexpected moments — like accidentally hitting Matt with the phone!”

In the end, Syd killed both men, pushing a television onto Stu and shooting Billy in the head. The Good Girls alum, however, isn’t fully convinced that his character is dead. 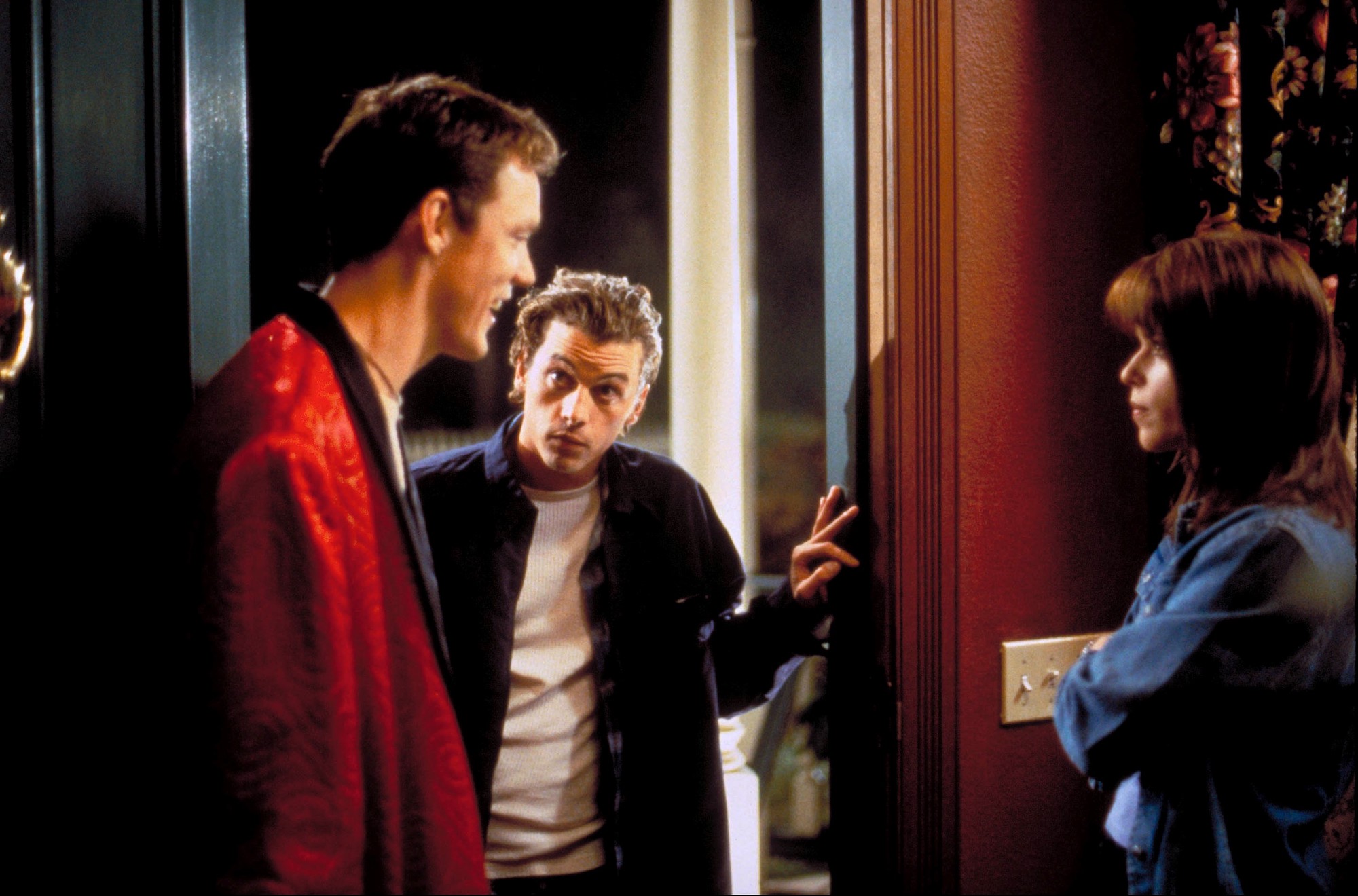 “Dude, I will throw a TV up my face right now to prove it. Here’s the deal, this two-ton TV, I’m going to throw my face and if I die, then I will let this moment go,” he joked with Us. “He’s about to get out of prison. He was 17 years old. He spent 25 years in jail. He’s about to get out! Look at my face. I could be, like, horribly deformed.”

If they did survive, Billy would be “teaching English” today, Ulrich joked, noting that Stu would “work for Panasonic, testing TVs.”

Scream’s All-Star Cast Through the Years

Lillard added: “Billy can’t read. Let’s be honest! … By the way, Billy and Stu fall in love. They adopt many stray dogs from Costa Rica and they rehabilitate small dogs. And then they slaughter people on the weekends.”

In celebration of the 25th anniversary, Scream will be released for the first time on 4K Ultra HD and in a newly remastered Blu-ray. The special edition, available on Tuesday, October 19, includes a look back at the film, archival behind-the-scenes footage and new interviews with cast members and screenwriter Kevin Williamson.