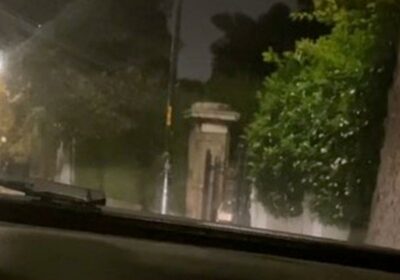 A woman has begged other drivers to stay safe and claims she nearly fell victim to a worrying new tactic to make you leave your car.

In a TikTok video, Izzy Boyle @izzyboyle is driving through south London after finishing work and says something she mistook for a "prank" ended up being more sinister.

She says she was tricked into getting out of her car and only realised the danger she was in at the last moment.

Talking viewers through her terrifying ordeal, she says: "I was driving through last night at Peckham at around 2 am and I think everyone should be aware of this, especially women.

"I came across an island in the middle of the road and there was a bin on either side of it so no cars could pass through on either lane.

"I thought this was just a prank so I got out to move the bin.

"As soon as I get out, I hear rustling, I look over and I see people coming out of a side alley.

"I jumped back in my car and thought 'Oh my God'… this is actually a tactic to make people get out of their car for God knows what reason, but it's not a good reason."

Izzy adds: "So I just want everyone to be aware, if you see a bin in the road or whatever turn around, push it with your car, whatever, just do not get out."

Since she uploaded the clip on Saturday (October 2) it has been watched more than 450,000 times and many viewers said they would be on the lookout for the disturbing tactic.

One person blasted: "Adding this to the list of things to be scared of as a woman. Sick of it."

"And yet the Met Police think the streets are safe for women," fumed another.

Someone else who claimed to have been targeted in the same way wrote: "Was in Croydon when this happened.

"Drove through them. Thank you for letting people know."

Izzy said in the comments under the video that she had informed the police of what happened.

To stay up to date with all the latest news, make sure you sign up to one of our newsletters here