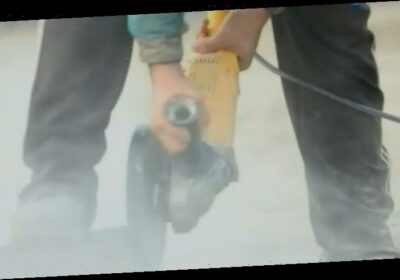 The Australian Workers Union is leading a push for tougher national regulations to protect all workers exposed to deadly silica dust, with fears Australia could be hit with a “tsunami” of deaths in the coming decades. 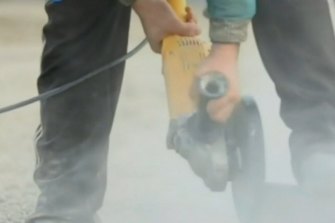 Tradies are potentially exposed to silicosis through construction of kitchen benchtops. Credit:ninevms

Silicosis is caused by breathing in tiny bits of silica, which scar the lungs and makes it increasingly difficult to breathe. The dust is generated in workplace mechanical processes such as crushing, cutting, drilling, grinding, sawing or polishing natural stone or man-made products that contain silica.

Last year, more than 350 people were diagnosed with the disease but health authorities fear with thousands of workers exposed over the past decade, many more could develop the illness.

Unlike asbestos, which can take decades to develop, silicosis hits young and healthy workers in their 30s and 40s. It can often be fatal. Some sufferers may eventually need a lung transplant.

Ahead of the last federal election, the government promised to spend $5 million to establish a dedicated taskforce, set up a national dust diseases register and commission research into the nature, prevention and treatment of occupational lung diseases.

The taskforce’s interim advice in January last year identified early steps governments could take to address the issues identified. Due to the COVID-19 pandemic, the final report was later extended until June 30.

Then-chief medical officer Brendan Murphy said an extension would allow the taskforce to further consult with stakeholders to inform the development of a national strategy and address occupational dust disease issues. 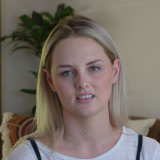 “We are talking about people who construct our roads, miners, demolition and quarry workers and even people that make glass, metals or ceramics,” he said.

“This is scandalous and it also makes no sense. If we can make workplaces safer for one group of workers, why not make it safer for everyone?”

Joanna McNeill, a 34-year-old mother of two, was diagnosed with silicosis last year after returning from maternity leave. Ms McNeill worked in an administration role at a quarry and was exposed to dust with her office close to the main blast site.

“It’s the unknown which is so terrifying,” Ms McNeill said. “At the moment I am feeling healthy, but I don’t know if that will be the case in one year, let alone five or 10 years and as a mum of two young daughters that terrifies me.”

The campaign will call for the stronger enforcement of regulations and tough penalties for breaches of minimum benchmarks, a comprehensive health monitoring program and a compensation fund.

Mr Walton said the federal government must not “tinker around the edges” or compromise the health and safety of Australian workers.

“It’s an outrage that a country like Mexico has stricter laws in relation to workplace silica dust exposure than Australia,” he said. “It took two decades to make James Hardie pay for what they did and for the truth to come out about asbestos. It would be a disgrace if we allowed history to repeat itself,” he said.

In 2004, building materials manufacturer James Hardie signed a record compensation deal for tens of thousands of Australian asbestos victims suffering from the fatal disease mesothelioma and other asbestos-related lung cancers.