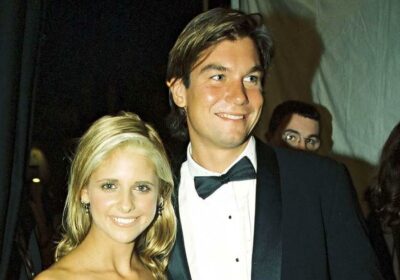 Former flames reunited! Sarah Michelle Gellar caught up with her former classmate and boyfriend, Jerry O’Connell, during a Thursday, July 29, appearance on The Talk.

The Buffy the Vampire Slayer alum, 44, explained that she went “way back” with the newest The Talk cohost, 47, starting during their school years. 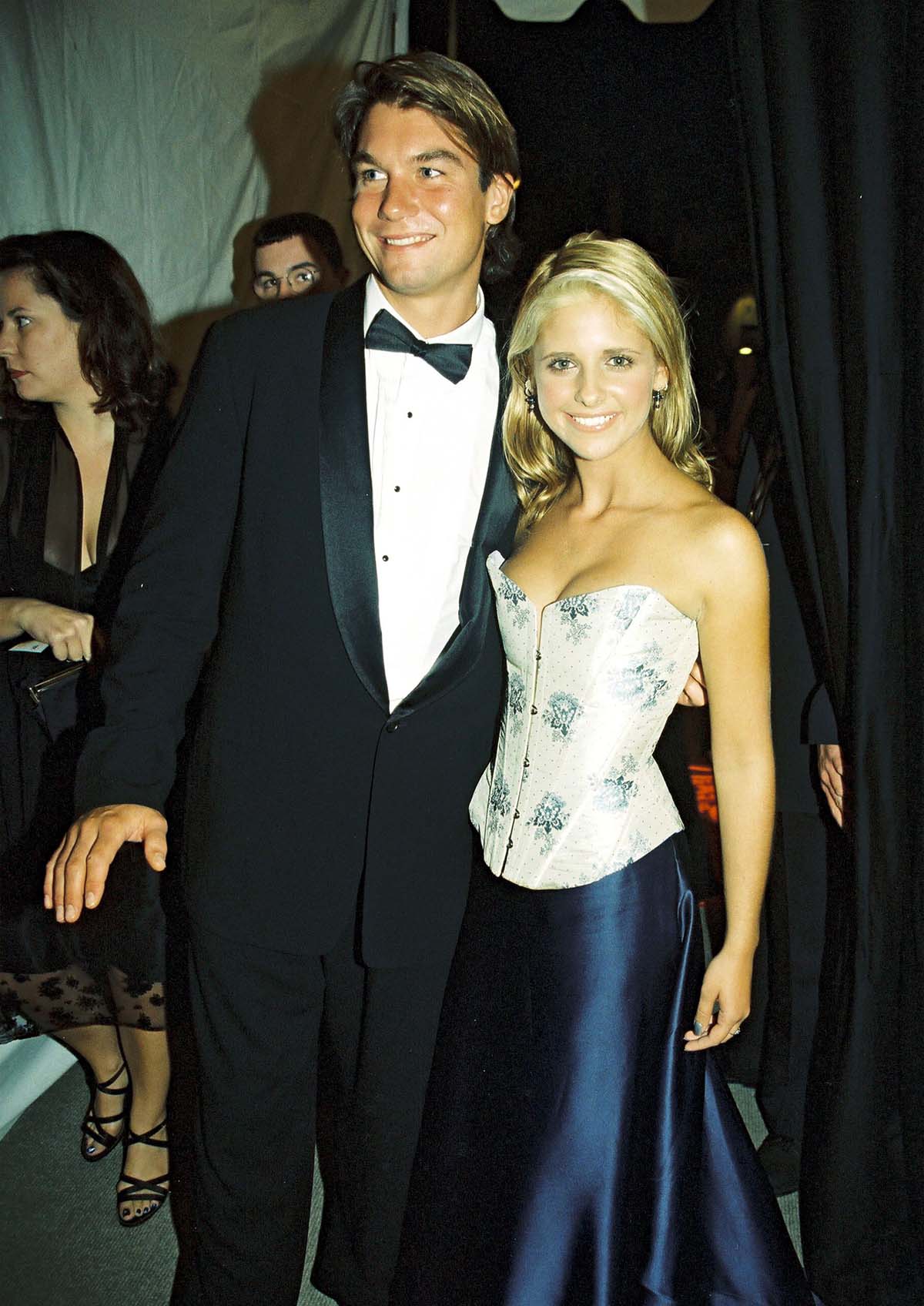 “Apparently, you went to the same high school in New York, you were costars in Scream 2 and even dated for a bit,” O’Connell’s cohost Amanda Kloots said during the interview. “Now, we’ve all seen the friendly, energetic energy that Jerry is now, but we can’t even imagine, Sarah — what was he like in the 90s?”

Celebrities Who Started Dating After Years of Friendship

Gellar revealed that it seems that now, on the show, the Stand By Me star is a “more subdued, calmed down” version of his teenaged self.

“You’re getting the more mature, fatherly Jerry,” she explained. “The ‘lessons learned’ Jerry. I had the actual energetic Jerry.”

The Cruel Intentions star explained that, while the duo both attended the Professional Children’s School in New York at the same time, they didn’t really cross paths until after graduation.

“I was a freshman, he was a senior,” Gellar said, before turning to O’Connell. “You never acknowledged me in school. It was only later that you would actually talk to me.”

The Sliders alum then addressed their age difference directly, “Listen, I was a senior. I didn’t want to come off as, like, too much of a predator. I respected age differences and everything.” He continued, “By the way, this is not a filter. You have never seen me blush as much as I have on this show.” 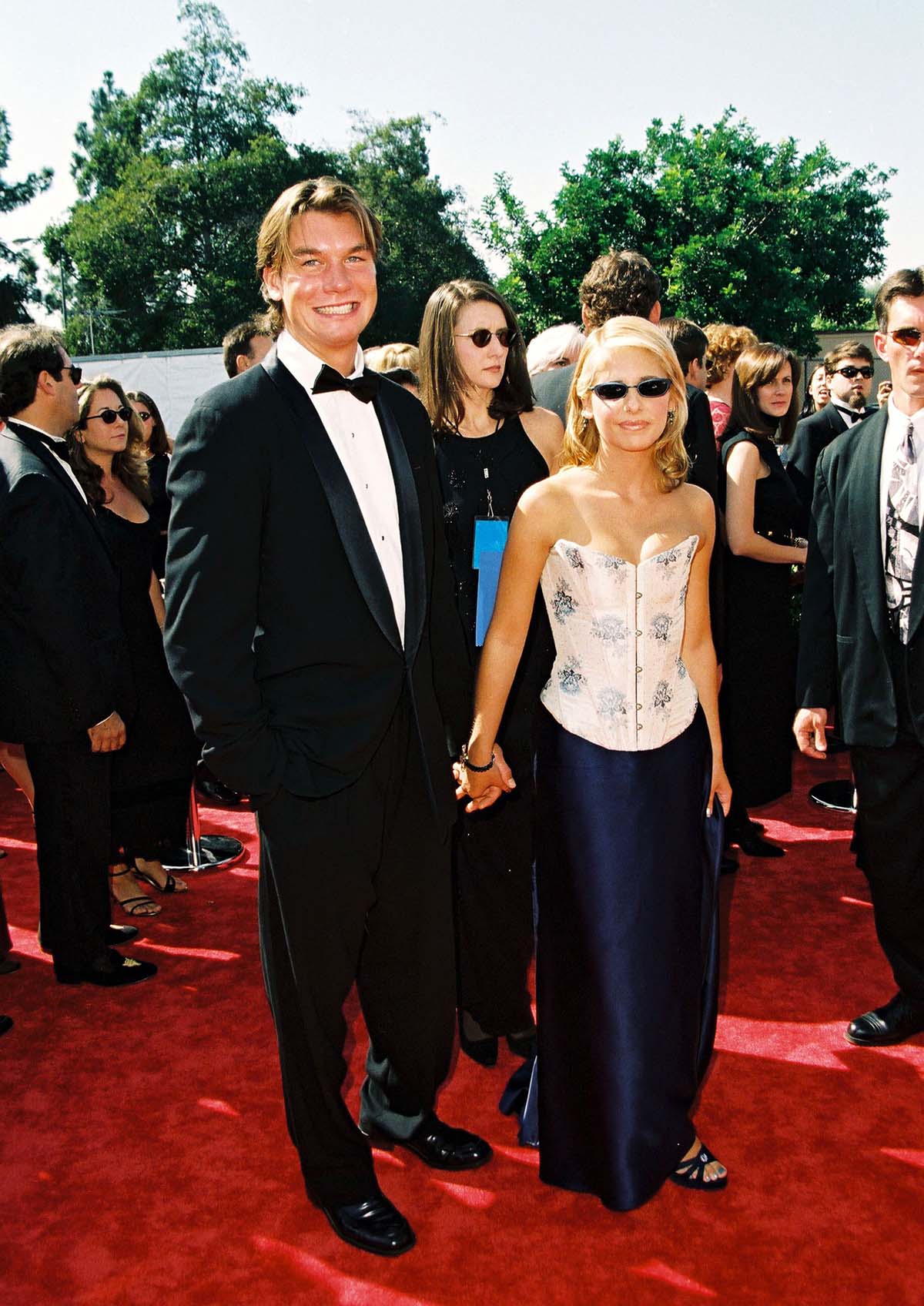 While the pair seldom addressed their relationship publicly, they did attend the 1998 Emmy Awards together when she was 21 and he was 24.

Since then, O’Connell married Rebecca Romijn in July 2007, while the Stirring Up Fun With Food cookbook author wed Freddie Prinze Jr. in September 2002. Gellar originally met the Punky Brewster star, 45, on the set of the 1997 film, I Know What You Did Last Summer.

“By the end of the movie, I just wanted to be friends with her because I thought she was too skinny and I wanted to cook for her. Because that’s what my family does,” Prinze Jr. told Us Weekly in April 2020 about how the now-married couple initially bonded. “And so, we started this weekly barbecue thing at her house, and me and my cousins would come over and cook food for her and her friends. And then we’d make sure everybody ate, and that was kind of how our friendship began.”

The She’s All That star previously told Us in September 2017 that he “always knew” the pair were “going to be together.” He explained, “From the first time we kissed, I didn’t go on another date. It was just Sarah. We were kind of at the right place in our life.”