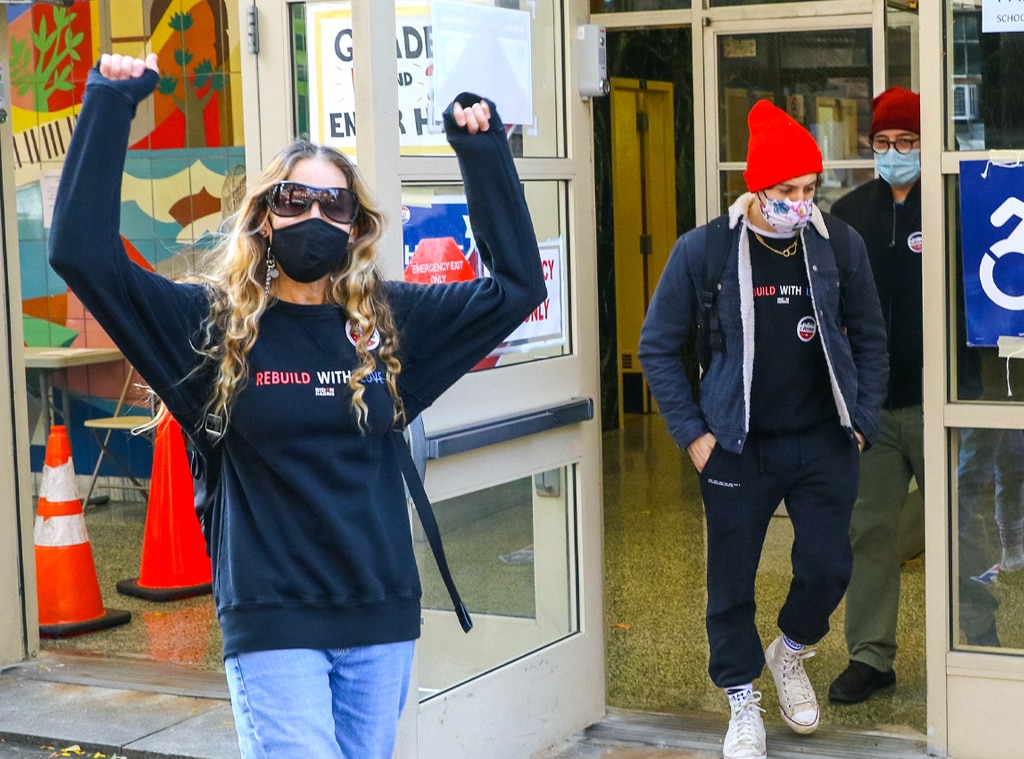 On Election Day, Sarah Jessica Parker and Matthew Broderick were photographed taking their 18-year-old son James to vote for his very first time. All three family members were pictured heading to their polling place in New York City and were later spotted wearing "I voted" stickers upon exiting the building.

While the trio wore face masks amid the global coronavirus pandemic, the Sex and the City style icon used fashion to demonstrate her political support. Parker also showed her enthusiasm for voting by posting pictures of herself jumping up with her arms raised in the air on Instagram.

It was only last week that Parker and Broderick's son turned 18. The star, who played Carrie Bradshaw, marked the major milestone by sharing a few rare photos of James on Instagram with a special tribute.

"October 28th, 2020 My beloved son, James Wilkie, On this day, you are 18 years old," she wrote. "I marvel at the passing of those years but equally the young man you are becoming. My love for you is an ache and an honor. As you leap toward and into your future, I remain your privileged and steadfast confident and joyful witness to the year ahead. Happy birthday my first time voter. I love you so. X, Mama."

Parker and Broderick are also parents to 11-year-old twin daughters Tabitha and Marion. During a 2018 interview on GirlBoss Radio With Sophia Amoruso, Parker opened up about motherhood and the impact it's had on her life.

Although, she acknowledged "it's not for everybody."

"There's a lot that's really hard," she continued. "You know, it's exhausting and you're basically just cleaning up after people all day. You're one big, good, old-fashioned secretary. Like, all I do is organize peoples' lives and get them here and there and, you know, all that. But it's what I wanted. And with that, though, comes, like, witnessing somebody hopefully develop into a really interesting, decent person who contributes something hopefully."