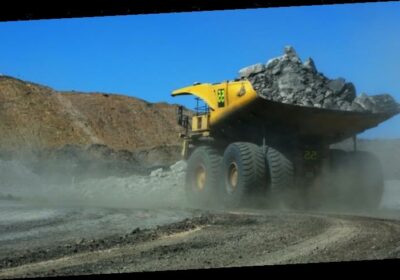 A mining industry push to remove community groups’ right to mount legal challenges to major project approvals has been slapped down by a review of national environment laws.

In their submissions to the once-a-decade review of the Environment Protection and Biodiversity Conservation (EPBC) Act led by former competition tsar Graeme Samuel, mining lobby groups said legal challenges under Commonwealth law should not extend to community members. 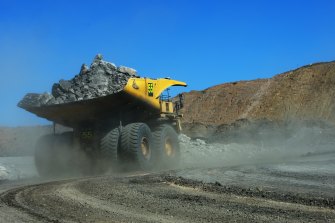 Coal mine expansions feature prominently in the list of projects that have been challenged in court over their compliance with national environment laws under the EPBC Act. Credit:Peter Braig

“To characterise these types of actions as ‘lawfare’ misrepresents the importance of legal review in Australian society,” his report, released last week, said.

The Association of Mining and Exploration Companies (AMEC) had argued the EPBC Act should be amended to stop “vexatious and frivolous appeals by third parties … and appeals should not be available to the broader public but only for those with a direct interest in the project”.

The NSW Minerals Council said these changes would “enhance business certainty and reduce the potential for protracted disputes over technical objections aimed at stalling the progression of projects”.

Federal Resources Minister Keith Pitt told this masthead “the ability to seek judicial review is clearly an important part of a free and democratic society”.

“However, it is also clear that activists have been using the courts and our legal system with the sole intent of delaying legitimate projects,” Mr Pitt said.

Mr Samuel acknowledged judicial review, which tests whether decision makers have complied with the letter of the law, had been improperly used at times to “discover information and object to a decision”.

However, he said it was needed to improve decison making and noted only a small number of decisions had been challenged relative to the roughly 6500 projects referred under the act.

The report recommended community appeal rights be expanded to include “limited merits review” for development approvals, which would test the substance of a decision and the outcomes under the EPBC Act. Such challenges would be restricted to the material available at the time of the original decision.

Mr Samuel’s report was handed to federal Environment Minister Sussan Ley last week ahead of a looming Senate vote on a bill that aims to speed up development and boost the economy by cutting green tape. It called for a comprehensive suite of reforms which he said was needed to improve environmental protections and prevent further wildlife extinction.

“Implementing the package of recommended reforms … will reduce the need for legal challenges. This is because the underlying reasons for these challenges will have been addressed,” the report said.

Ms Ley said she was considering the review’s findings while Mr Pitt said he was confident the government’s response would “find the right balance”.

The Environmental Defenders Office (EDO) welcomed the call for merits reviews, but said the devil would be in the detail on “how such a pathway would work and what limits would be set in legislation”.

“We’d like to see the government release a full response to the Samuel review that takes his recommendations seriously and creates the assurance accountability and standards frameworks that he recommended,” Mr Trezise said.