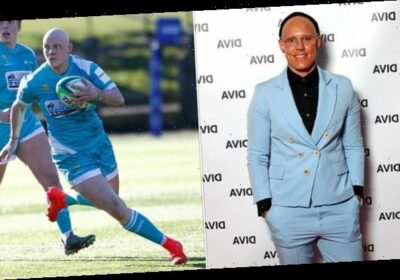 A women’s rugby player who suffers from alopecia has opened up about being thrown out of bathrooms after people repeatedly thought she was a man due to her bald head.

English Rugby Seven player Heather Fisher, 36, from Birmingham, has been living with the hair loss condition for 11 years since she first realised she was losing her locks aged 25.

Speaking in the 22 Voices podcast, launched today by the Birmingham 2022 Commonwealth Games to mark International Women’s Day, the athlete opened up about being mistaken for a man.

She revealed she had previously been kicked out of female public bathrooms because others assumed she was male – with police even ‘waiting outside’.

Heather also discussed the stigma still surrounding female rugby players and the foolish questions she sometimes has to answer, such as: ‘Do women tackle?’ 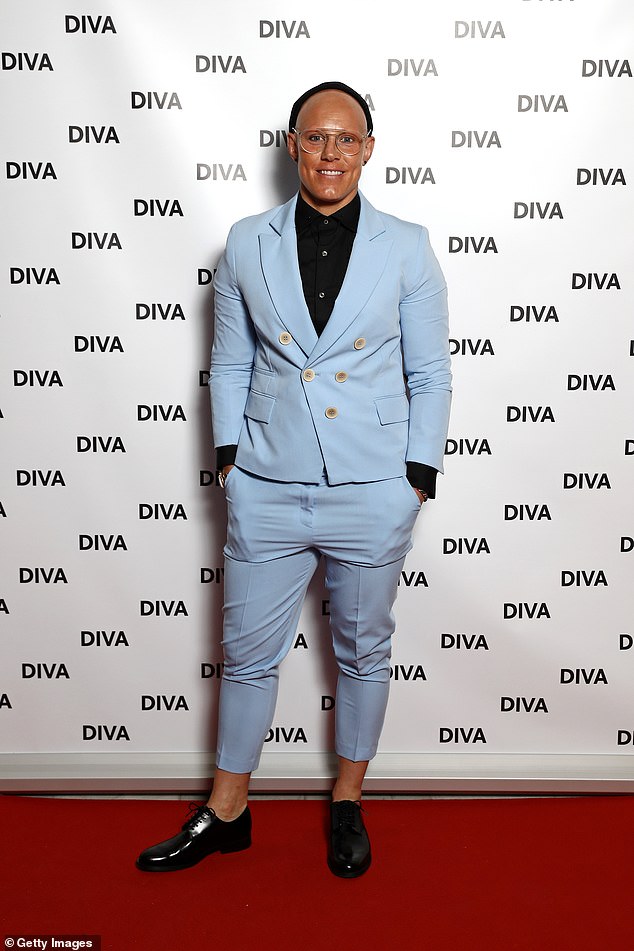 Rugby Seven player Heather Fisher, 36, from Birmingham, opened up about being mistaken for a man and kicked out of bathrooms due to her bald scalp, caused by alopecia, on the 22 Voices podcast, launching today to mark International Women’s Day (pictured in London in June 2019)

‘People instantly kick me out of toilets, instantly think I’m a bloke,’ Heather said on the podcast.

‘I’ve got to the stage where I’ve had broomsticks push me out of toilets before and police waiting for me outside of toilet areas because they think I’m a boy, all because I’ve got no hair,’ she added.

She’s also said she felt gender plays a massive part in how female rugby was perceived.

‘You get asked questions like, “Do women tackle? Do you do what the boys do?” Are you serious? We play the sport, of course we tackle. It’s amazing how gender still plays a massive part in it.’ 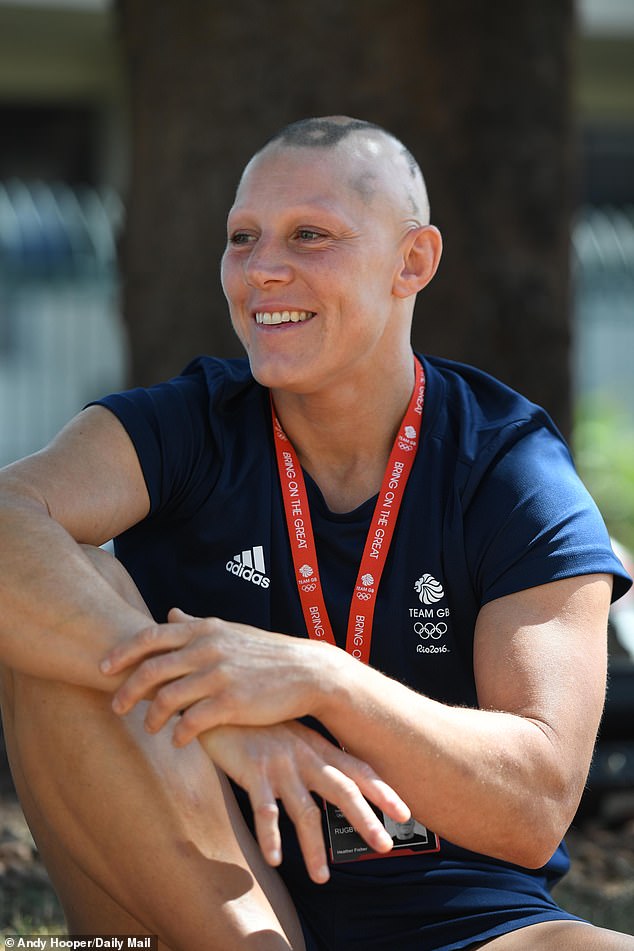 Heather has opened up about struggling with alopecia and anorexia in the past, and how it had affected her confidence.

In a first-person account for Stylist’s Made By Olympian series published in 2020, she admitted losing her hair had impacted her femininity.

‘I still don’t know the cause but it’s impacted my identity as a female athlete over the past decade,’ she said.

‘I’ve always been a big character on the pitch, and many people assume I have the same level of confidence when I’m not playing rugby – but, actually, it’s the opposite,’ she added.

Alopecia, which causes baldness, is thought to be an autoimmune disorder. The immune system – the body’s defense system – turns on itself.

What are the symptoms?

‘Typically, one or more small bald patches, about the size of a 50p piece, appear on the scalp. The hair can start to regrow at one site, while another bald patch develops. Hair may also begin to thin all over the head,’ says Marilyn Sherlock, chairman of the Institute of Trichologists.

‘For some reason, the body’s immune system begins to attack its own hair follicles. Special white blood cells in the body, known as T-lymphocytes, cause the hair to stop growing,’ she adds.

Can worry make it worse?

Stress has been shown to prolong the problem.

Is it an inherited condition?

There is strong evidence to suggest that alopecia, like other auto-immune diseases, runs in families. About 25 per cent of patients have a family history of the disorder.

Alopecia areata usually affects teenagers and young adults, but it can affect people of any age. It is just as common among men as women.

Is there a cure?

There is no known cure, although there are various treatments which may be effective for some people.

She added that she didn’t think people realised how much of a hit her hair loss was to her self-esteem at the time where she lost her locks in 2010, adding it took her two years to leave her house without wearing a hat to hide her bald scalp.

She told Stylist she was once driven to showing authorities her breasts to prove her gender after someone had called the police on her, thinking she was in the wrong bathroom.

She said these occurrences made her angry, and also had left her feeling ‘lost,’ and had driven her to put wigs on so that no one would look at her. 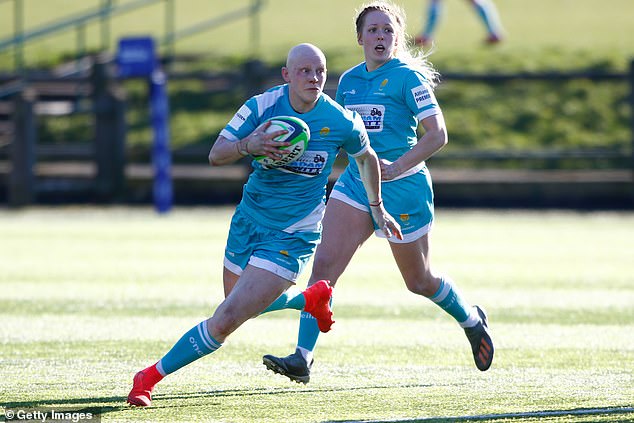 Heather, pictured, said losing her hair led her to struggle with her identity as a female rugby players (pictured while playing for Worcester Warriors during the Loughborough Lightning and Worcester Warriors Allianz Premier 15s match on February 2021)

As a teenager, Heather suffered from anorexia, which already knocked her confidence alongside her parent’s divorce.

She told England Rugby that she always wanted to ‘prove herself’ from a young age following her parents’ divorce.

‘It was about taking myself to that next level and having that mental attitude,’ she said.

Heather said it took her a year to realise she needed to talk to someone about her eating disorder, which led her to see specialists about her condition.

However, she said she believed an eating disorder never leaves someone.

She shared how practising rugby and being on the pitch had brought her solace and a safe space she could evolve in, and how she had learned to be proud or herself and to embrace her baldness, curating her wardrobe to her style.

Heather represented the UK in the 2010 Women’s Rugby World Cup, and was a member of Team GB in rugby sevens at the Summer Olympics of 2016 in Rio.