Rice Krispies Treats have been around almost as long as Rice Krispies themselves — although interestingly, the exact origin of the dessert is unclear. Rice Krispies first hit the scene in 1928, per the official timeline; then, an early version of what we now know as Rice Krispies Treats came along in 1932. This version, however, didn’t include marshmallows, which are a major feature of today’s version of the treat. The recipe including marshmallows came along in 1939 — and ever since then, new ways to enjoy the dessert have rolled out with some regularity, from cereal to pre-packaged squares.

I was able to get my mitts on a couple of pouches prior to the release, so if you’re curious about what each of these flavors taste like, here’s what I thought. 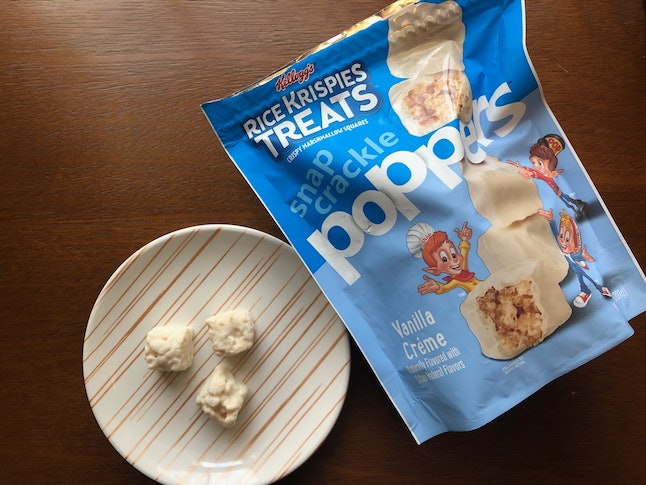 On first sniff, these treats are pretty mild; mostly, they just smell like marshmallow to me. Texture-wise, they’re nice and chewy, just as a good Rice Krispie Treat should be — even a bite-sized one. It is, however, very, very sweet. If you took the general Rice Krispie Treat flavor — which is, essentially, butter and sugar — and not only packed the things full of it, but also wrapped them up in it, that’s what this is. It’s a bit much for me (which is really saying something, as I have quite the sweet tooth); I probably wouldn’t feel compelled to eat multiple Vanilla Crème Poppers in one sitting. The smooth, creaminess of the vanilla coating contrasts nicely with the crispy, chewy treat inside it, though. 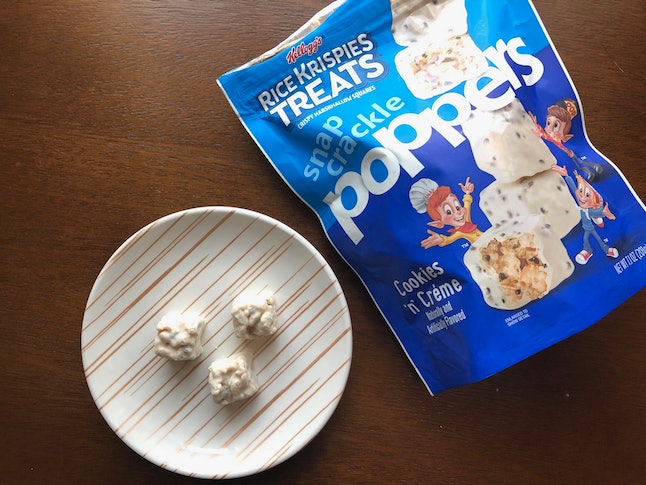 The Cookies ‘n’ Crème ones, meanwhile, do actually smell like Oreos (except not, because Oreo isn’t a Kellogg’s brand — I believe "chocolate sandwich cookies" is the generic term). In terms of flavor, they’re sort of like a slightly less sweet, more complex version of the vanilla ones. Little crumbs of chocolate cookies dot the treats both inside and out — and even though they look tiny, they pack some surprisingly big flavor. I like these ones more than the vanilla ones; I’d be much more likely to grab a handful of them for dessert.

And then, there are the Chocolatey ones. 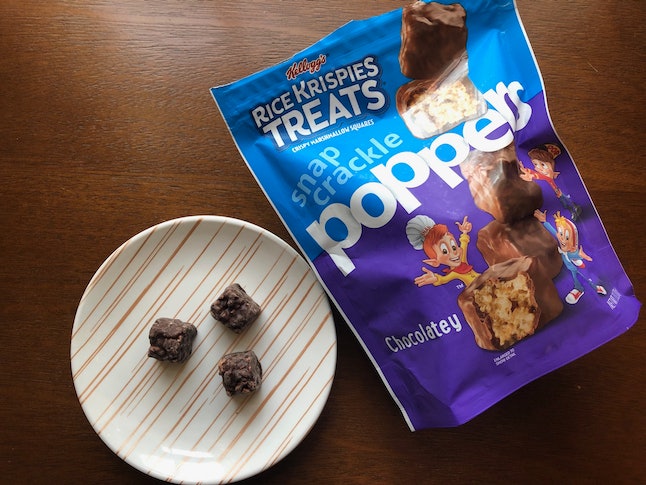 I’ll be honest: I was not prepared for the massive gust of chocolate-scented deliciousness that exploded from the bag when I opened these things. They are aggressively chocolatey. If that’s not your jam, you probably won’t like these—but if you do have a fondness for chocolate, buckle up, because Chocolatey Rice Krispie Treats Poppers are going to take you for a ride. 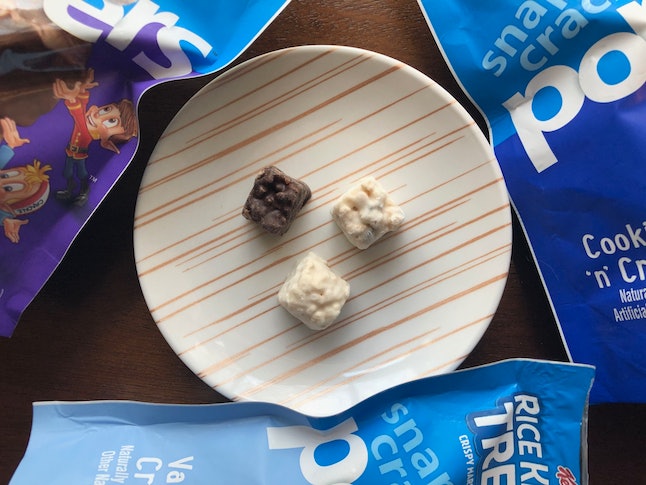 Overall, I’d rank the Chocolatey and Cookies ‘n’ Crème Poppers on the higher end of the scale than the Vanilla Crème ones. That’s not to say that the vanilla ones are bad; the other two are just more my speed. If you do better with exceptionally sweet treats than I do — or if chocolate and cookies and cream just don’t float you proverbial boat — you might be more into the vanilla ones.