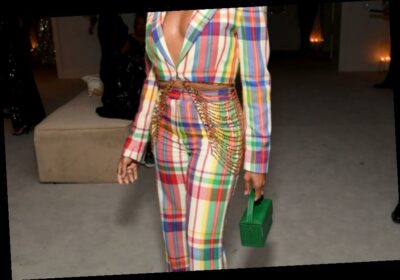 Award-winning actress Regina King will host Saturday Night Live for the first time on Feb. 13. The coveted gig has a host of A-list celebrities behind its name, from Chris Rock to Chance The Rapper, and now King joins the all-star list.

In an announcement via Twitter, The American late-night television show revealed that it is slated to return on January 30 after its last episode aired in late December of last year. Season 46 premiered in-studio last October and its upcoming shows this spring will have industry celeb hosts that fans are raving over.

King’s hosting debut will premiere after The Office actor John Kransinski on Jan. 30 and Schitt’s Creek star and co-creator Dan Levy the following week. Kransinski was set to host the show back in March, however filming and production halted abruptly due to the coronavirus. Levy, Kransinski and King will be accompanied by respective musical guests Phoebe Bridgers, Machine Gun Kelly and Nathaniel Rateliff.

King is no stranger to the limelight as her acting resume boasts Oscar, Golden Globe and Emmy award wins for her stellar performances in If Beale Street Could Talk, American Crime, Watchmen and Seven Seconds. In her latest slew of accomplishments, the multi-hyphenate recently released her directorial debut One Night In Miami, available in theatres and on Amazon Prime Video. The feature film’s plot centers the friendship of Cassius Clay, Malcolm X, Jim Brown and Sam Cooke.

It has been speculated that Kransinski’s first episode of the spring line-up will include a skit on the inauguration of President Joe Biden and Vice President Kamala Harris with Maya Rudolph and Alex Moffat playing the respective roles. SNL will continue consecutive shows on Feb. 20 and Feb. 28 as upcoming guests have yet to be announced. The shows will air at 11:30 p.m. on NBC.