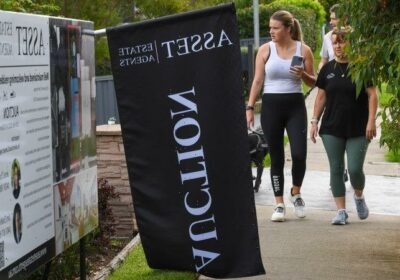 The Reserve Bank has lifted the official interest rate to 0.35 per cent less than three weeks before a federal election focused on cost-of-living pressures. 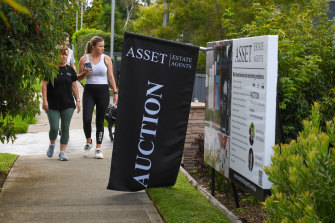 The increase is likely to be the first of a series aimed at combating inflation.Credit:Peter Rae

It is the first increase in official interest rates since November 2010 and the first intervention by the bank during an election campaign since 2007.

The rise is likely to be the first of a series aimed at combating inflation, which reached 5.1 per cent in the year to the end of the March quarter.

The decision will play directly into an election campaign dominated by cost-of-living issues.

Ahead of the announcement, Labor leader Anthony Albanese said the Coalition had to take some responsibility for the increase.

“Scott Morrison, of course, is happy to always take credit for anything that goes right. But he always says, ‘it’s not my job, it’s someone else’s fault, it’s nothing to do with me’ when things aren’t going so well,” he said.

Prime Minister Scott Morrison said Australians had a choice at the election over economic management, which he said would be better under the Coalition.

“Do they go with an economic plan that has worked and is continuing to work, which provides for strength in our economy in the future? Or a Labor Party that we know can’t manage money, that doesn’t have the experience to deal with these significant challenges and would lead to a weaker economy?” he said on Tuesday morning.

There are already signs that inflation, and the threat of a rate rise, is having an impact on consumers.

The ANZ-Roy Morgan weekly measure of consumer sentiment dropped 6 per cent over the past week, to its lowest level since 2010. Confidence fell in NSW, Queensland and South Australia, while it perked up a little in Victoria and Western Australia.

“The strong inflation result of 5.1 per cent was likely the prime driver of the drop in confidence as it increases the prospect of interest rate hikes by the RBA in the near future,” he said.