QUENTIN LETTS: Toiling against Brexit when 70 per cent of her constituents voted Leave, Yvette Cooper delivered her wobbly-headed flak yesterday in Parliament

Here in the pro-EU citadel of Westminster we had tumult, tantrums, European flag-waving and more interference from Speaker John ‘bent-as-a-beery-elbow’ Bercow.

Pro-Brussels protesters (are they being paid for it?) spent much of the day loitering by the broadcasters’ tents on College Green, trying to muscle in on the Sky News cameras. Only a few retired Army blokes in berets put the opposite view.

Best sight of the day was a pro-EU car purring past Parliament at 10.20am, blue flags fluttering from its bonnet as some voice inside screamed that Brexit must be stopped. The marque of the motor? Rolls-Royce.

Again, a few Brexiteers hovered in the margins. A chap on a bicycle teetered round Parliament Square, blasting forth Vera Lynn tunes and Elgar from a loudspeaker.

But mostly the mood here was one of aghast, insistent, bitter, foaming, kick-kicking Remoaner fulminations. The Euro loonies are better choreographed and funded and they have gone into orbit. 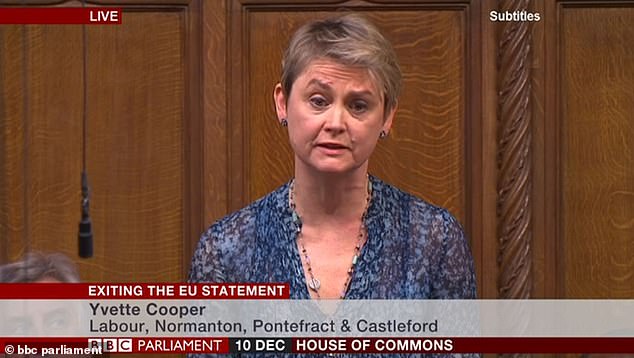 The Commons day began with Treasury Questions, chaired by Mr Accentuate the Positives himself, Philip Hammond.

He kept droning that the way to bring stability was for Mrs May’s Brexit deal to be supported. Sullen silence.

Labour’s John McDonnell used his most papery voice of grief to complain that ‘businesses can not face any more uncertainty’. This on the day when the latest jobs figures showed another leap in employment.

‘I say very gently to the Chancellor,’ said Bercow stickily, ‘to whom I have been listening with great care, that it is quite difficult to vote for something if there is not a vote. I am only trying to help him.

‘It is a point so blindingly obvious that I am surprised I have to state it, but manifestly I do.’ 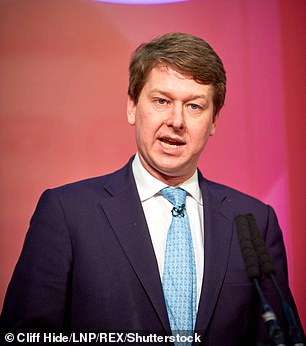 With that he boinged back on to his well-sprung seat, looking mightily chuffed with himself.

Repeat those words to yourself out loud and you may savour better their biased sarcasm.

At an hour most sensible people are pouring themselves a pre-prandial sherry we had an anti-Brexit Urgent Question, granted by Bercow to Yvette Cooper. Her Normanton, Pontefract & Castleford seat voted 70 per cent for Leave, yet she toils against Brexit.

The Government sent along junior minister Robin Walker to cop her wobbly-headed flak.

Young Walker is a delicious creation, keen to project smoothness yet a bit jabbery. Think trainee manager at a four-star hotel trying to soothe guests after a 2am fire alarm. 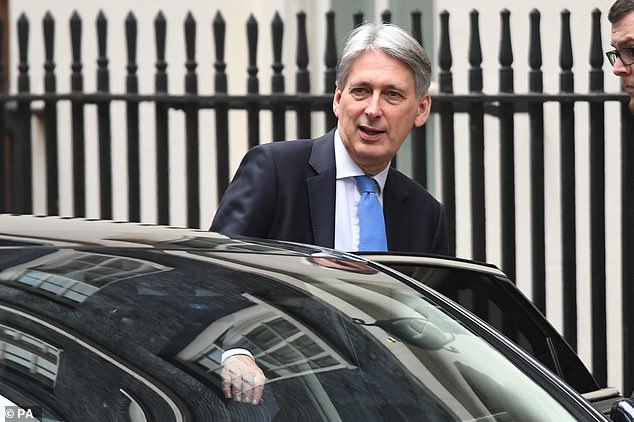 Tricky times for greasers. When we reached another Bercow-granted anti-Brexit debate, toadies such as Chris Philp (Con, Croydon S) and gaseous Simon Hoare (Con, N Dorset) did their best to distract Jeremy Corbyn – but to what end?

The debate, about the parliamentary timetable, was merely symbolic and the more Brexity parts of the Tory benches were near-deserted. Little Hoare got into a brief spat with Pro-Leave Tory Mark Francois (Rayleigh & Wickford).

Tory grandee Sir Nicholas Soames (Mid-Sussex) stared at Francois as though the fella were moulded from dog mess.

Down by daft corner, Anna Soubry (Con, Broxtowe) shrieked ‘hear hear!’ at Labour MPs and whispered behind her palm at a fellow Remainer, Nicky Morgan (Con, Loughborough). Mrs Morgan turned her head away and shifted her bottom. Does she realise how dotty Soubs sounds?

He was actually trying to make a Remain point but it could apply more powerfully to 2016’s mighty plebiscite as this Parliament wriggles with denial and seeks to block the people’s will.